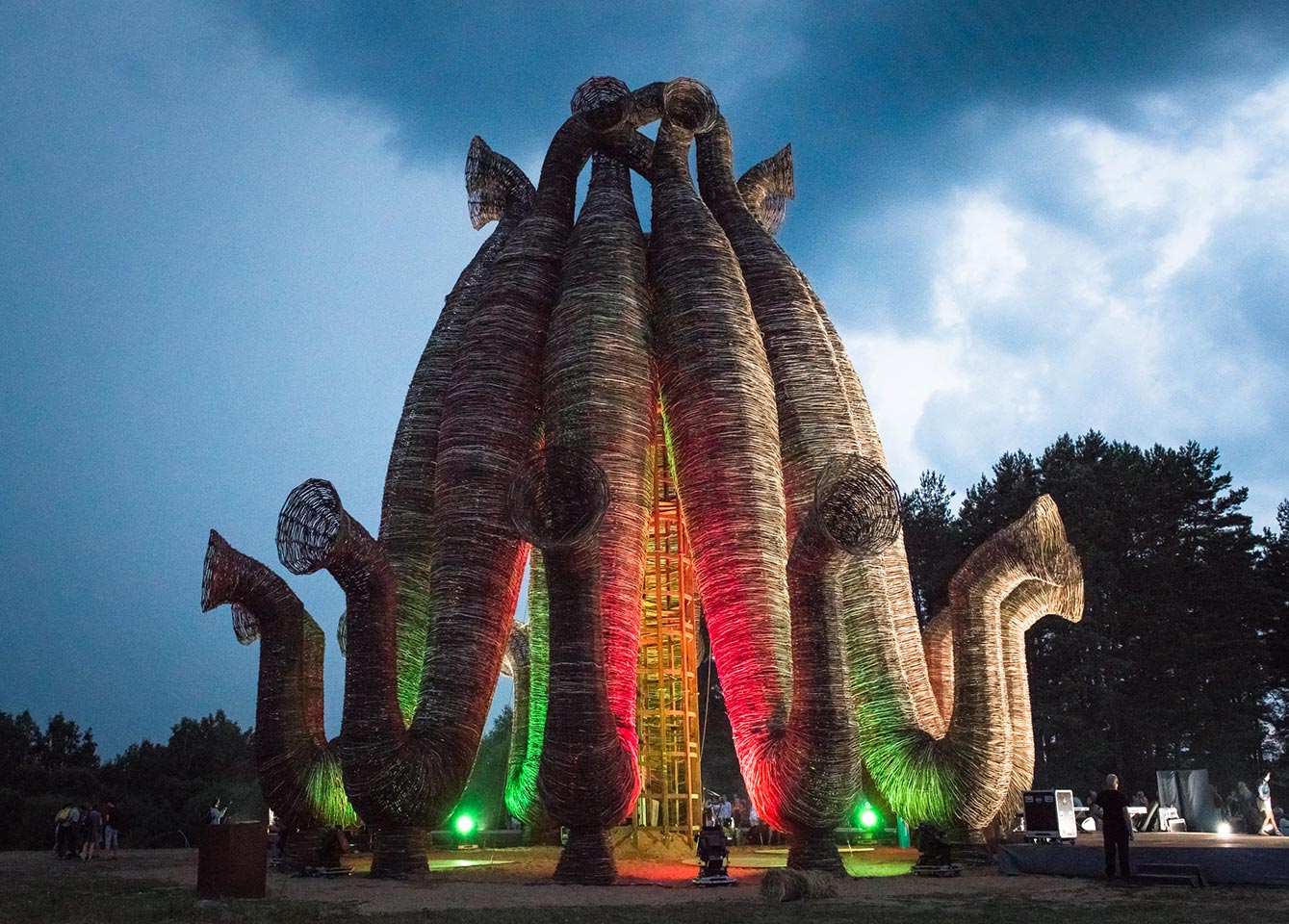 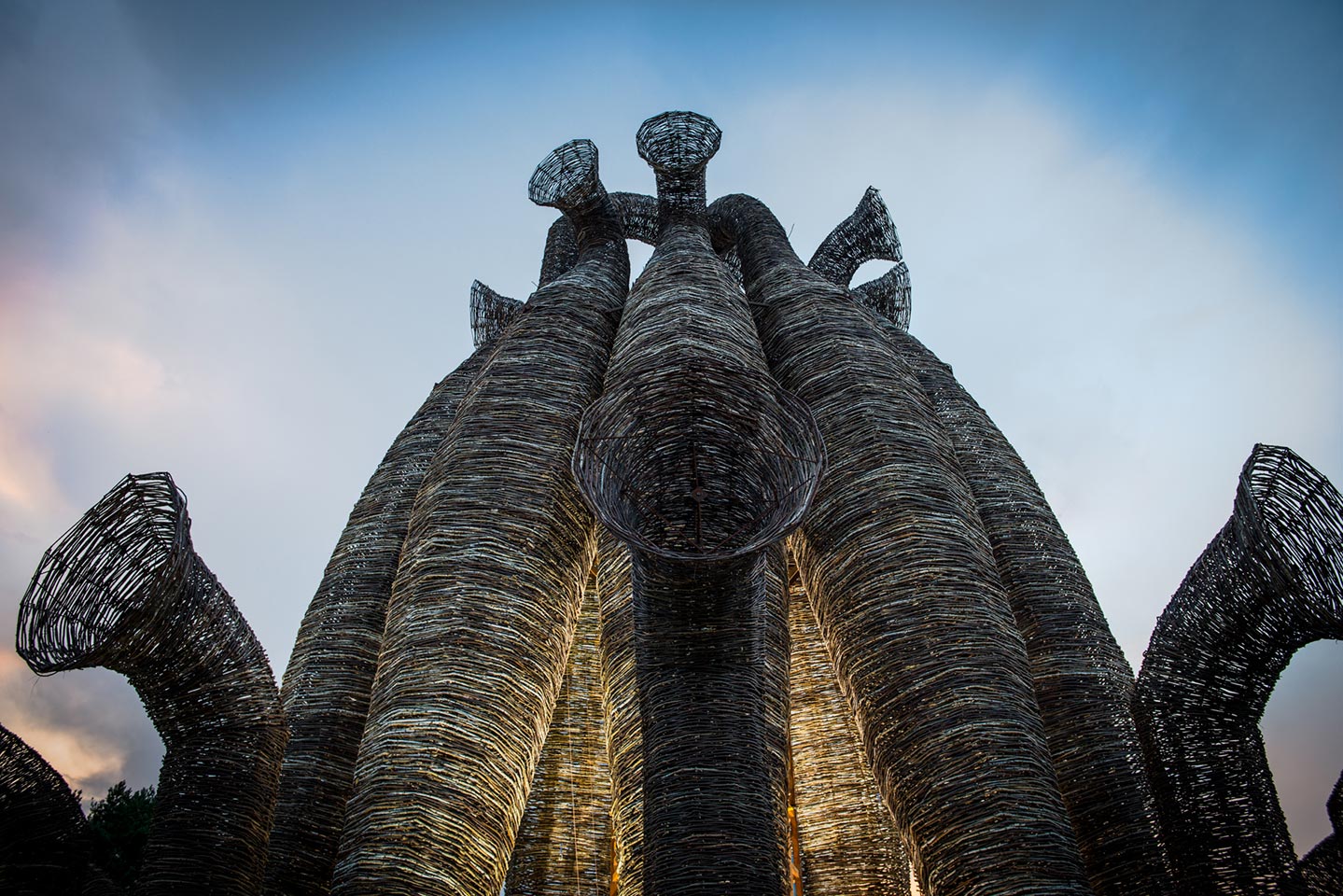 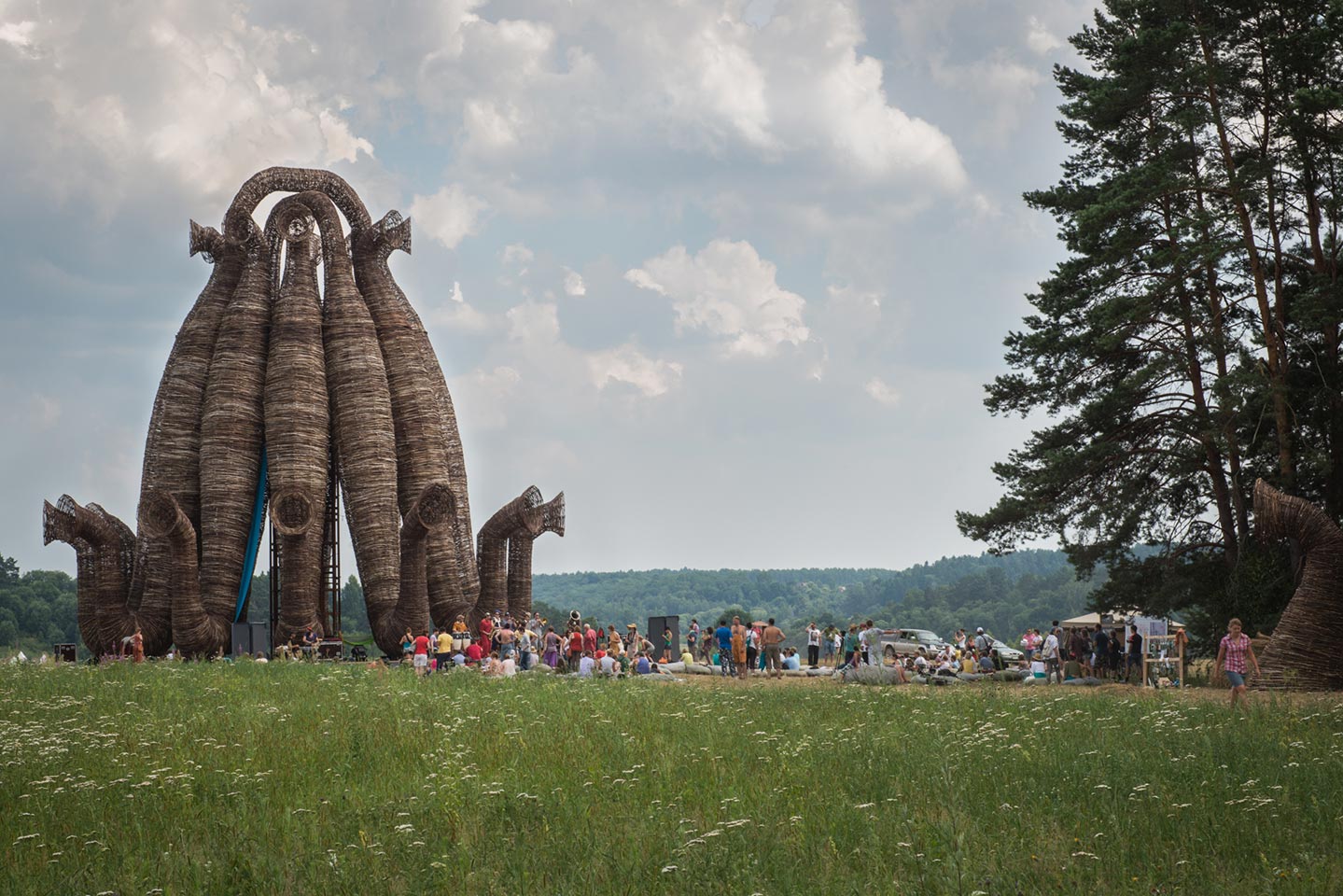 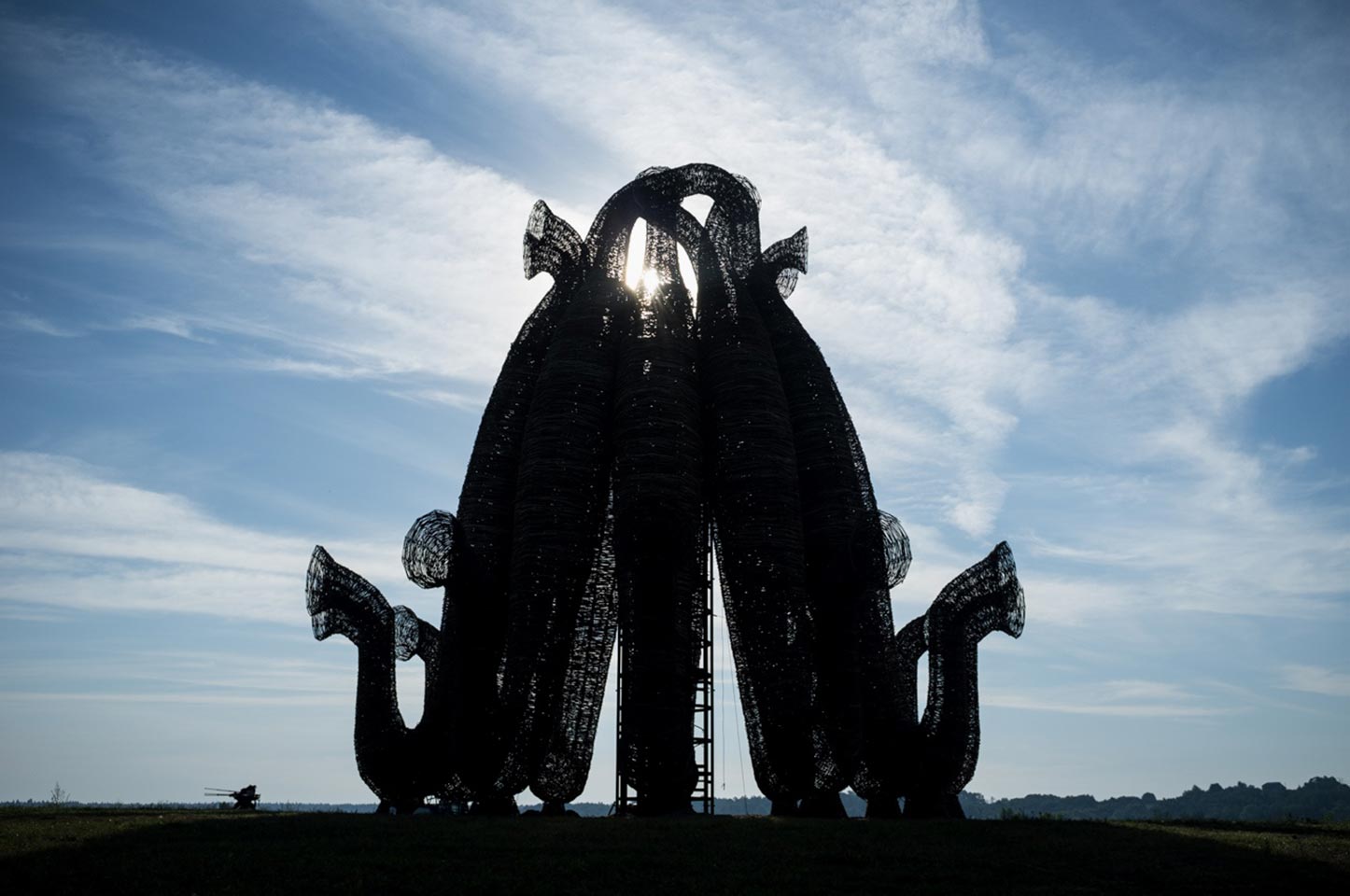 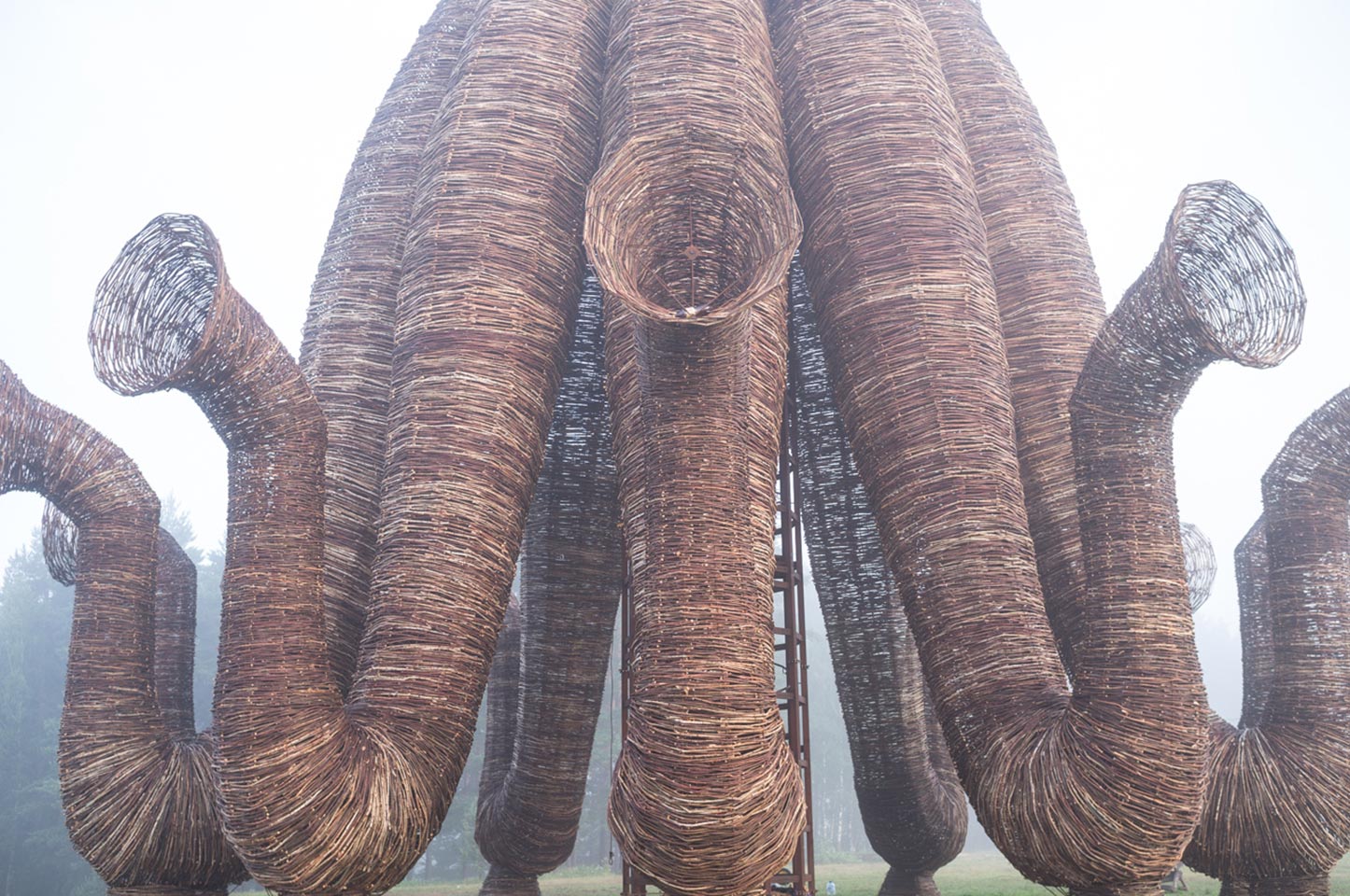 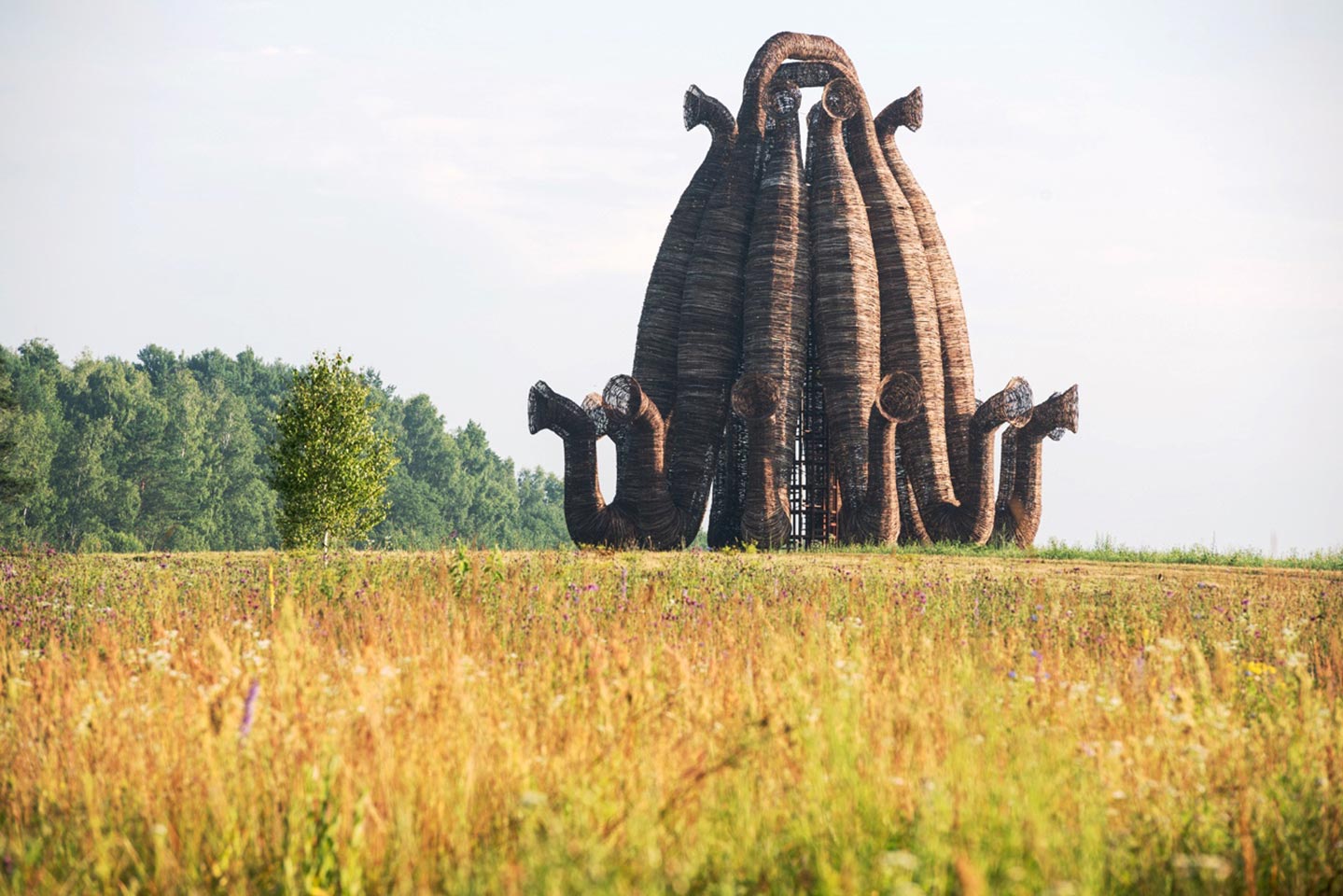 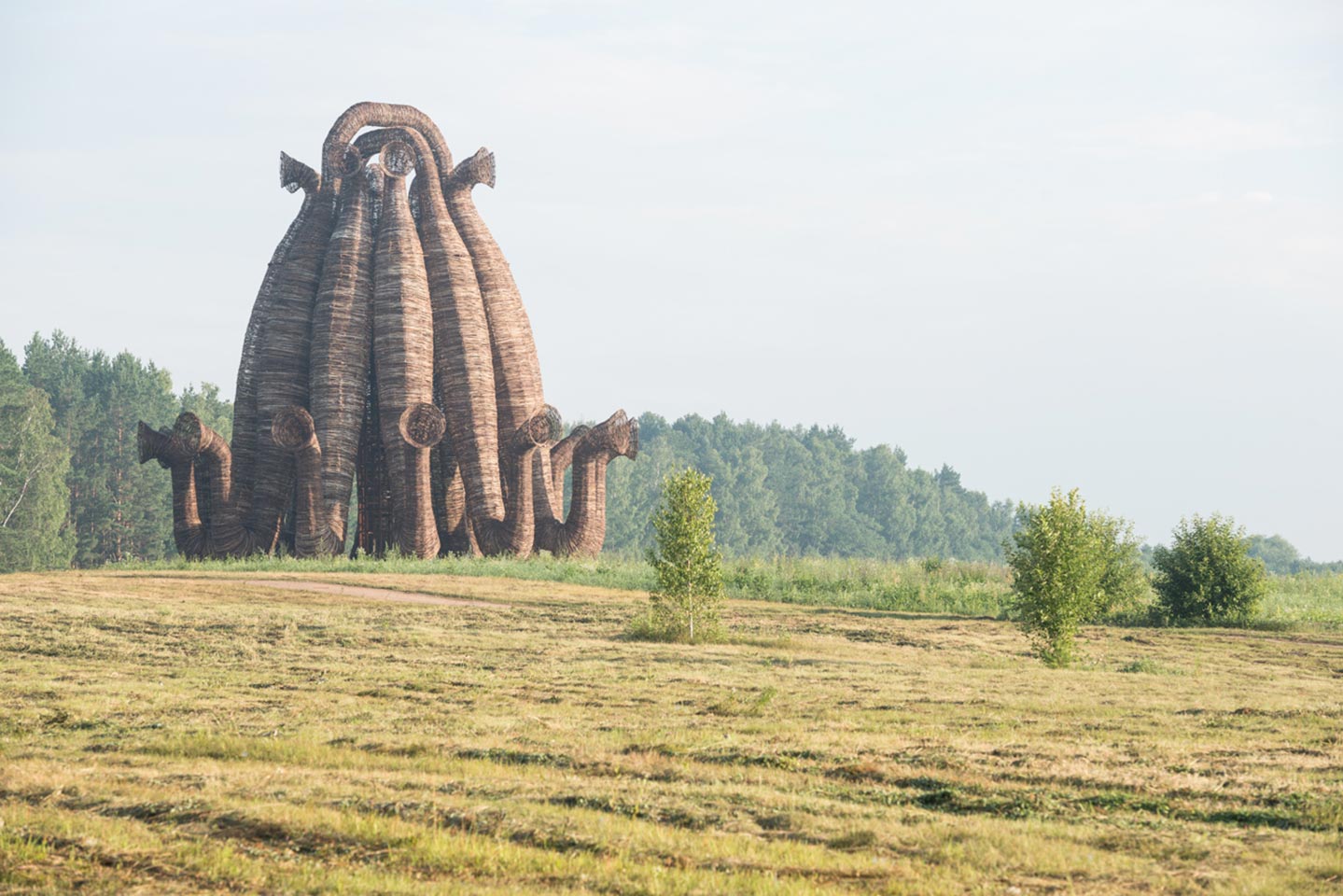 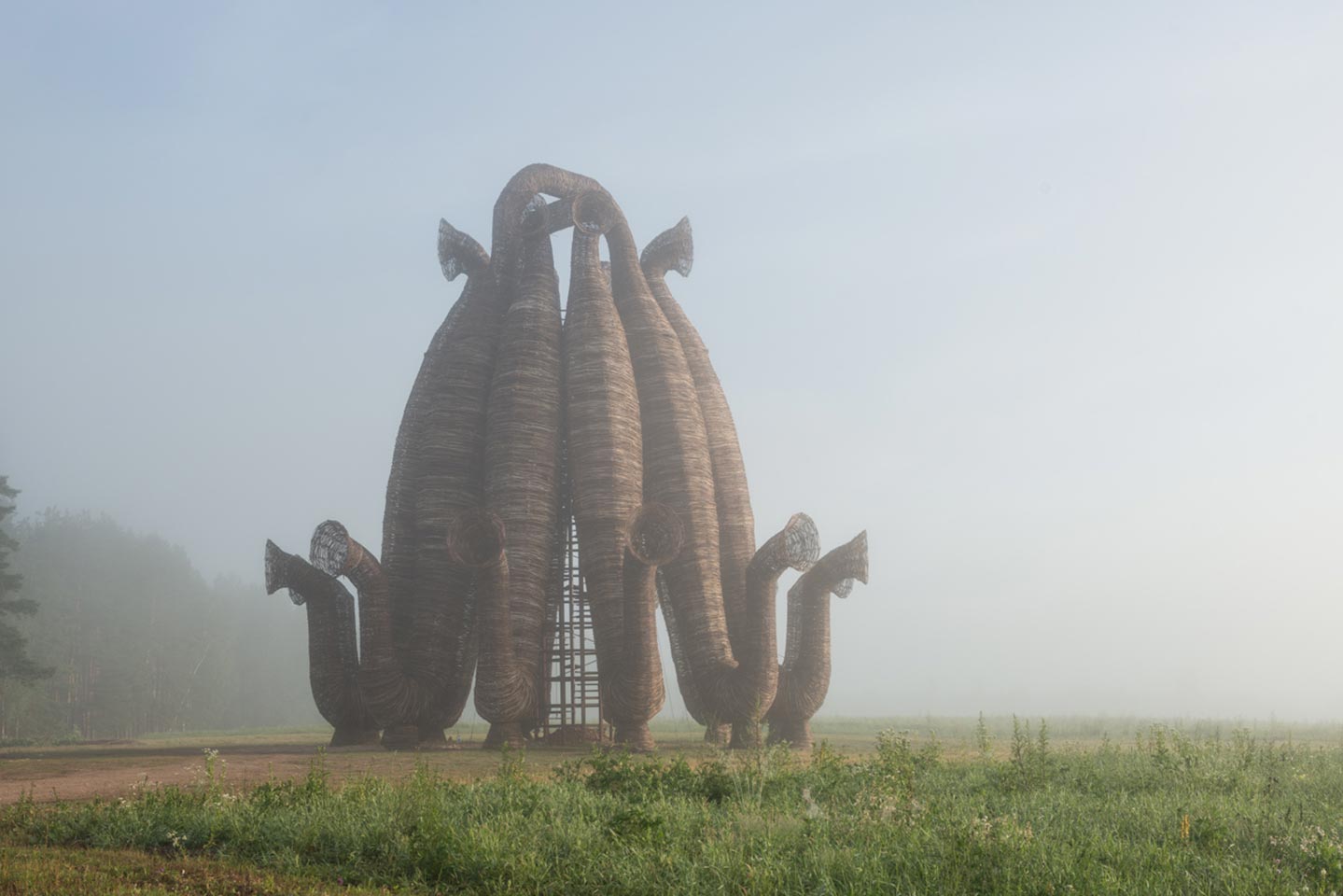 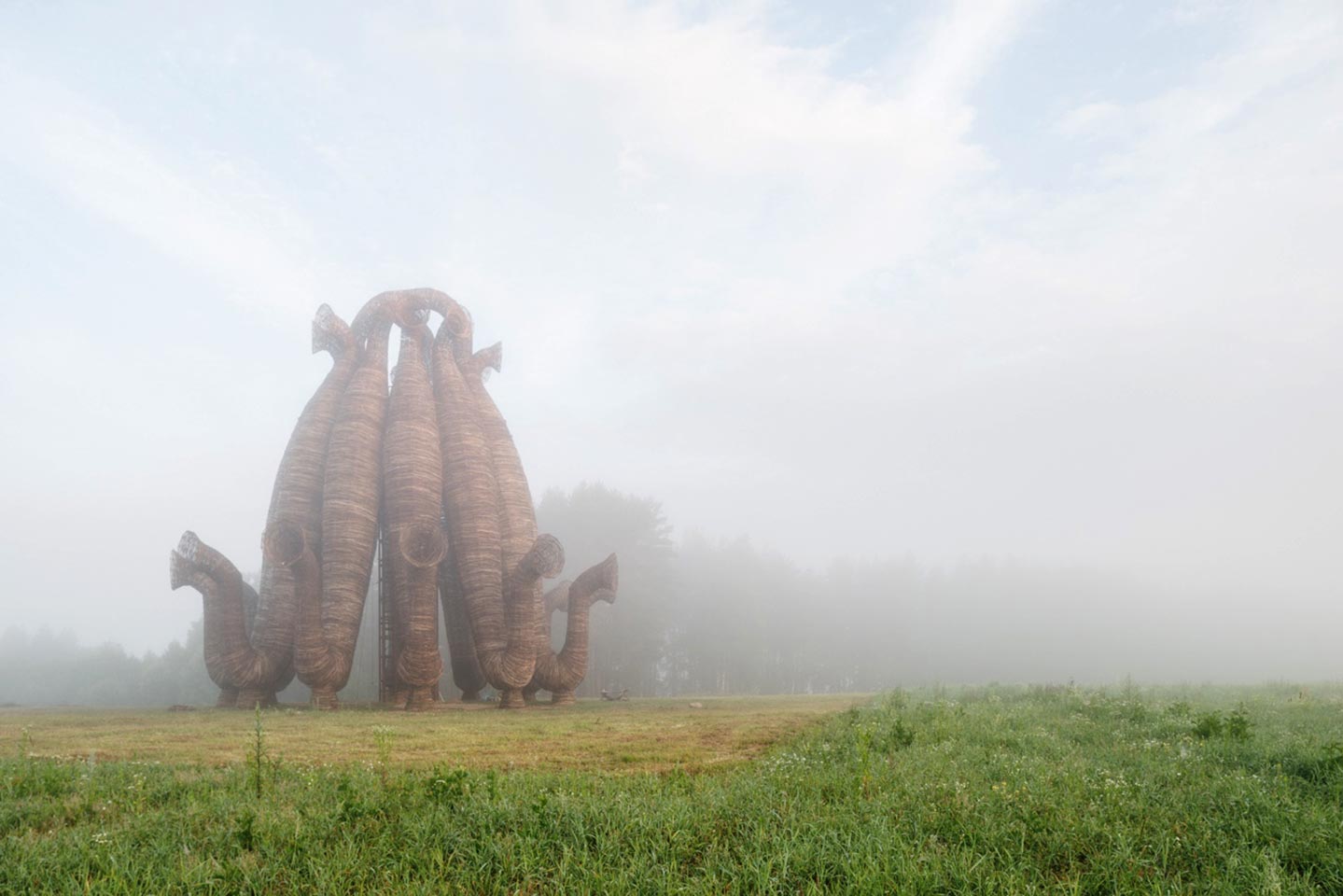 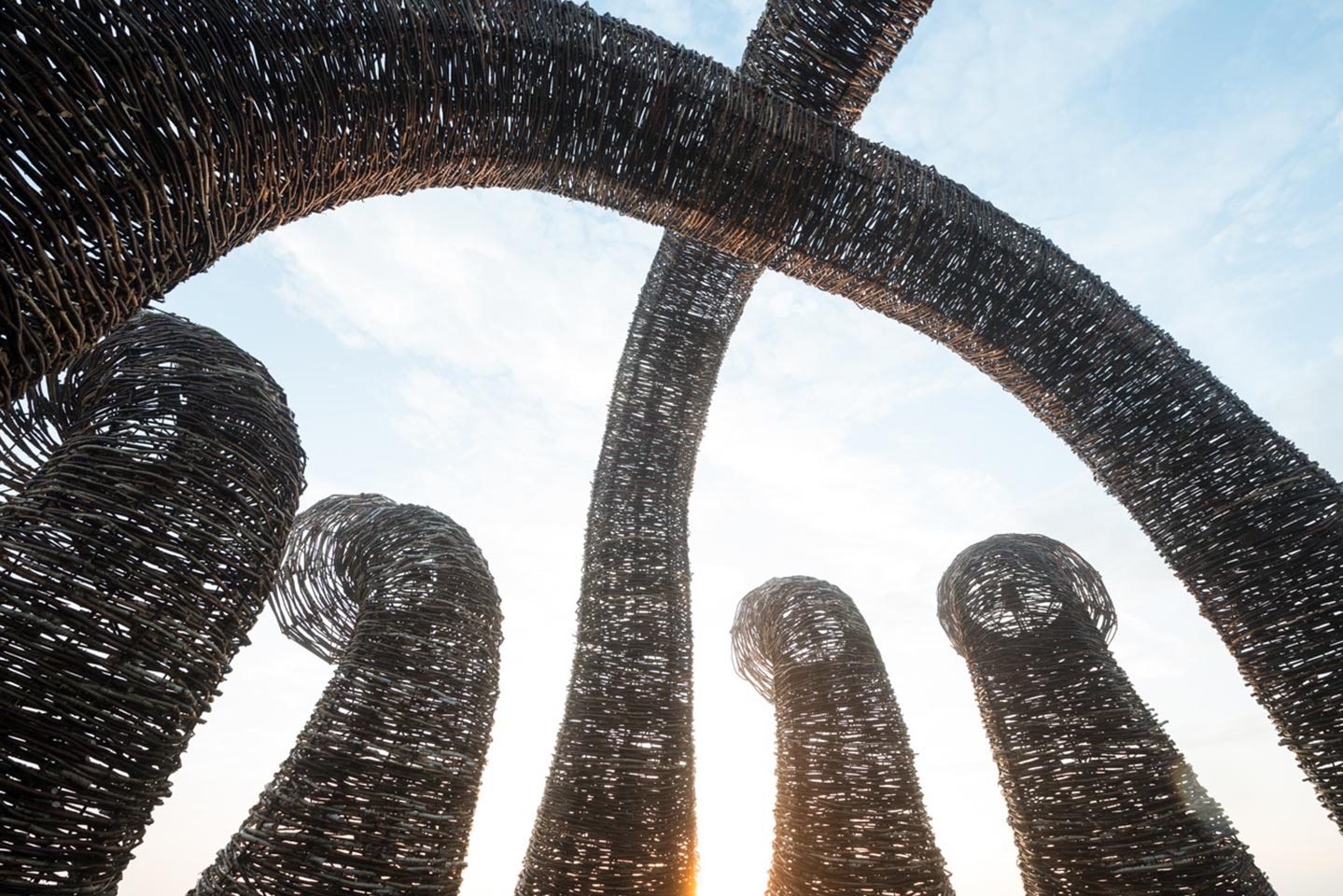 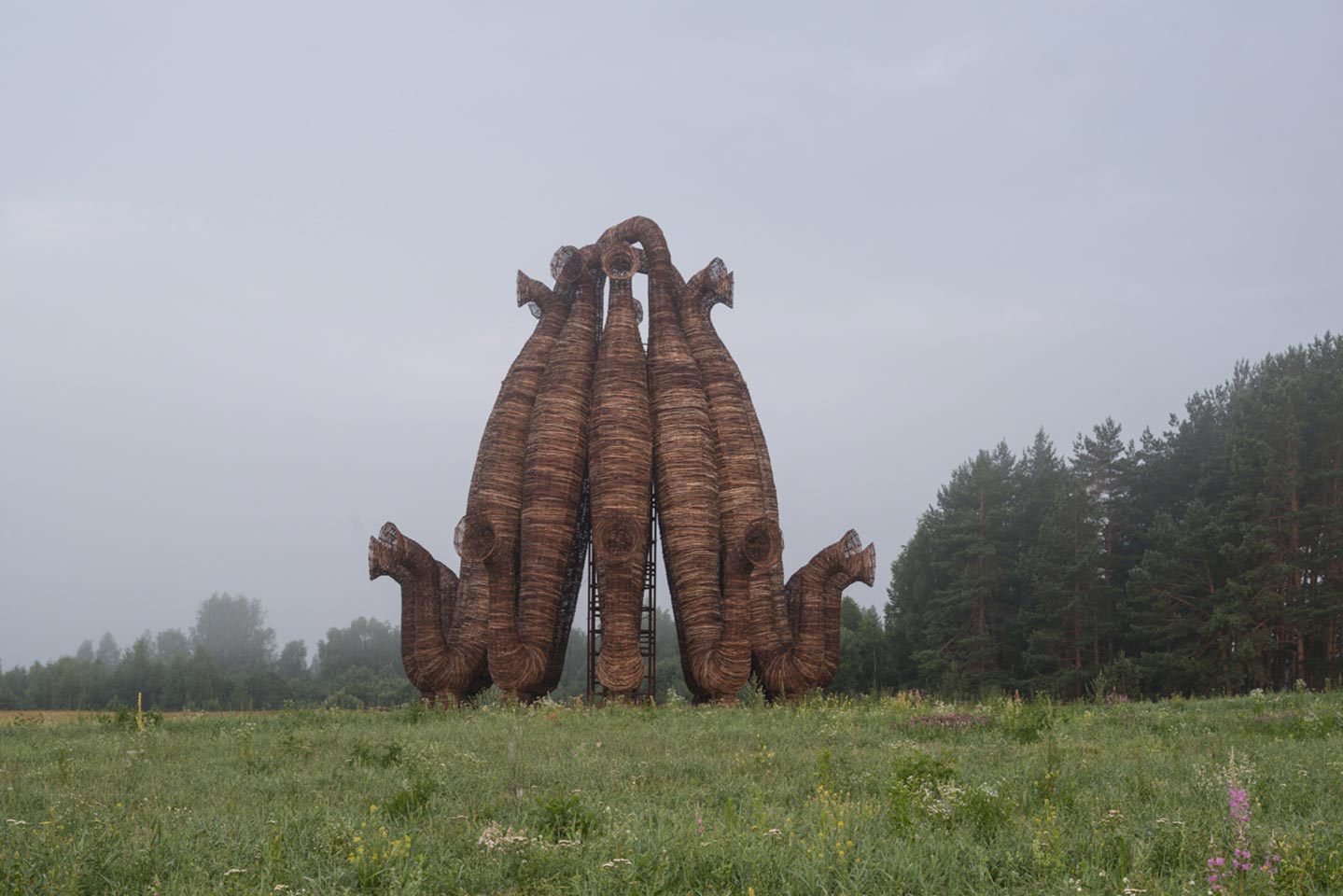 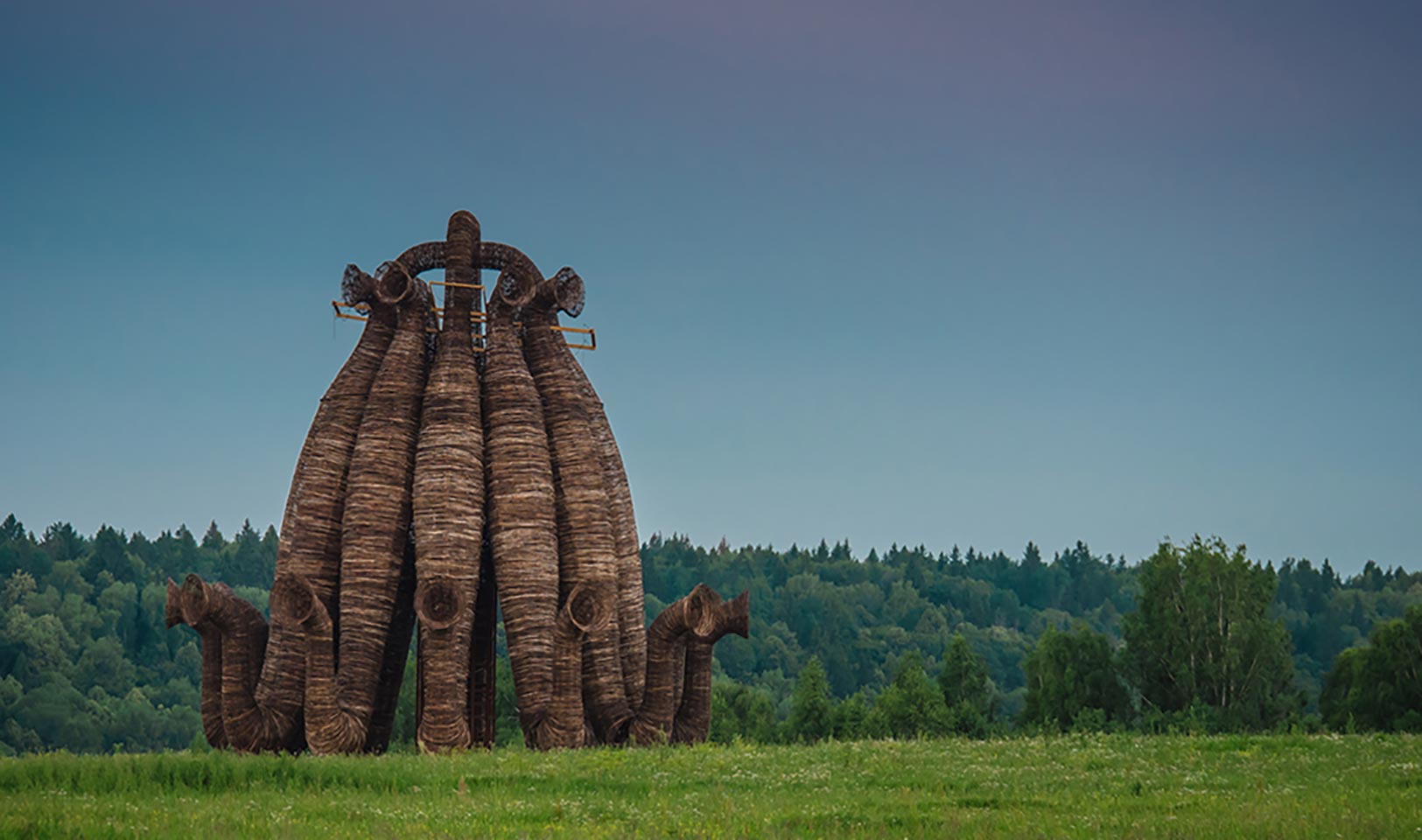 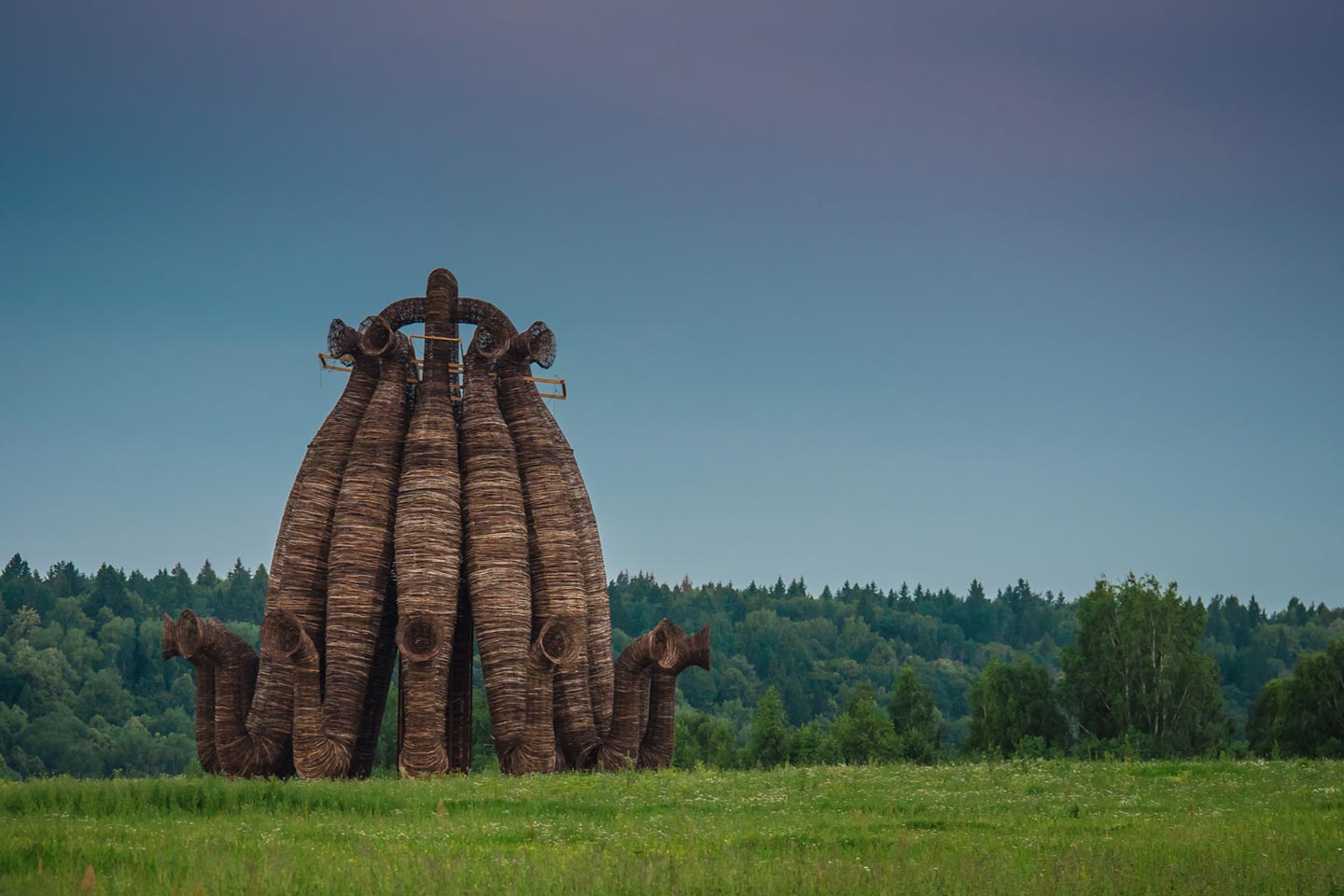 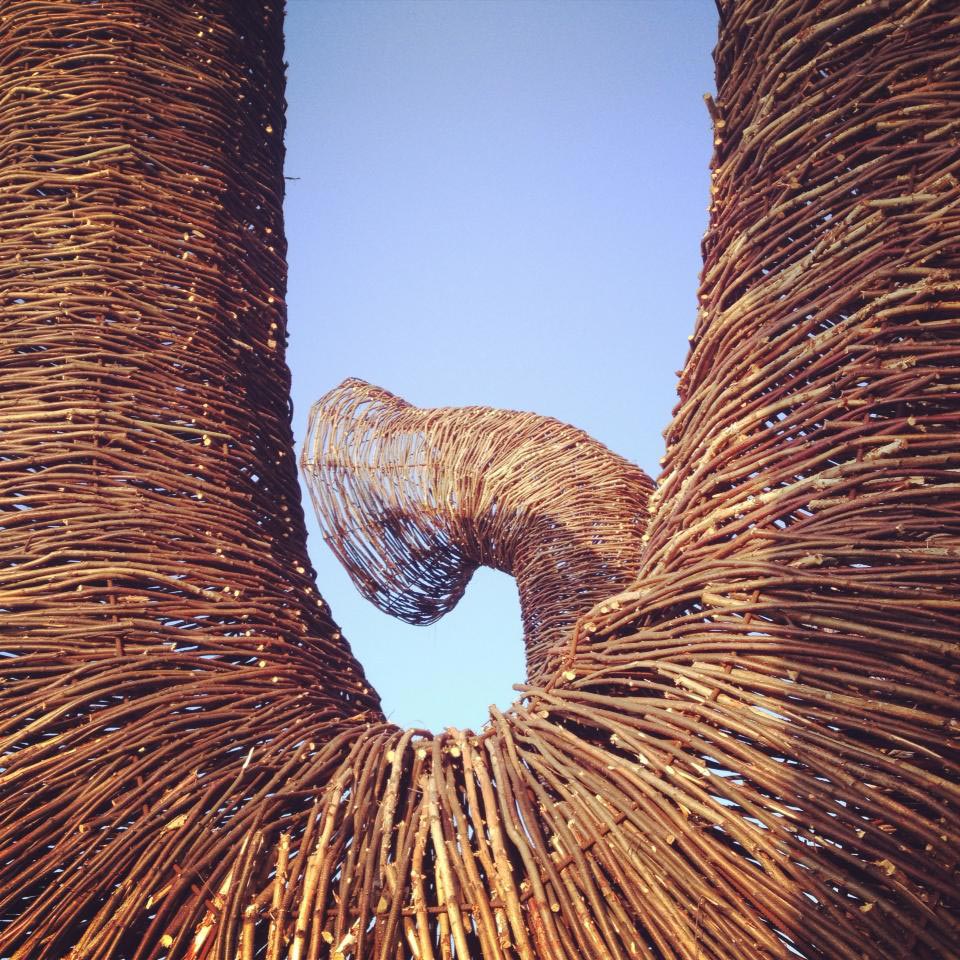 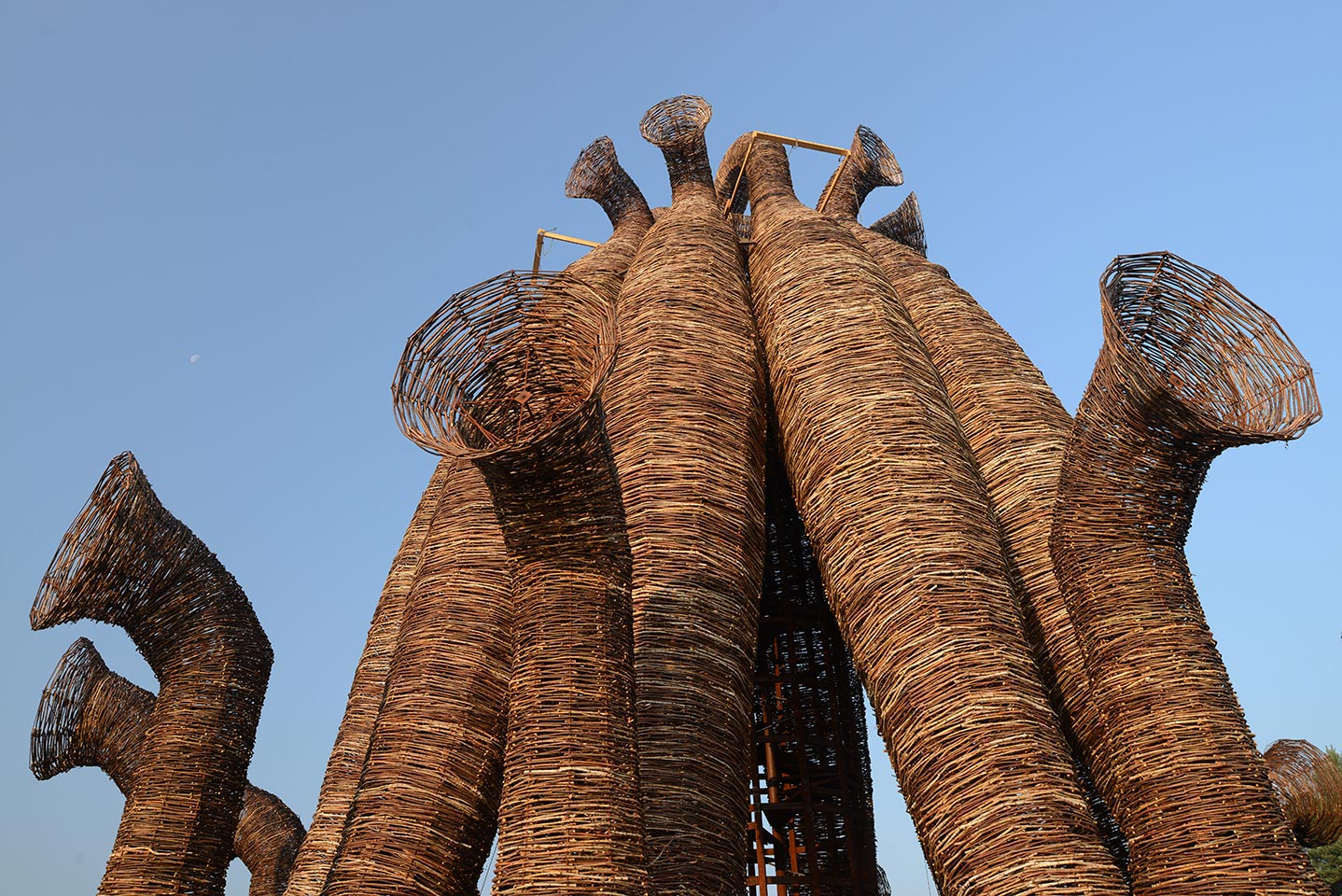 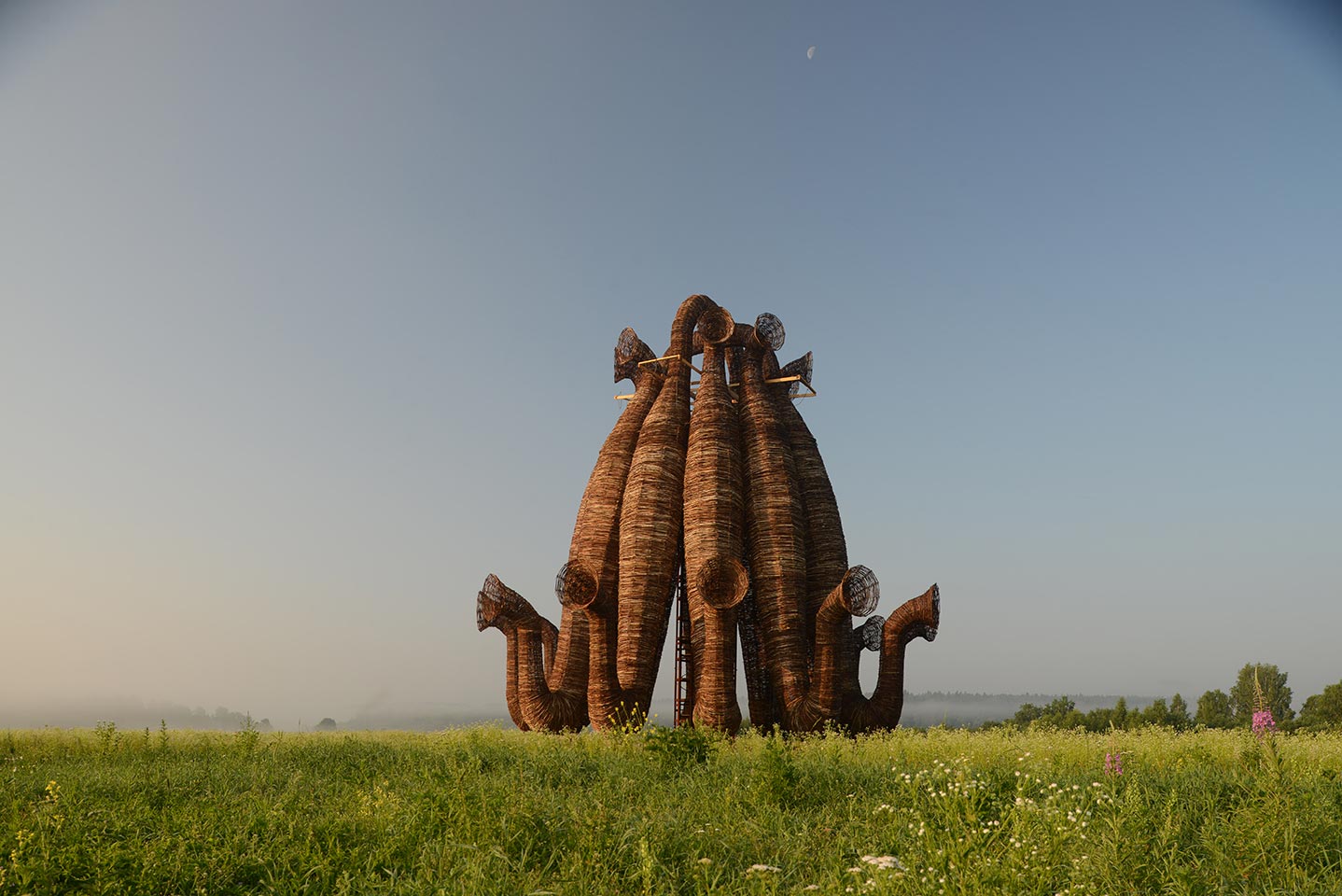 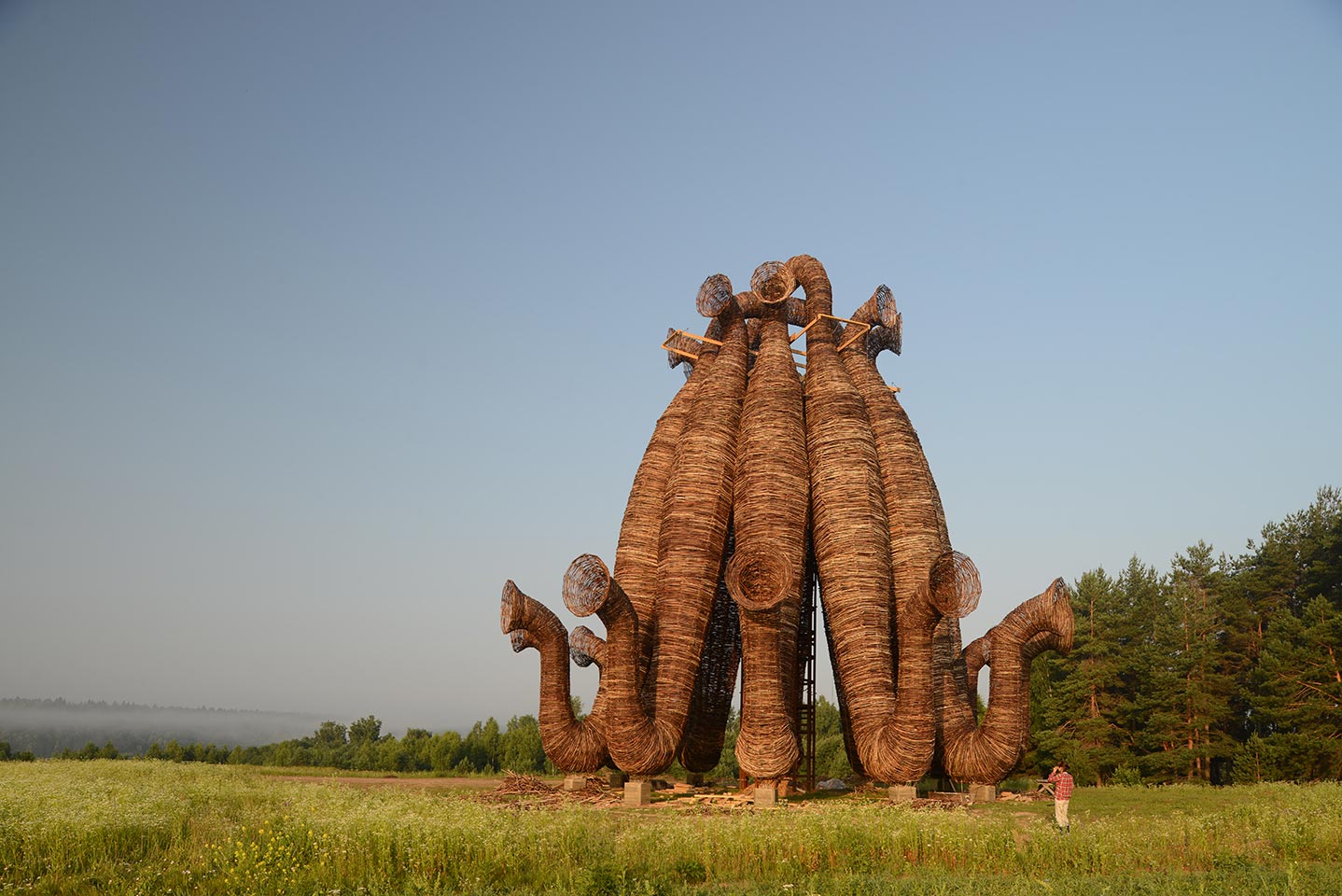 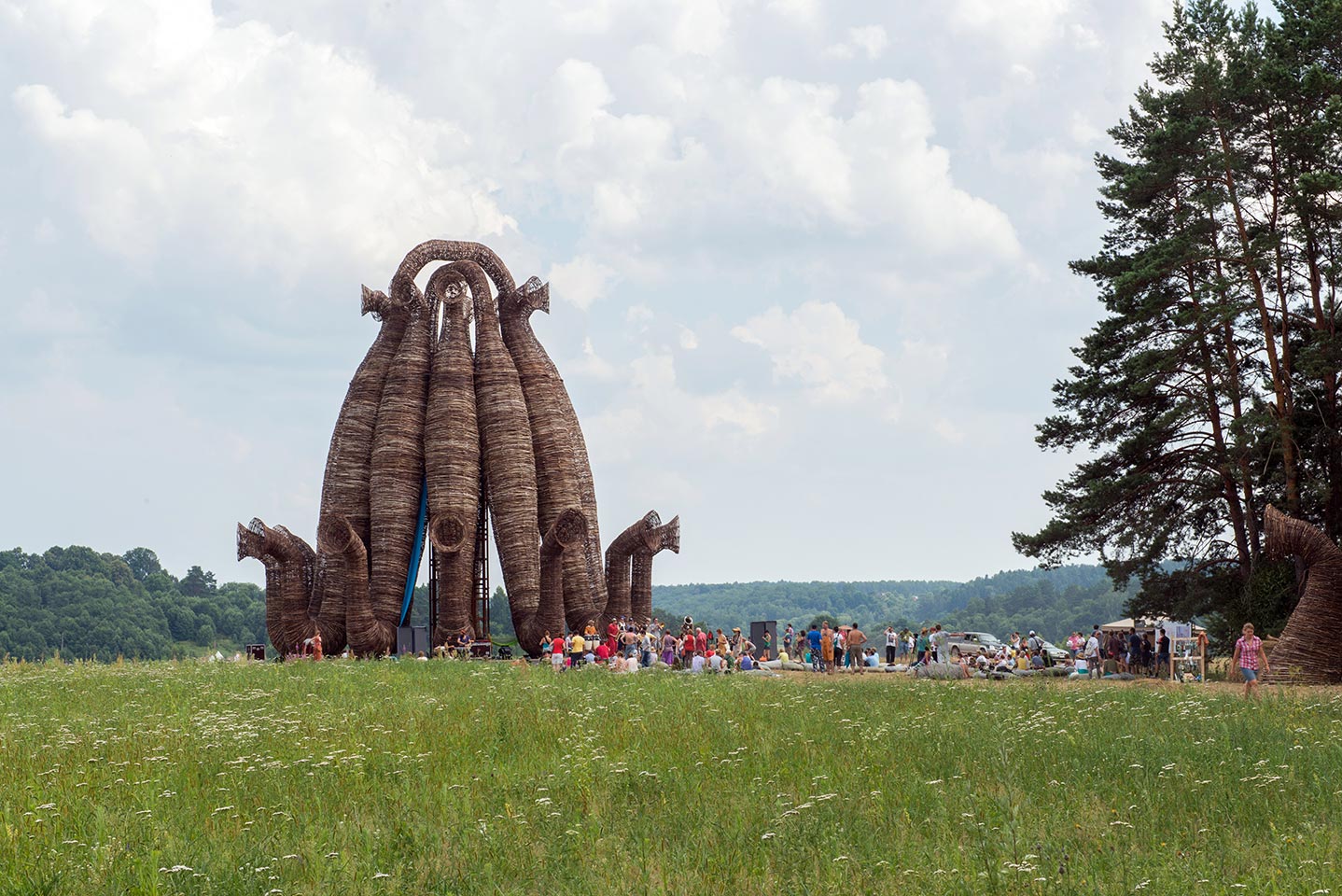 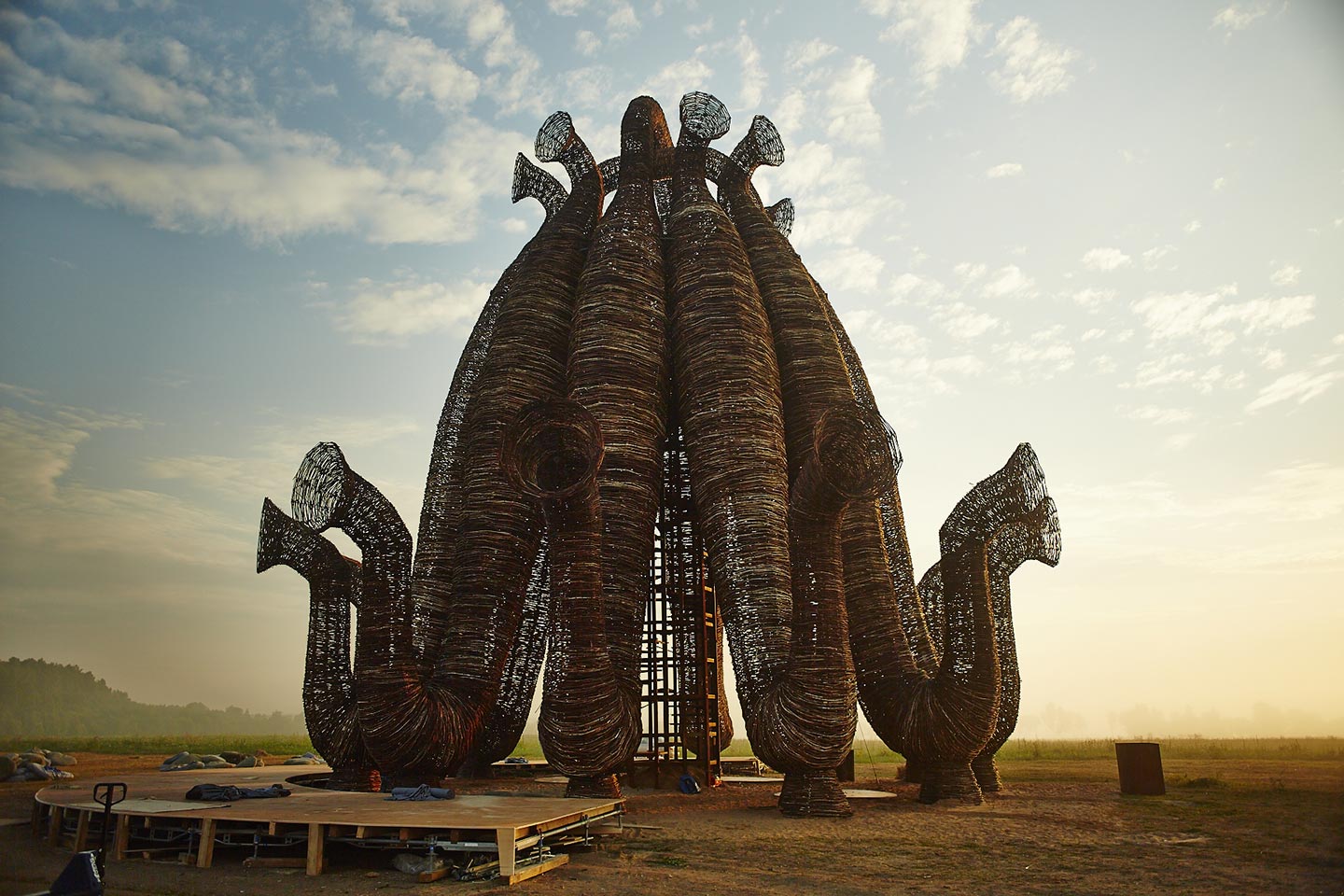 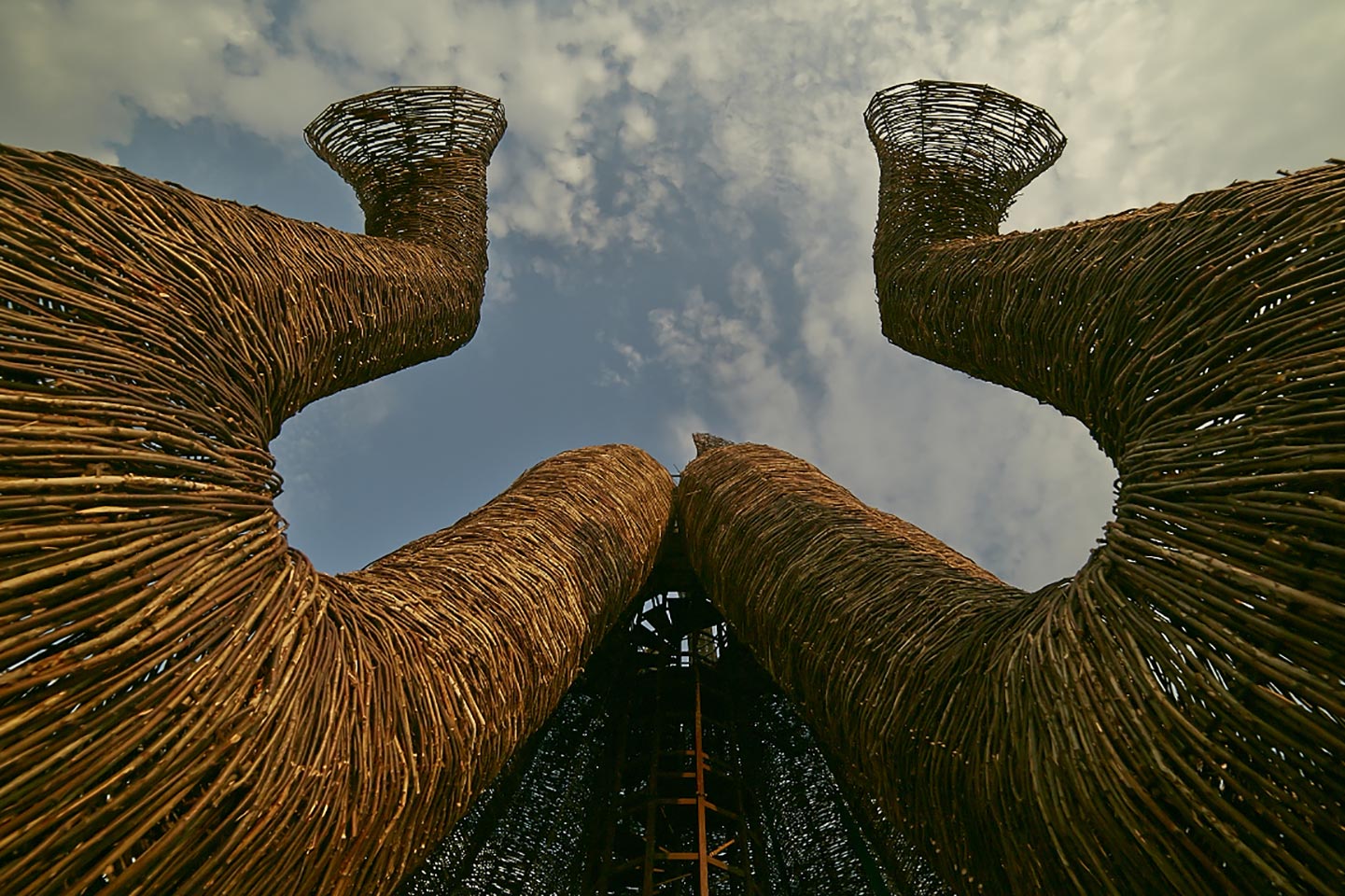 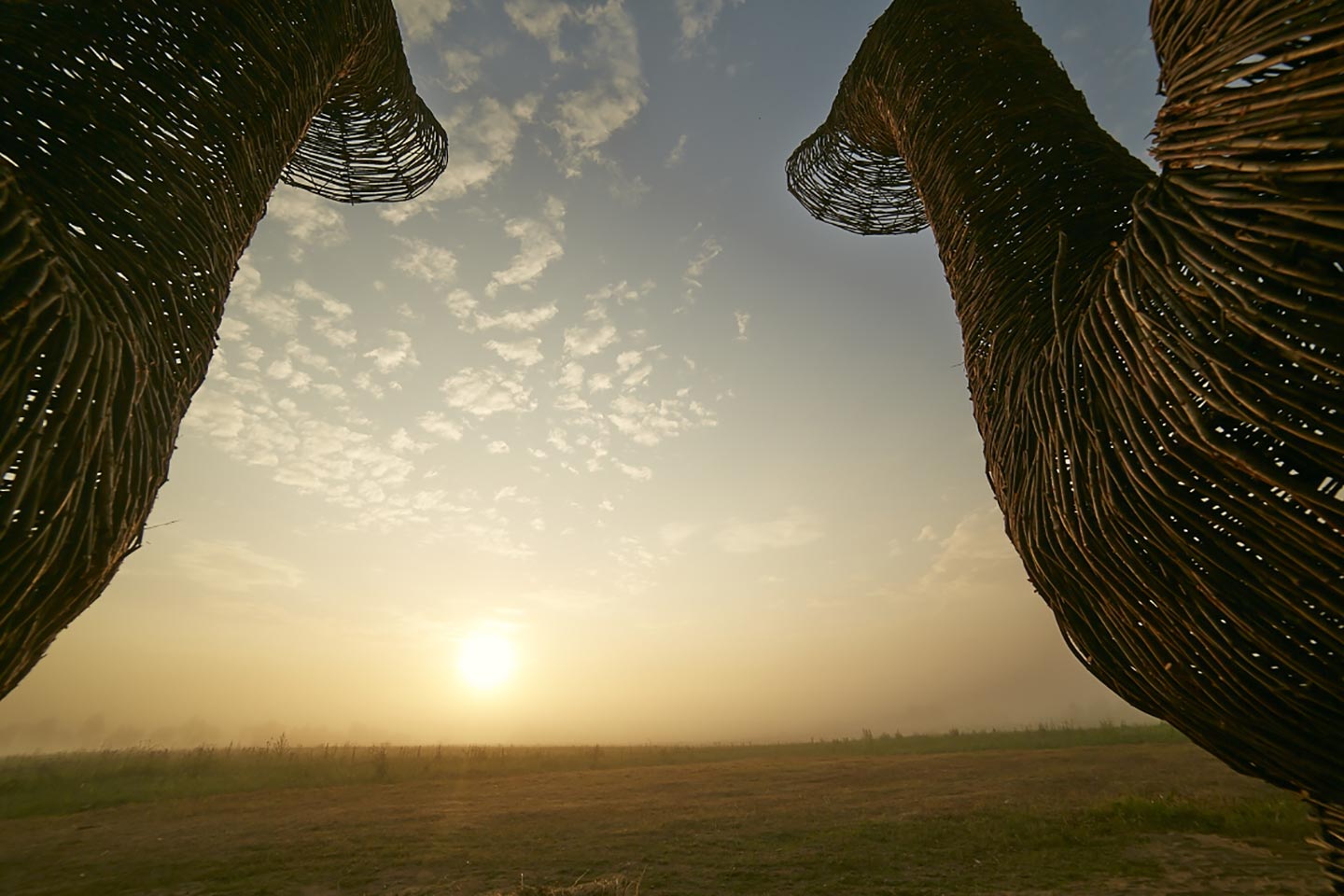 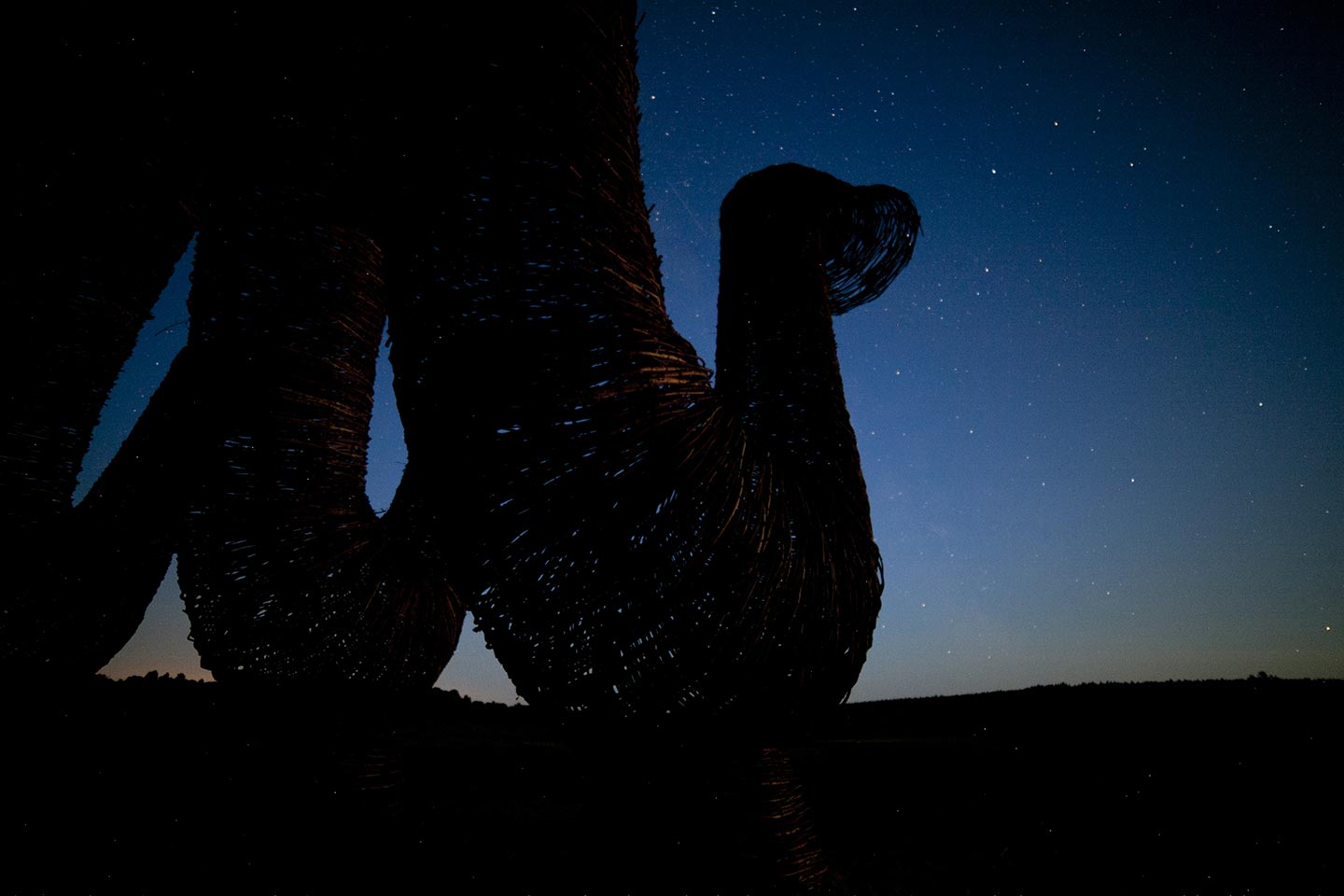 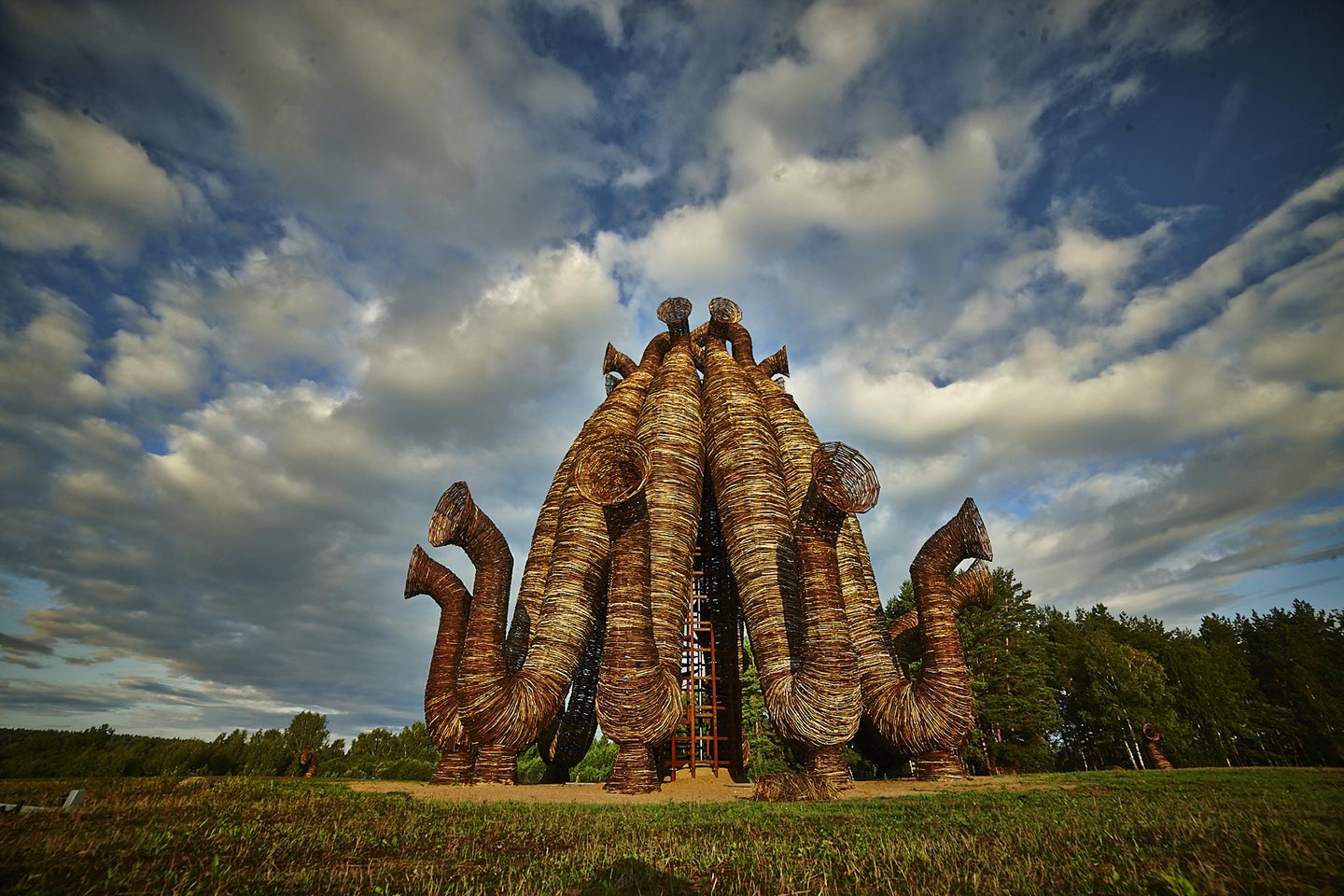 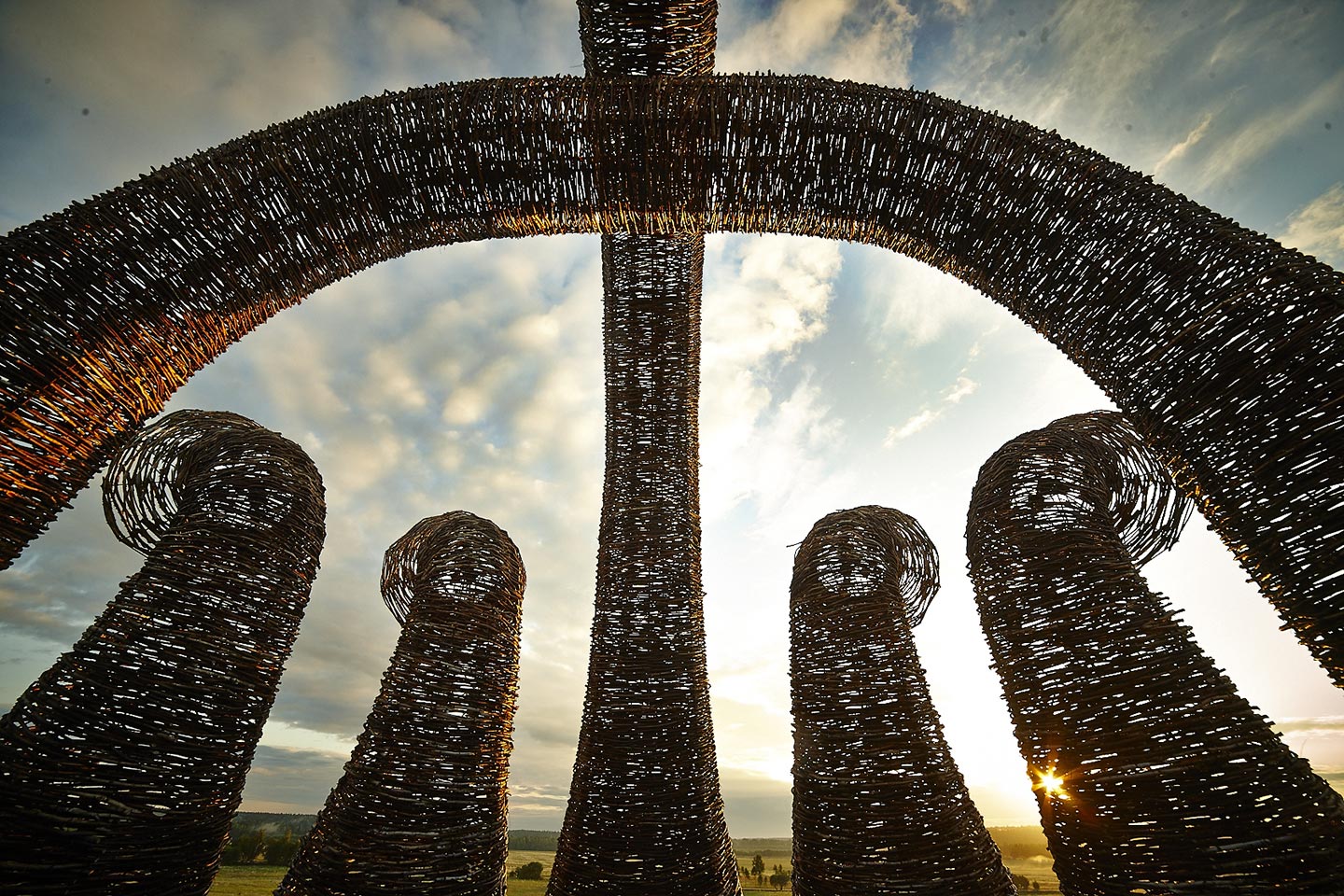 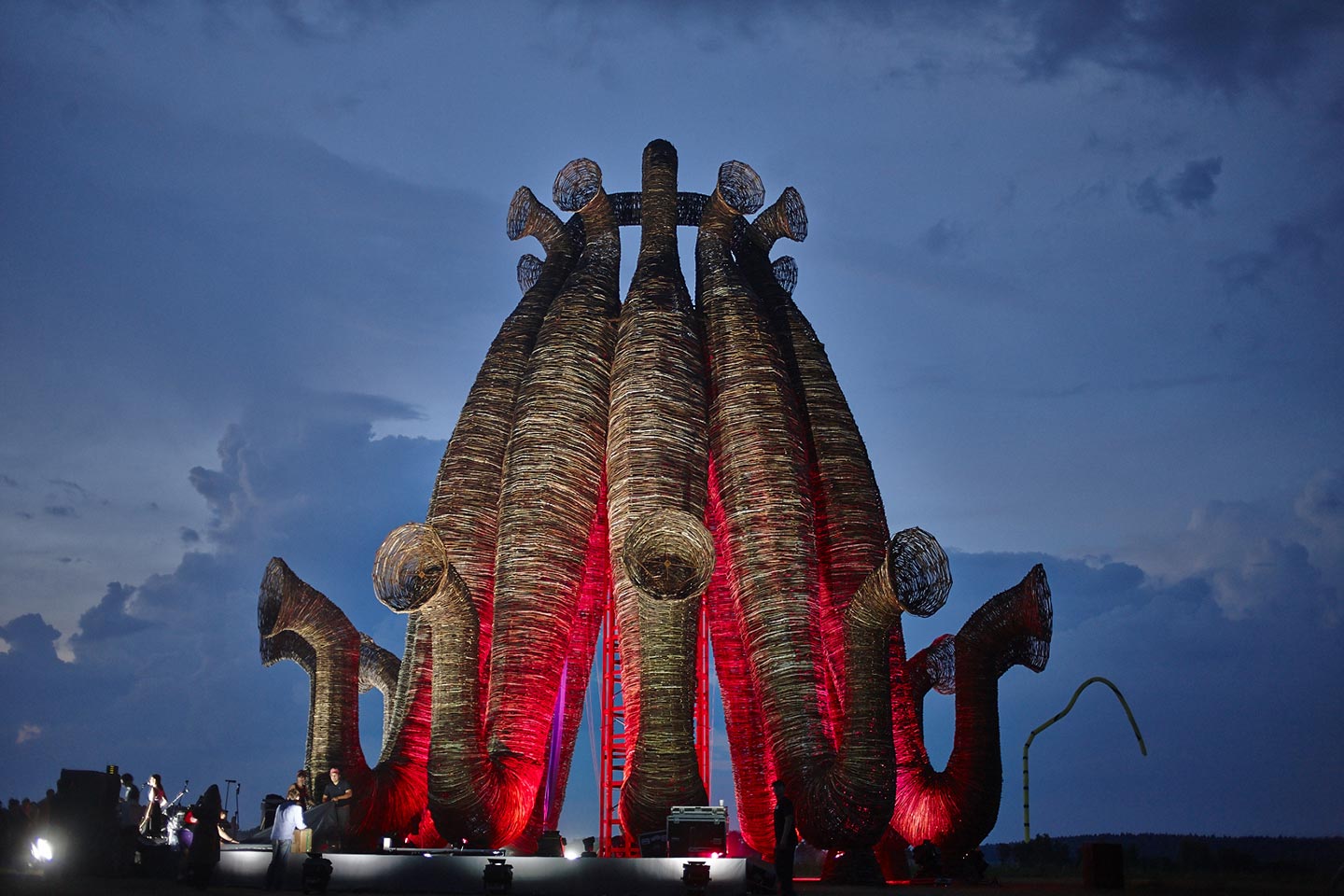 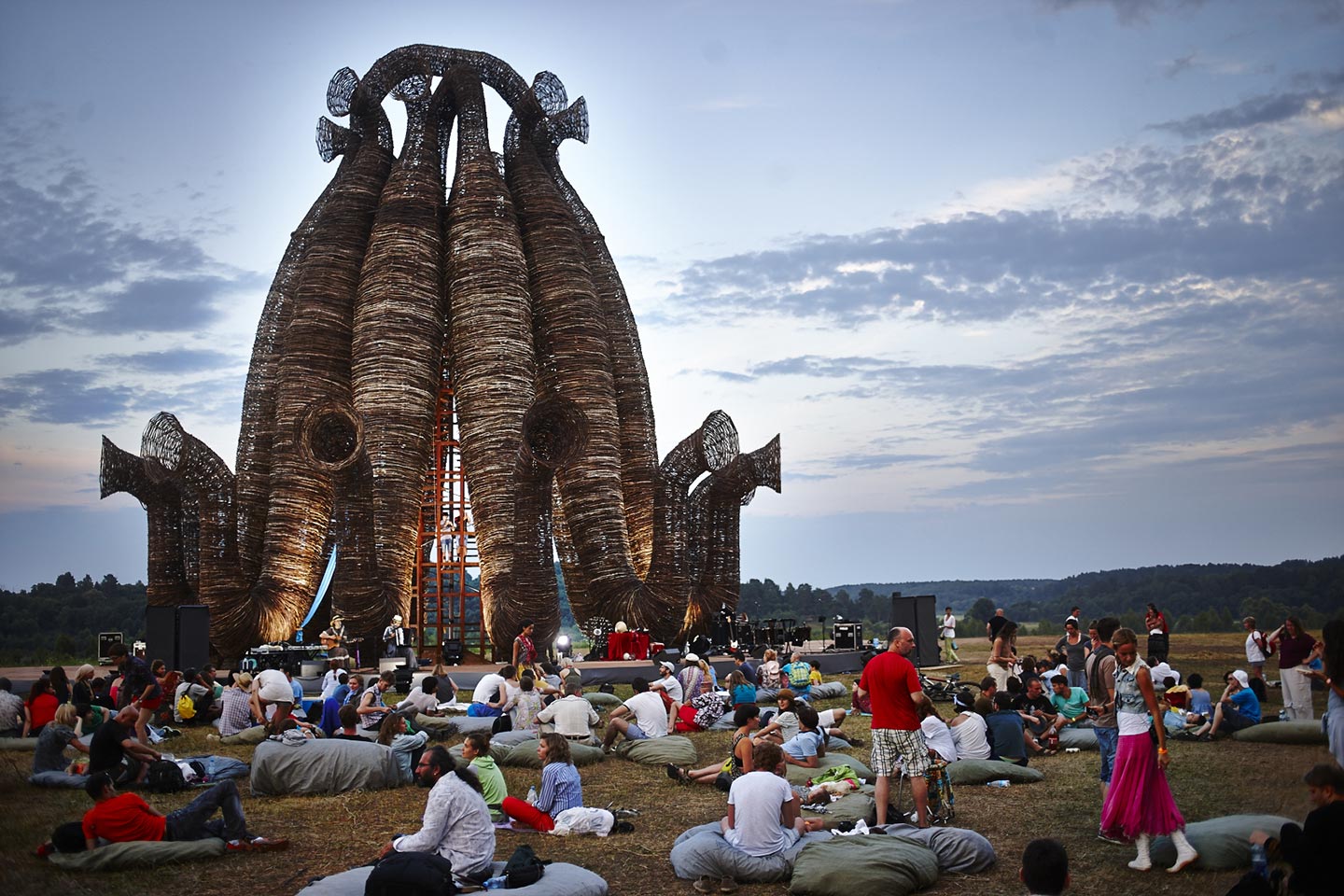 Nikolay Polissky takes inspiration with the far famed brands of world architecture. He has already built Sumerian ziggurats and a constructivist Shuhov tower within the villatic scenery of Nikola-Lenivets, and each time he managed to reconcile these forms with the natural surroundings as well as the social landscape of the Russian village. Nowadays the exciting work in his workshops is all about the new project, where the artist offers his own interpretation for the French Pompidou Centre, also known as “Beaubourg”.

The Pompidou Cantre building was built in 1977 and immediately became an icon for modern architecture. The building’s esthetics initiated a widespread dialogue, not only among world artists, but also among philosophers.

For Polissky the Beaubourg is: “a revolutionary form which has disclosed the skeleton and the construction and the technical elements. The cowl ventilators that are not hidden, but, on the contrary displayed wide openly in the Paris city center, are plated by Polissky into a 22 meters high belvedere. It is important for him to show that any avant-garde – or even revolutionary for it’s time – form, can find its place in a particular about harmony, natural environment.

Polissky remains true to the idea of using the social context in his work. By choosing as the working material and technique the traditional villatic basketwork out of vine, he is convinced that the crustiest tradition can provide the basis for the most radical modern forms. For centuries the peasants have plated baskets and sheaves, and if they will see the point in plating modern architecture, they will gladly do that as well, all that is needed is faith in their ability to change.