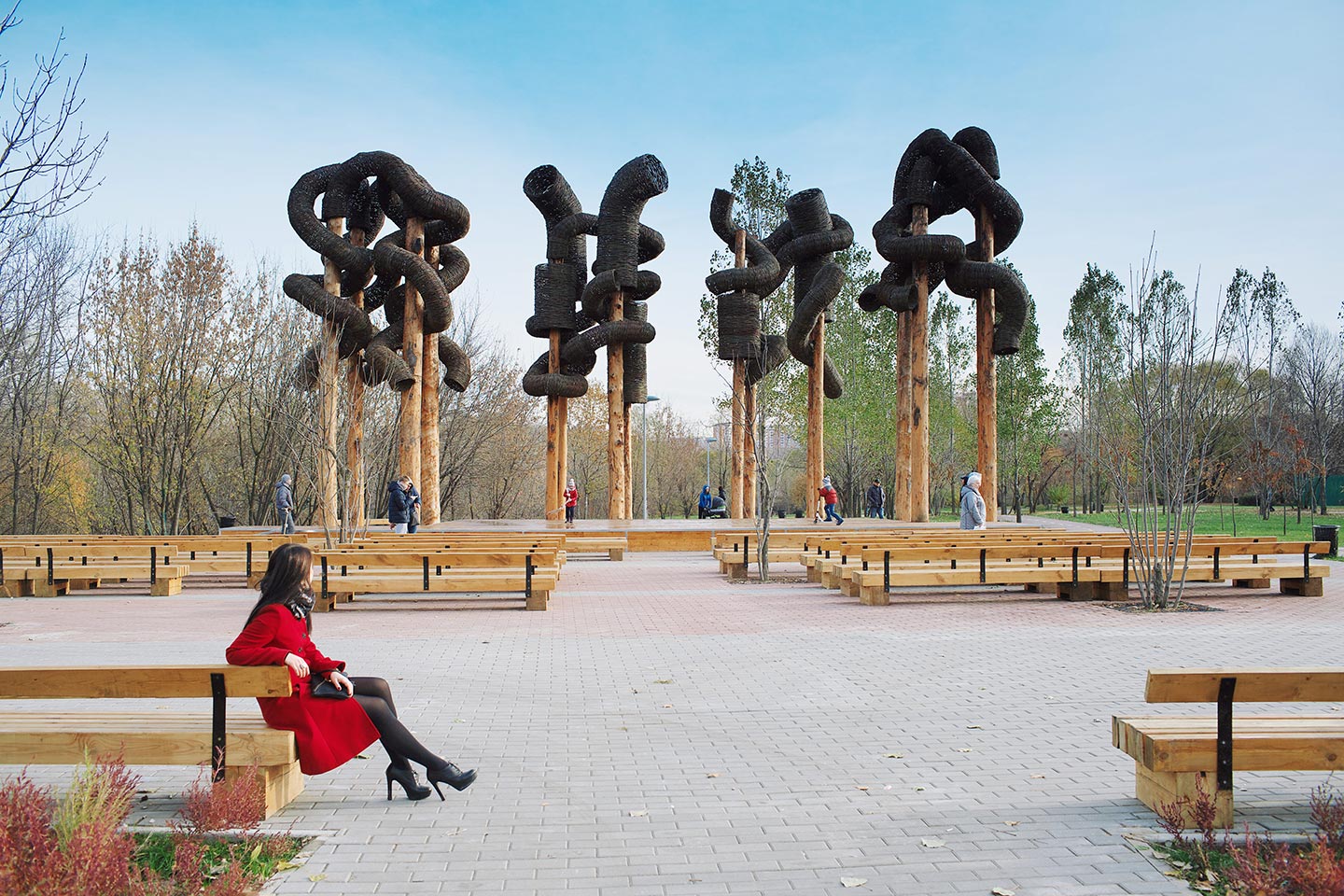 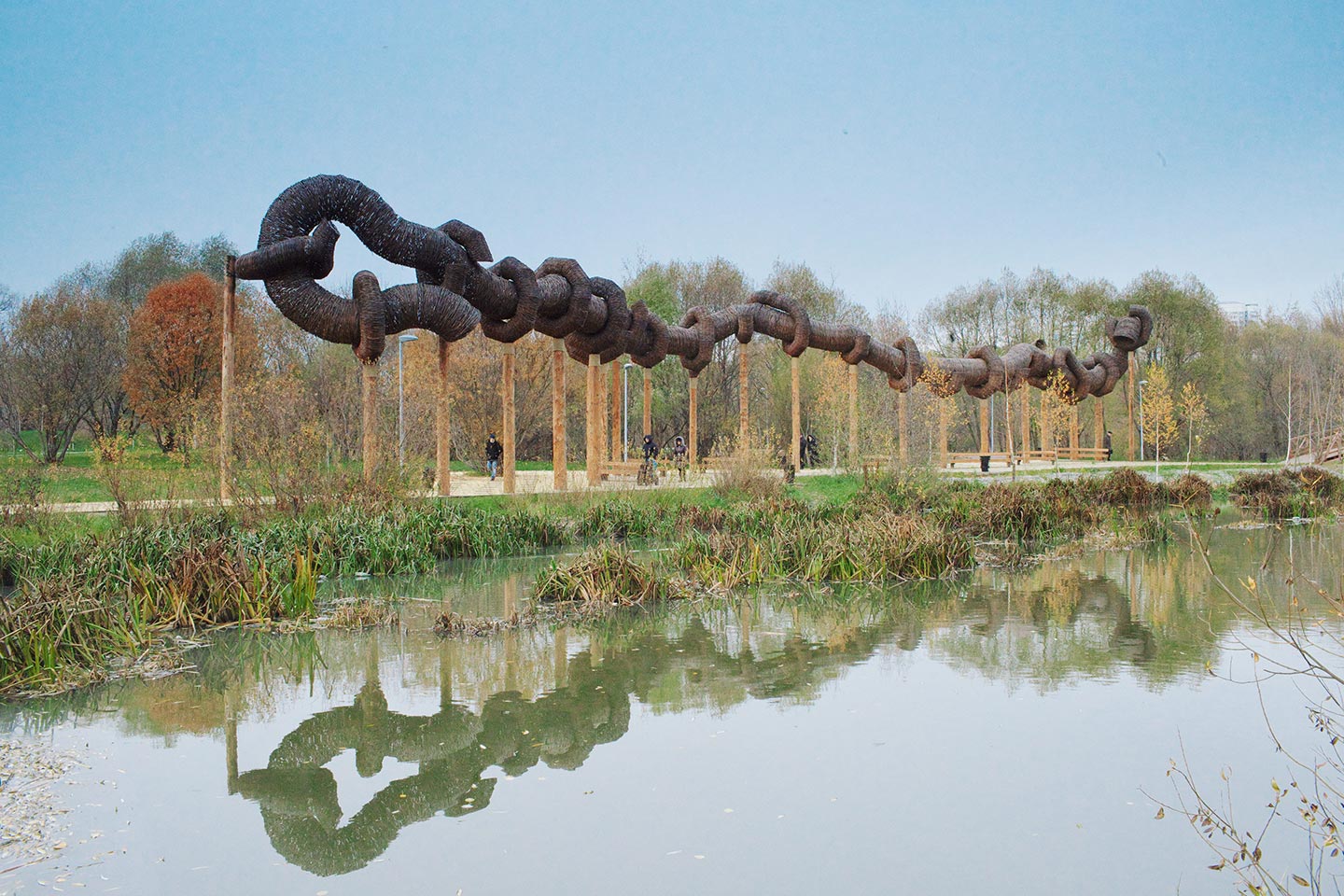 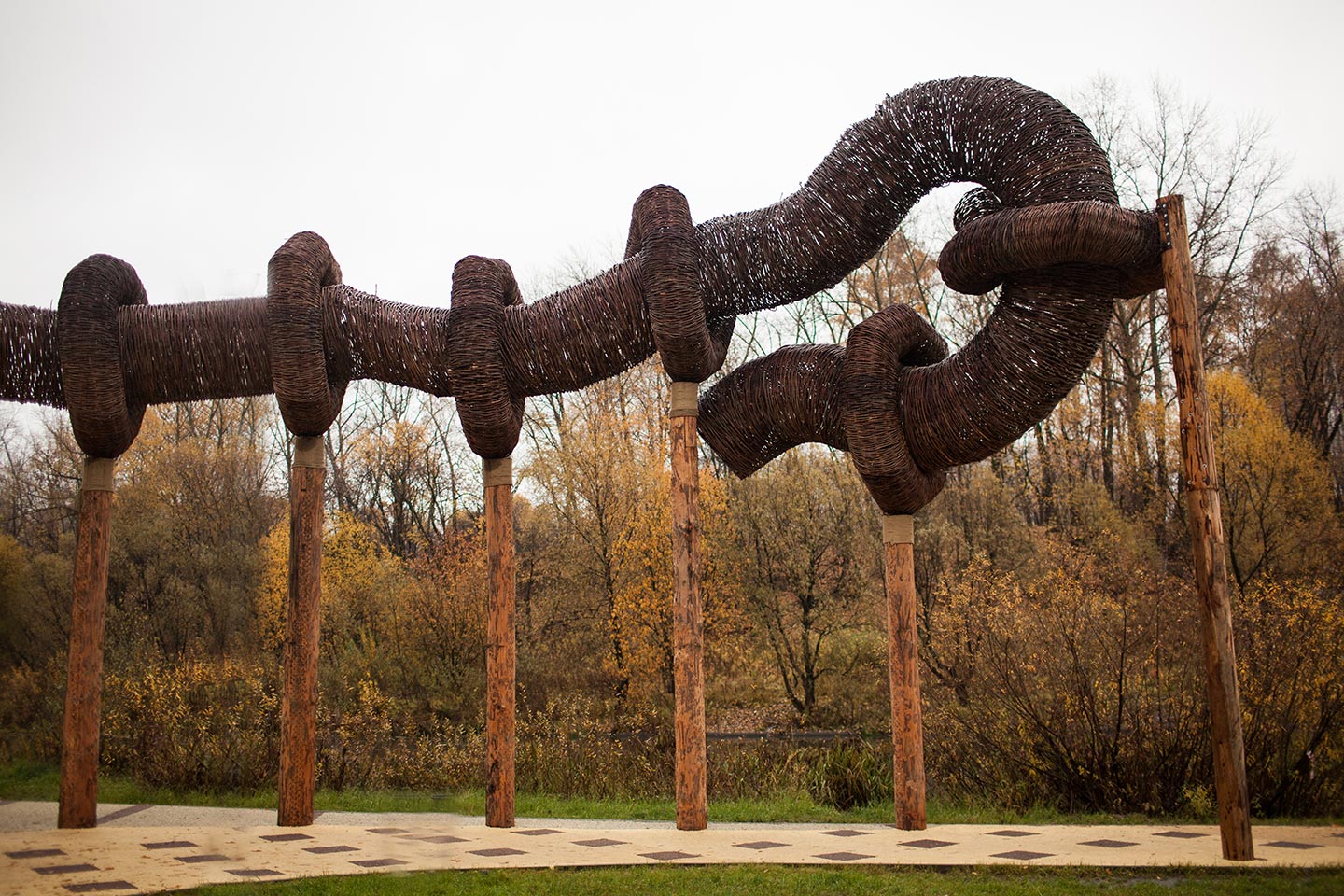 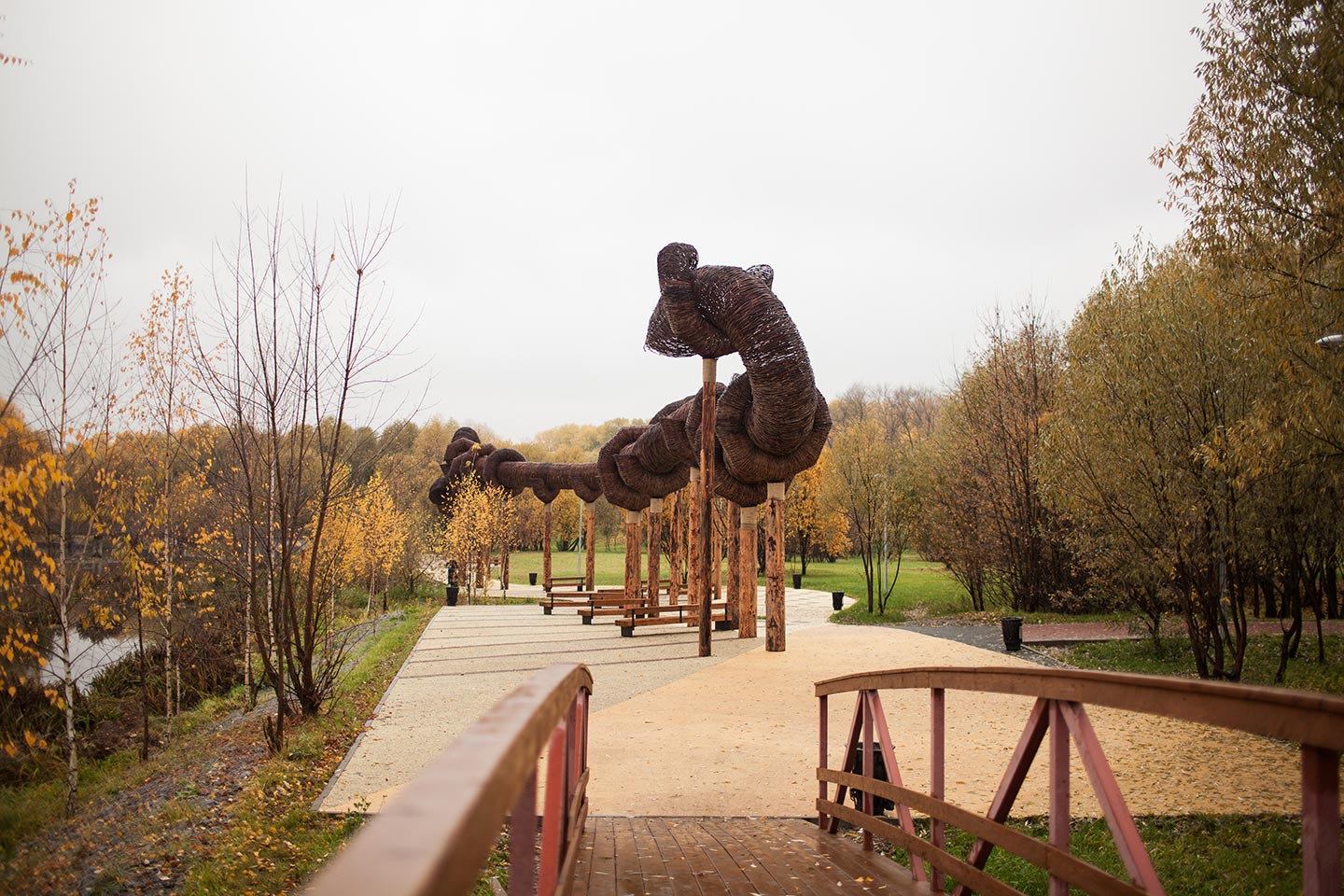 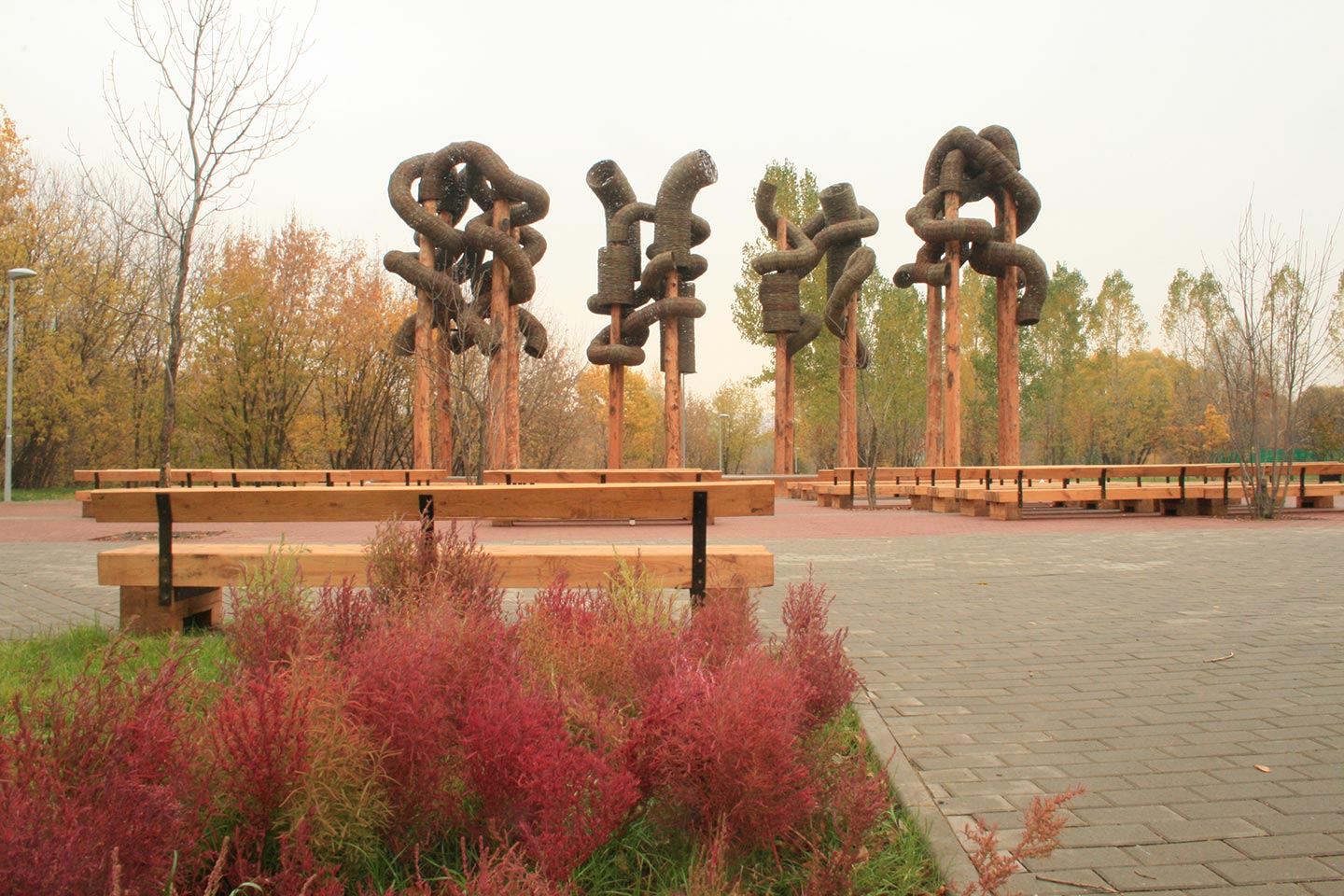 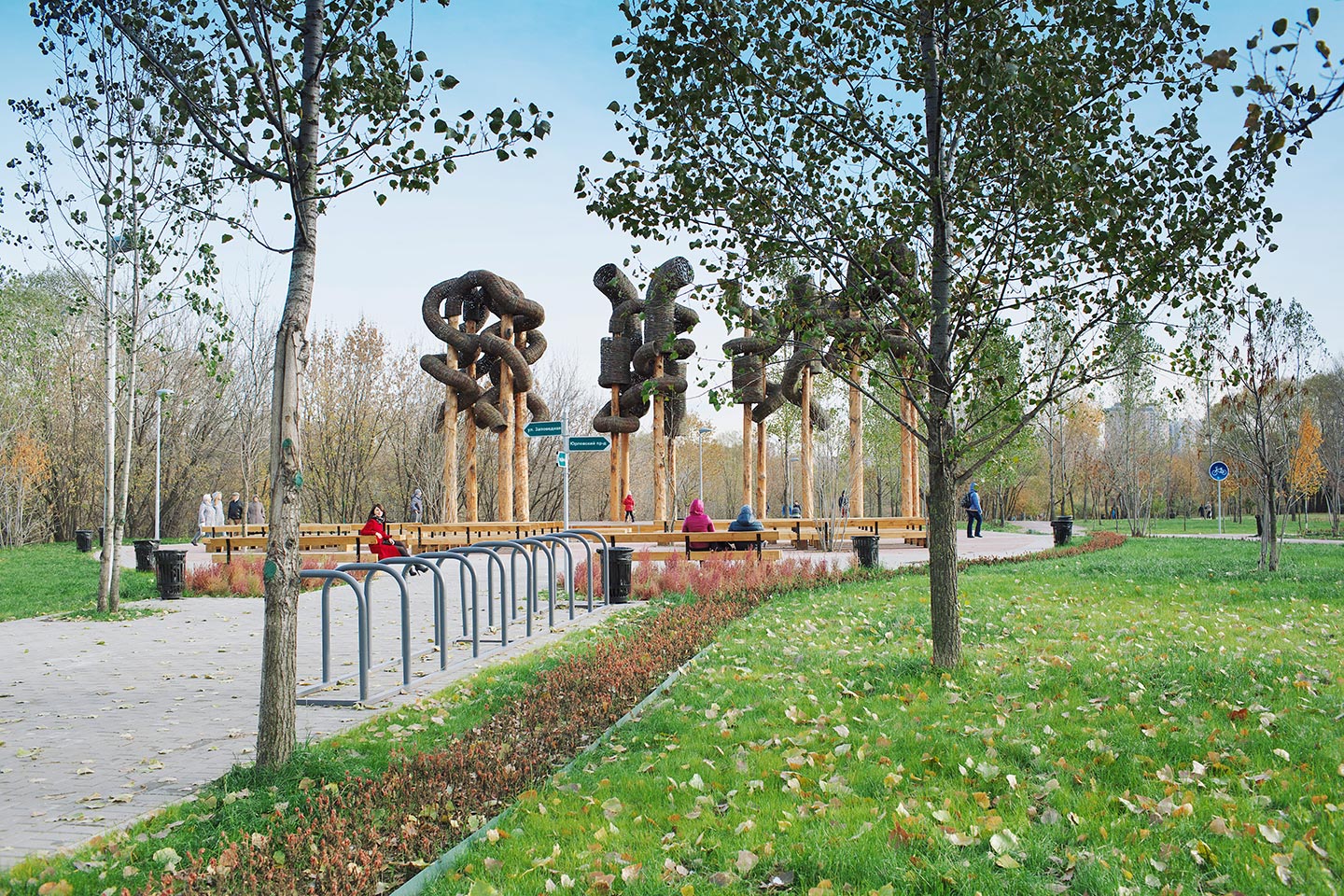 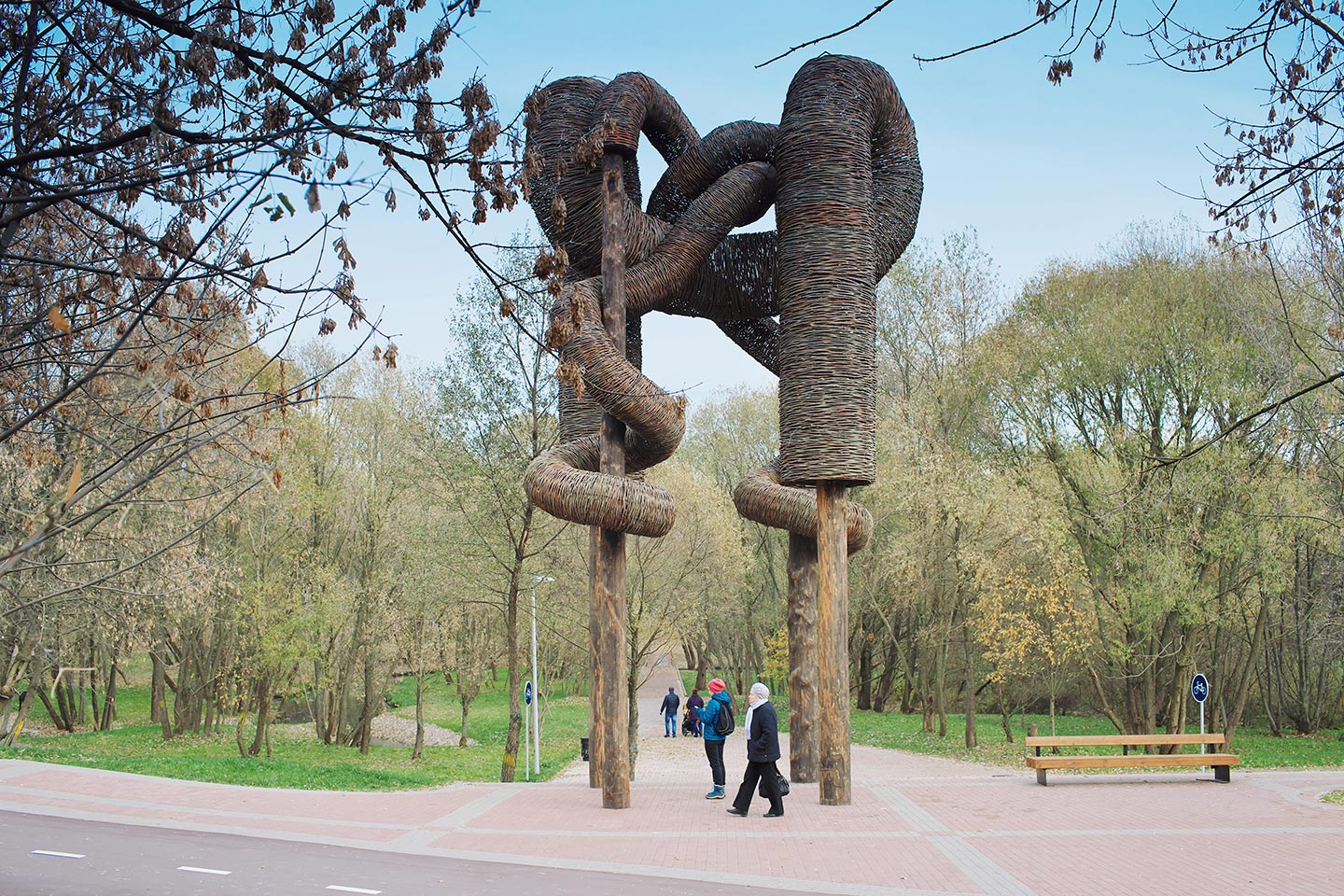 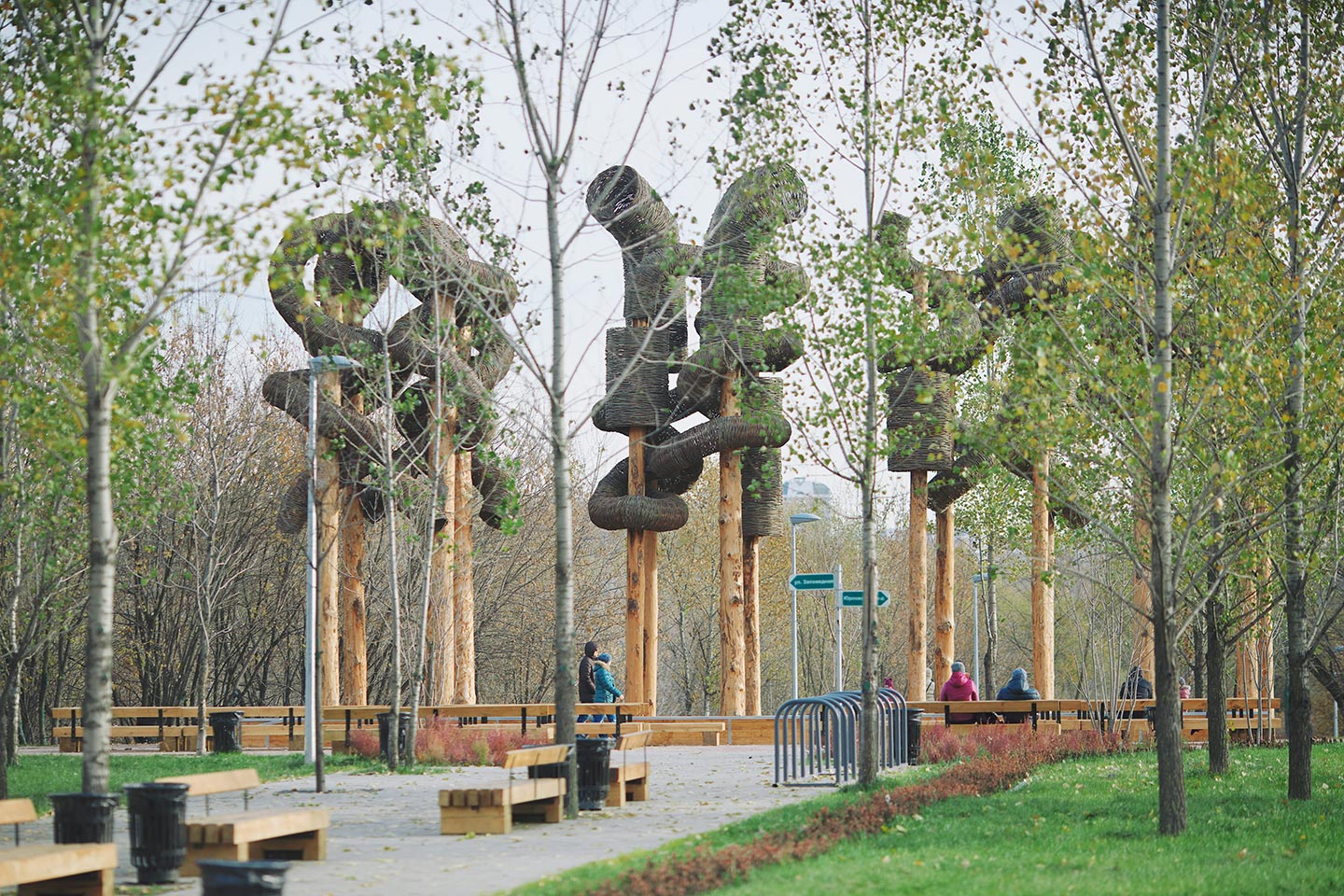 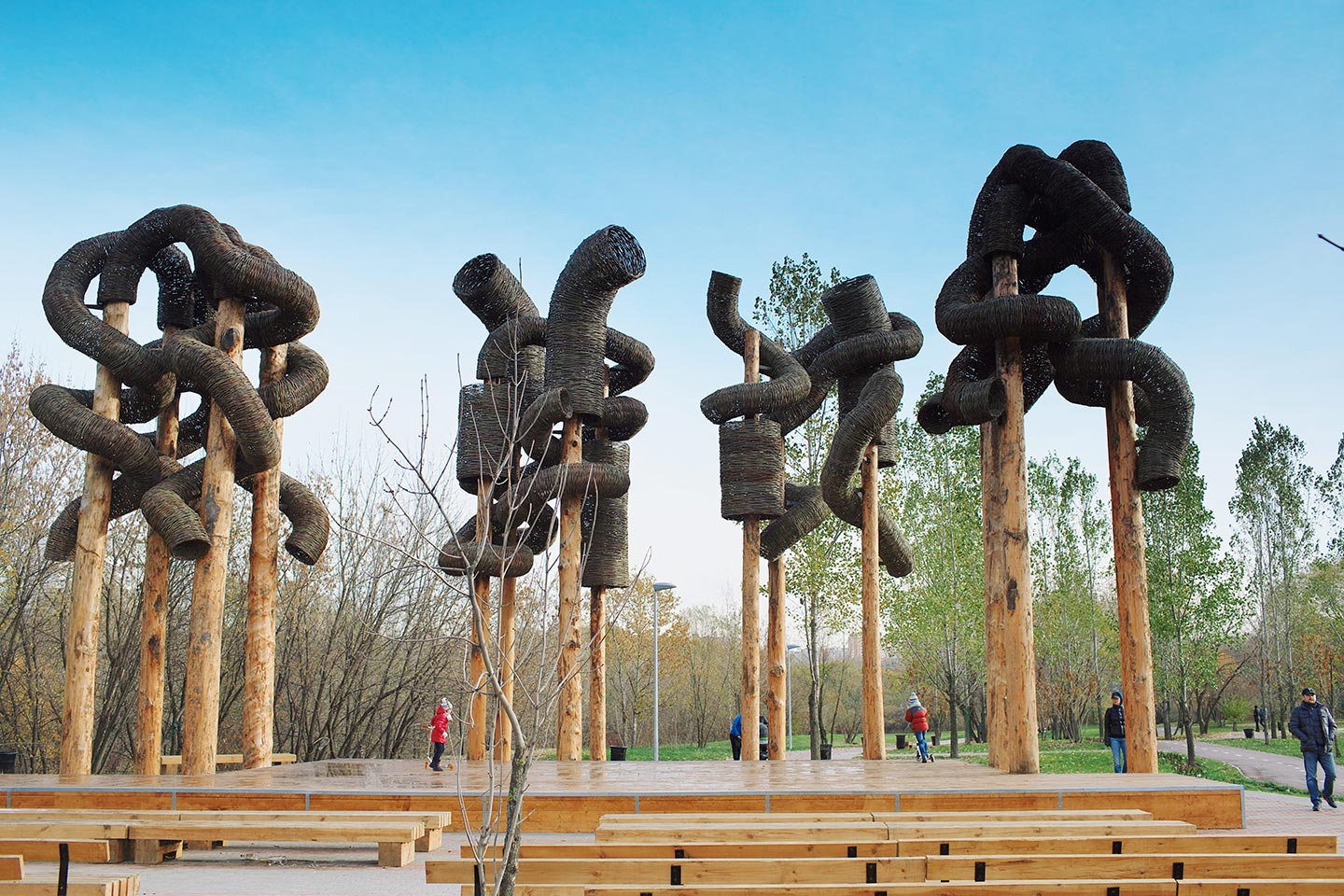 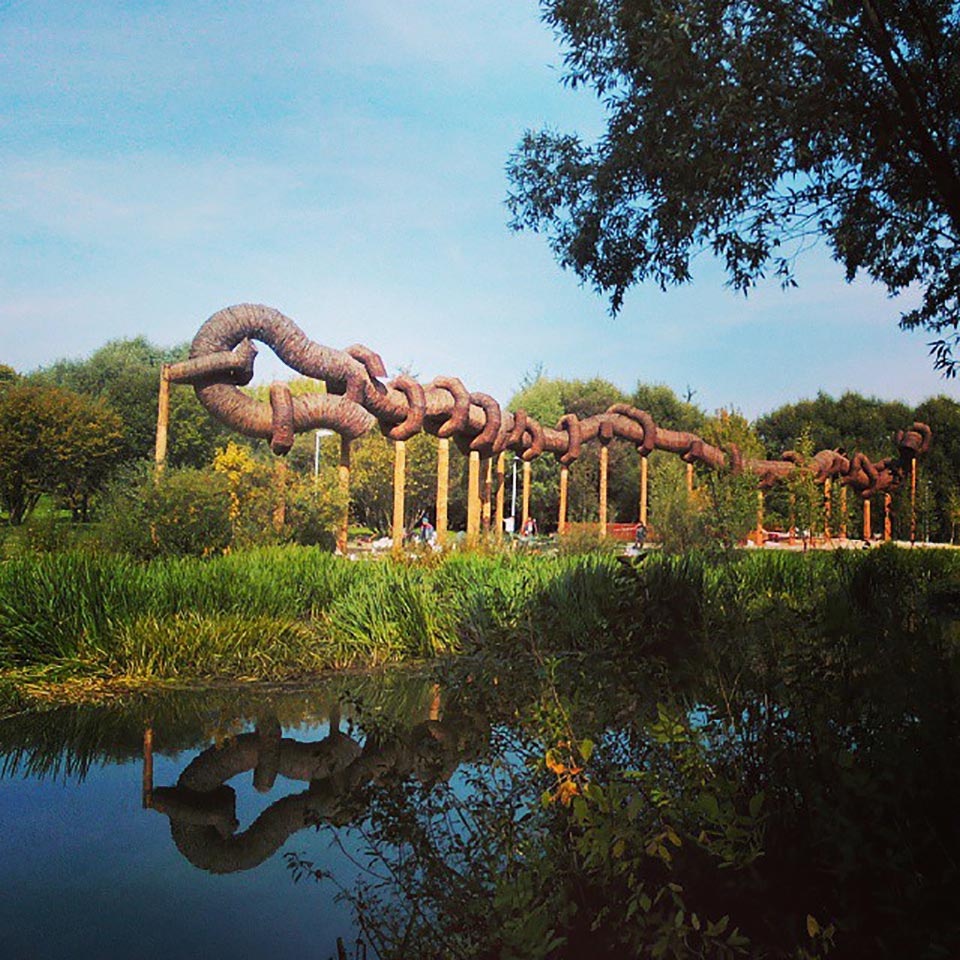 Chermyanka is an environmental artwork of Nikolay Polissky, that consists of five separate peaces. It is named after a small river, that runs through the green area of Otradnoe district in Moscow. It was commissioned in autumn of 2014 by Moscow authorities within a program of renovating derelict green area.

All peaces were made with the same material and has a common form. It is willow weathed on the metal framework. Basement of the sculpture, a column made of a single wood log, was offered by Galina Lichterova, the architect of the park. Tubular sculptures were installed on top of the columns across the northern part of the park.