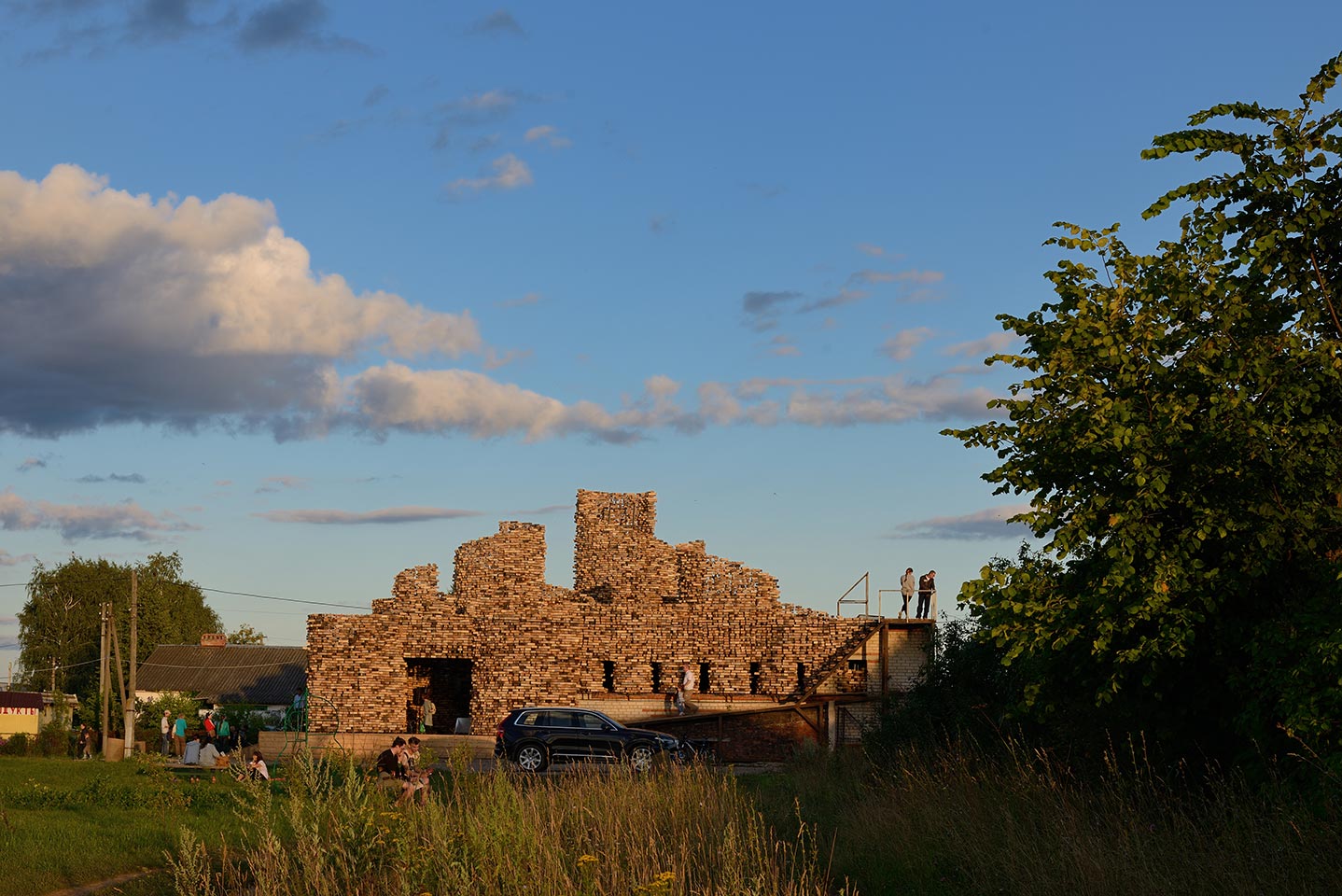 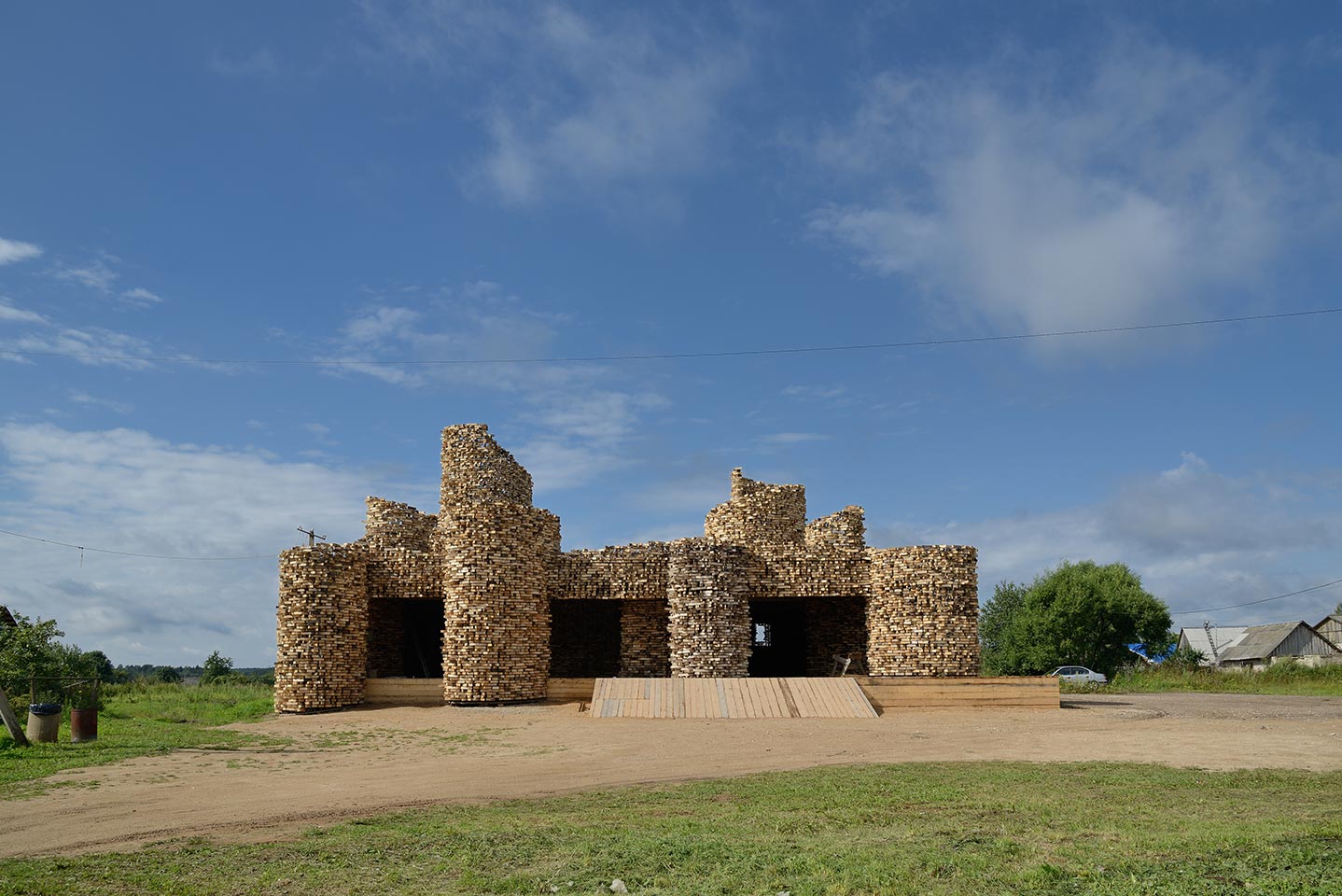 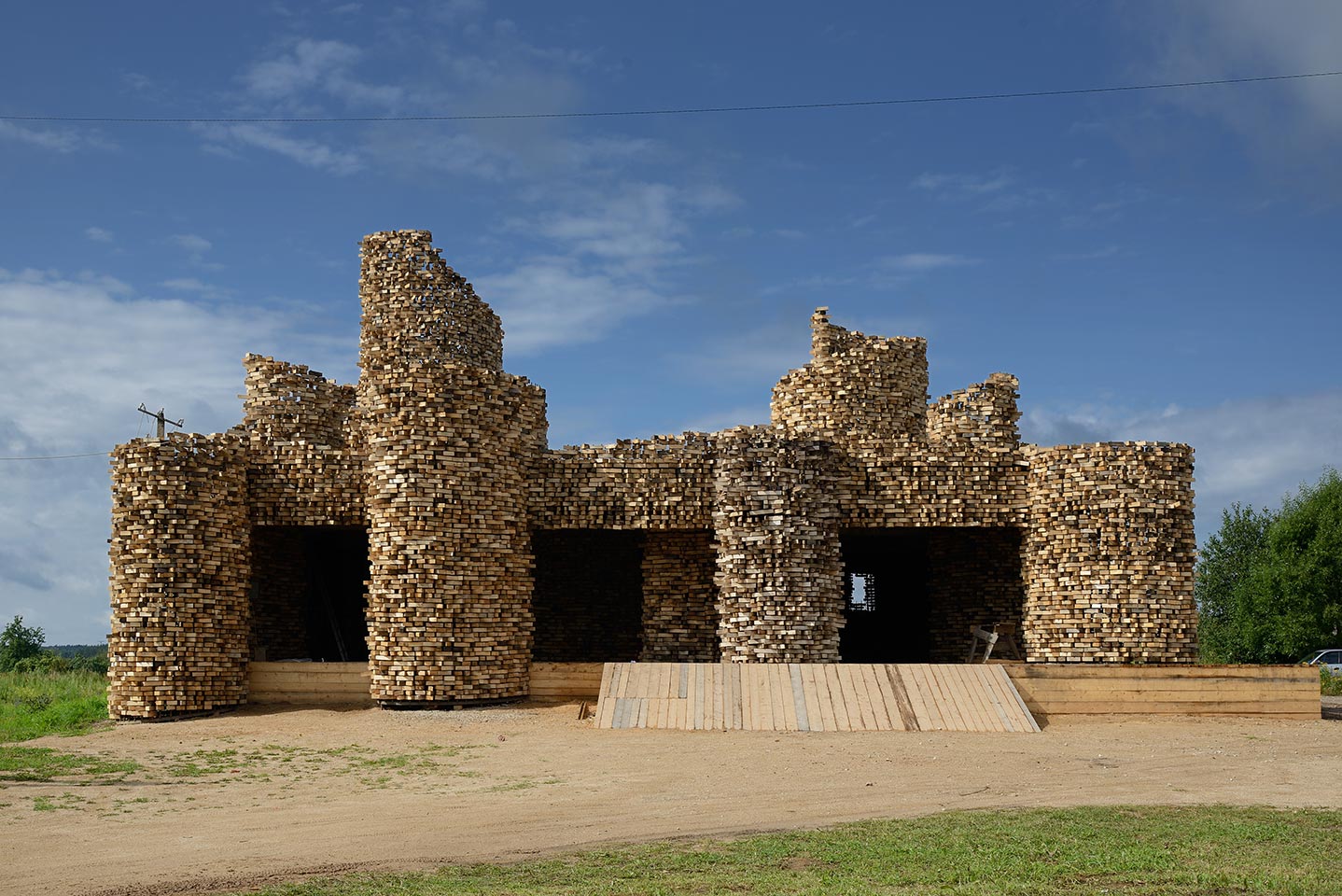 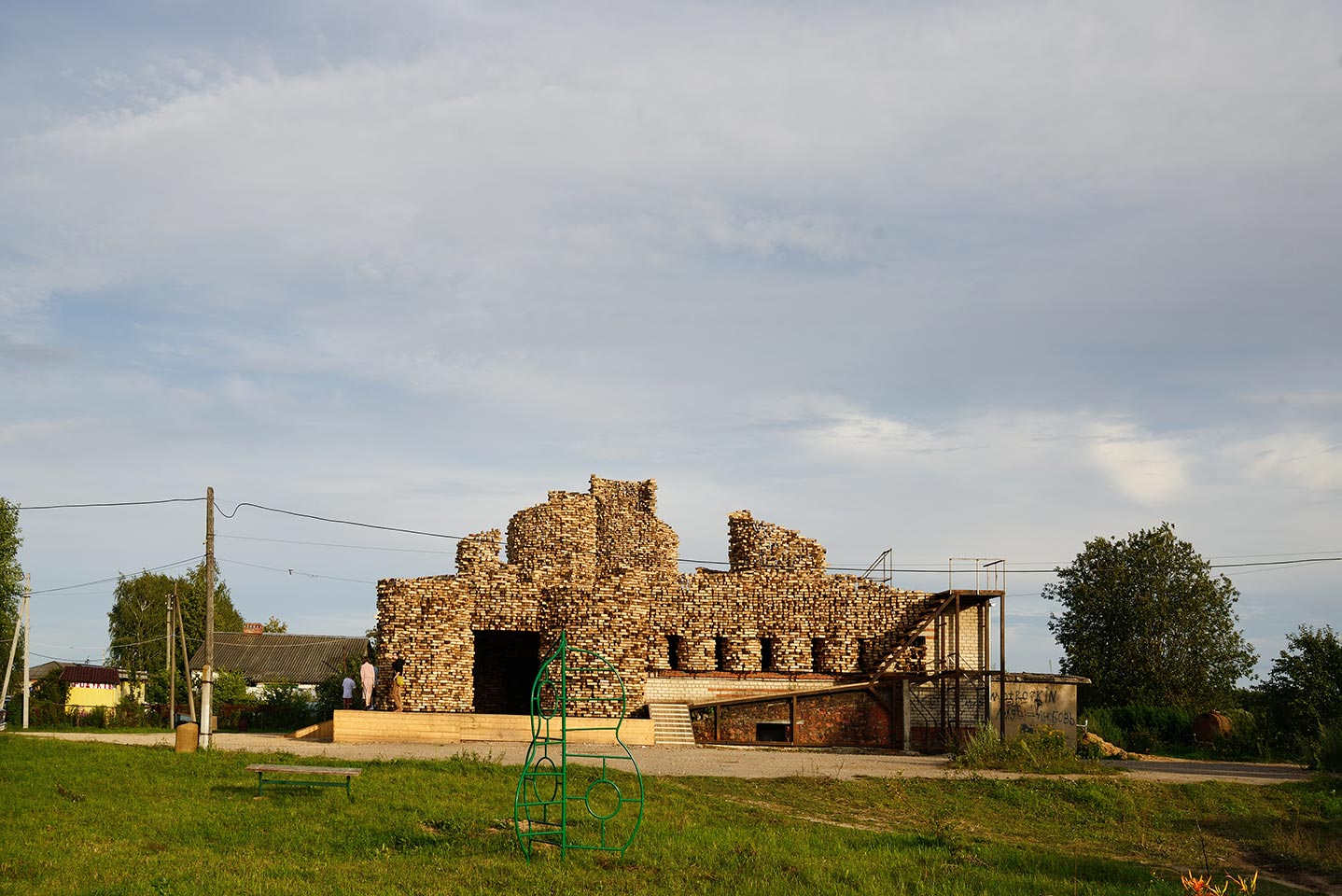 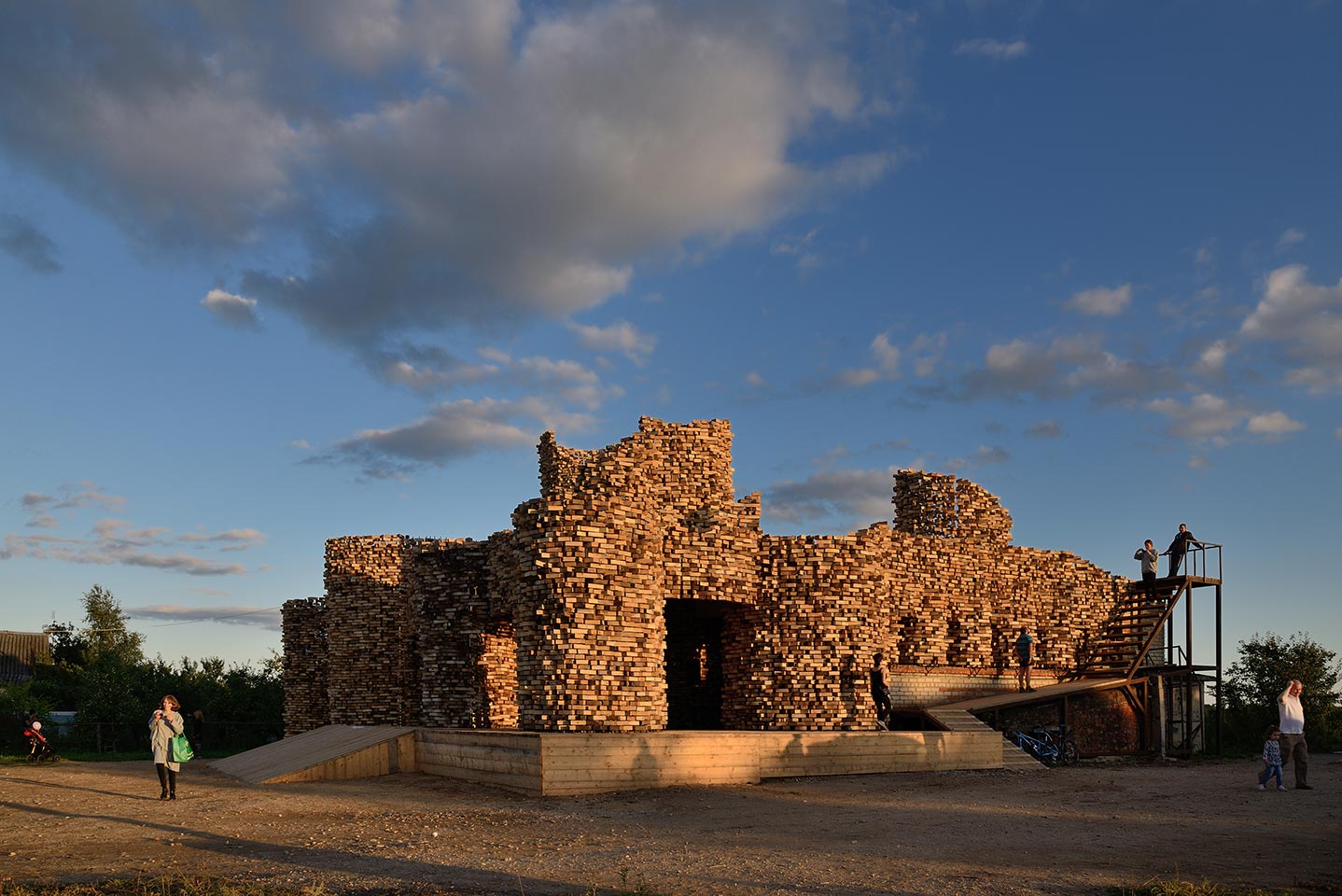 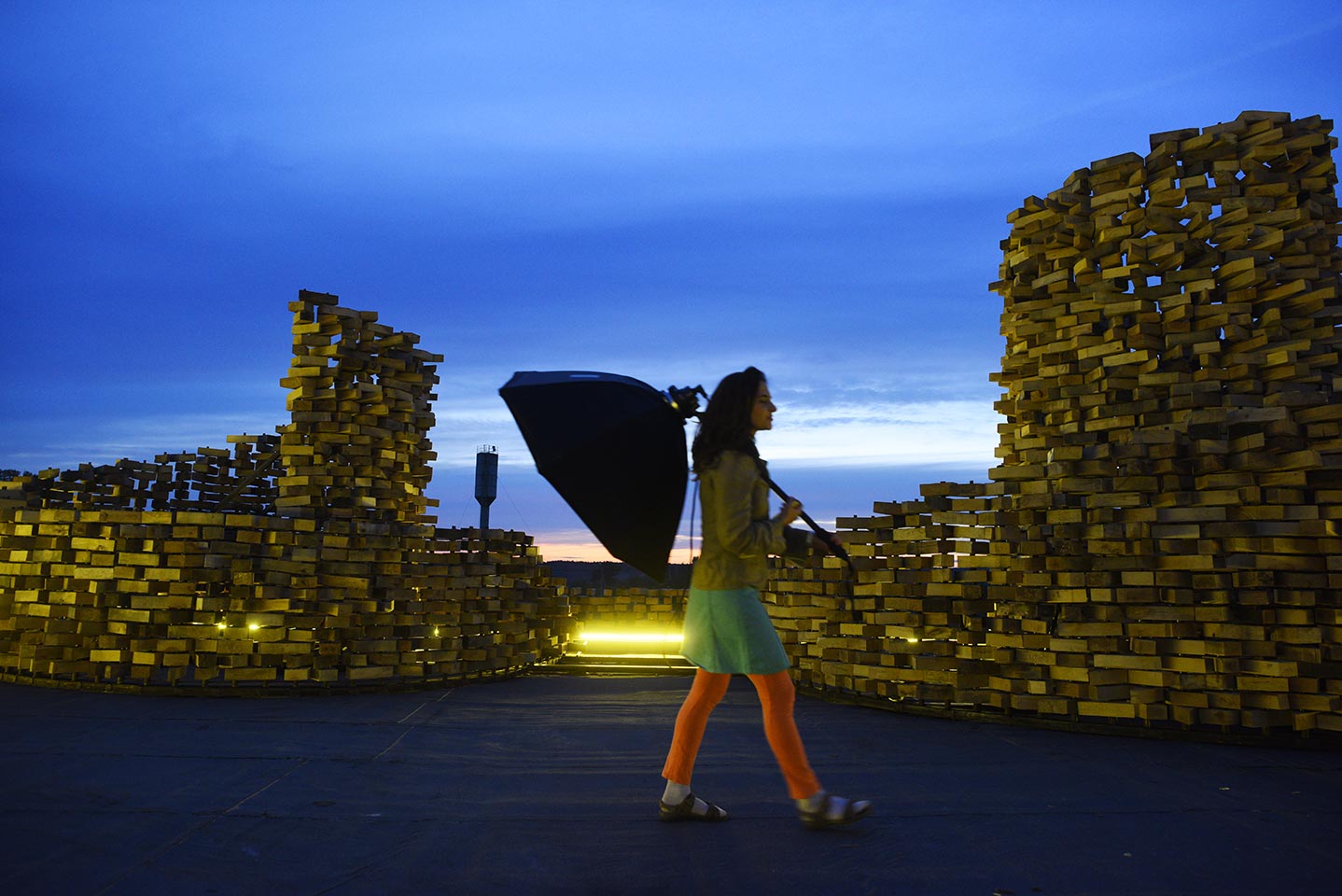 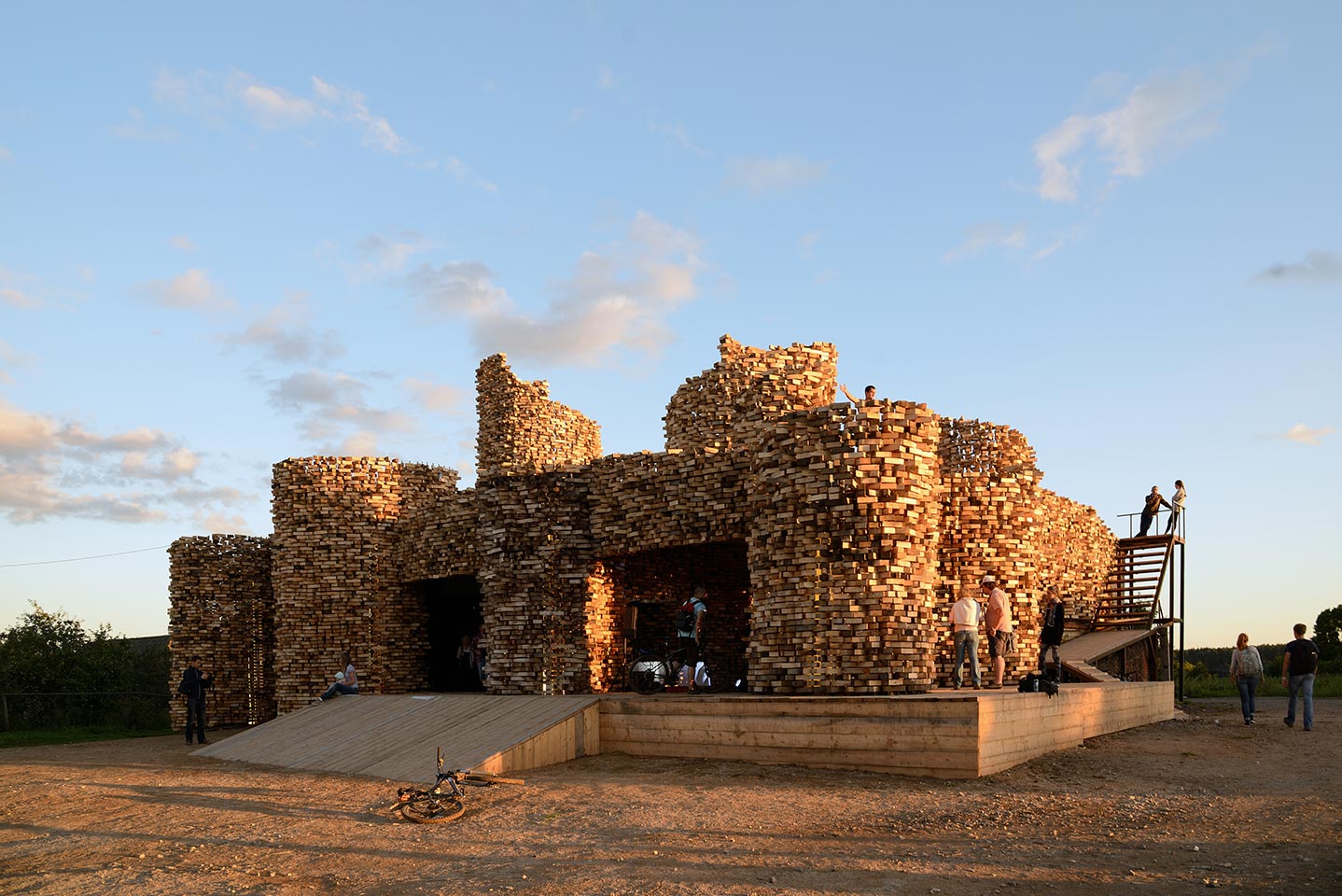 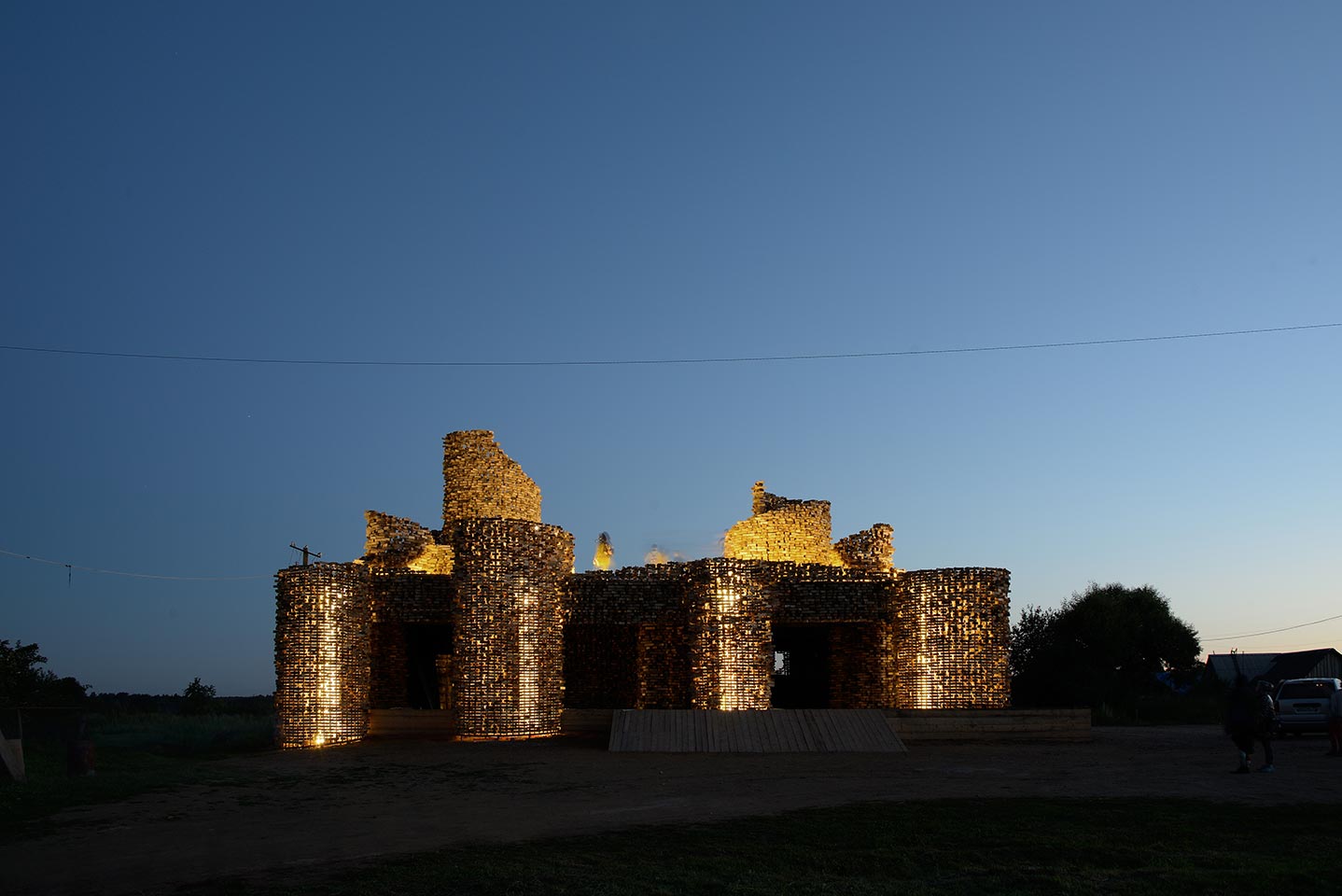 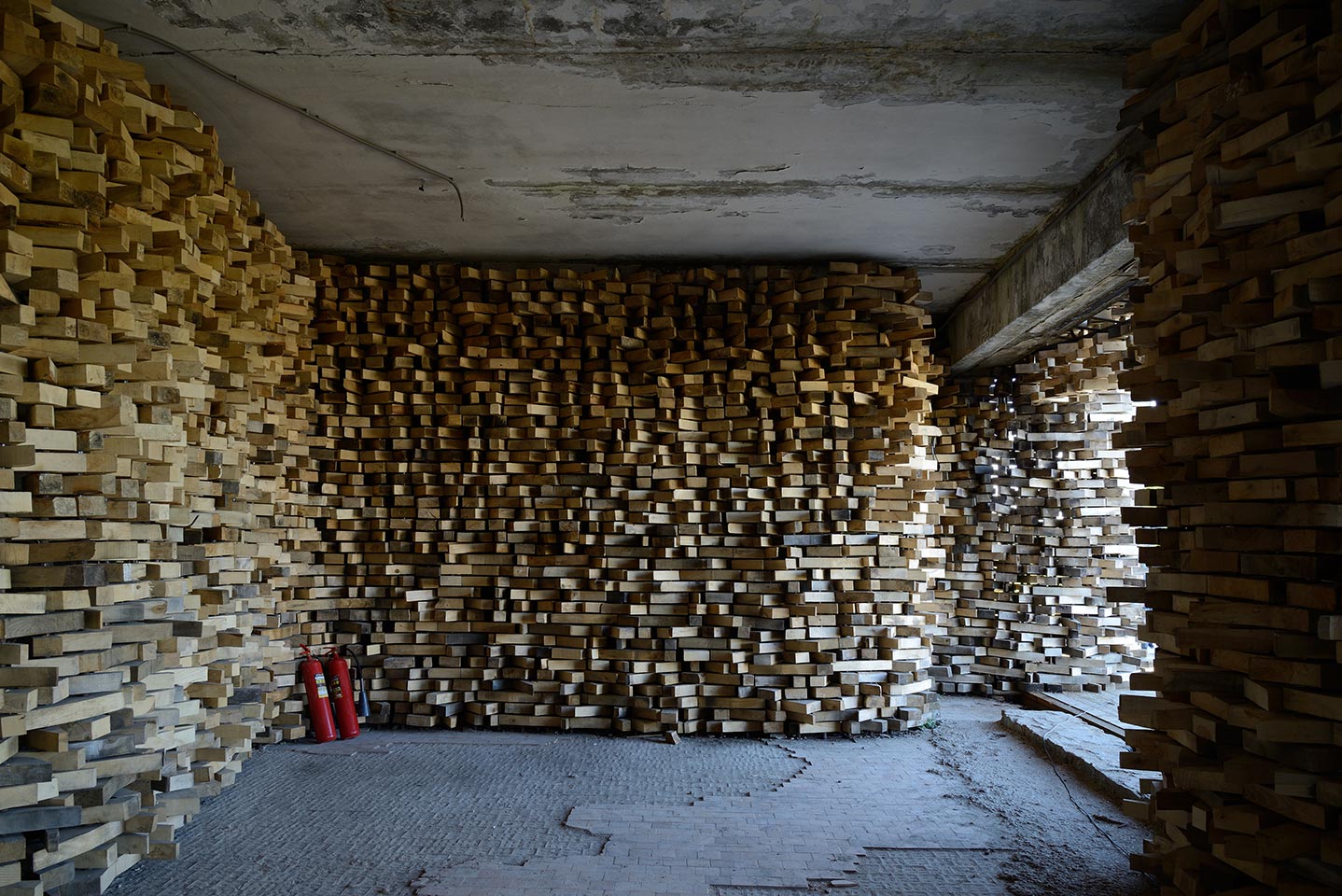 SELPO, the acronym for Rural Cooperation Society in Russian, is a sculpture which wraps around a soviet standardtypology building which used to contain the village shop, but has stood as a ruin for the last 10 years, dilapidating more and more with every winter. Polissky’s sculpture recycles off-cuts from his previous projects and turns them into a rippling, undulating wooden jacket which transforms the eye-saw building into something of wonder, at the heart of this typical Russian village.

Publications about this project: Sabrina Santos. Nikolay Polissky Unveils His Latest Wood Installation in Russia // Archdaily — Septermber 13, 2015
Russian artist Nikolay Polissky has completed yet another of his impressive, handcrafted installations. Located in Zvizzhi Village, in the Ugra National Park in Russia, Polissky’s newest creation—called SELPO, which stands for The Rural Consumer Association, in Russian—wraps around an abandoned soviet building, which used to house the village shop.

Nina Azarello. Nikolay Polissky wraps abandoned soviet shop in an undulating wooden jacket // Designboom — Septermber 03, 2015
Set within the landscape of Ugra National Park, artist Nikolay Polissky has completed the sculptural ‘selpo pavilion’ in the rural village of zvizzhi in russia. the work, whose title bears the acronym for the rural consumer association in russian, wraps around an abandoned, standard soviet-style building, which used to contain the village shop. the former store has stood in ruin…

Nikolay Polissky’s SELPO pavilion is covered in thousands of wood offcuts // Dezeen — 15 september 2015
Russian artist Nikolay Polissky has transformed a dilapidated building in the village of Zvizzhi into a pavilion covered in pieces of timber, which he described as "a sculpture you can walk through".
Website just migrated to another platform. We would be greatful to recieve any error reports if found on ivan@polissky.ru