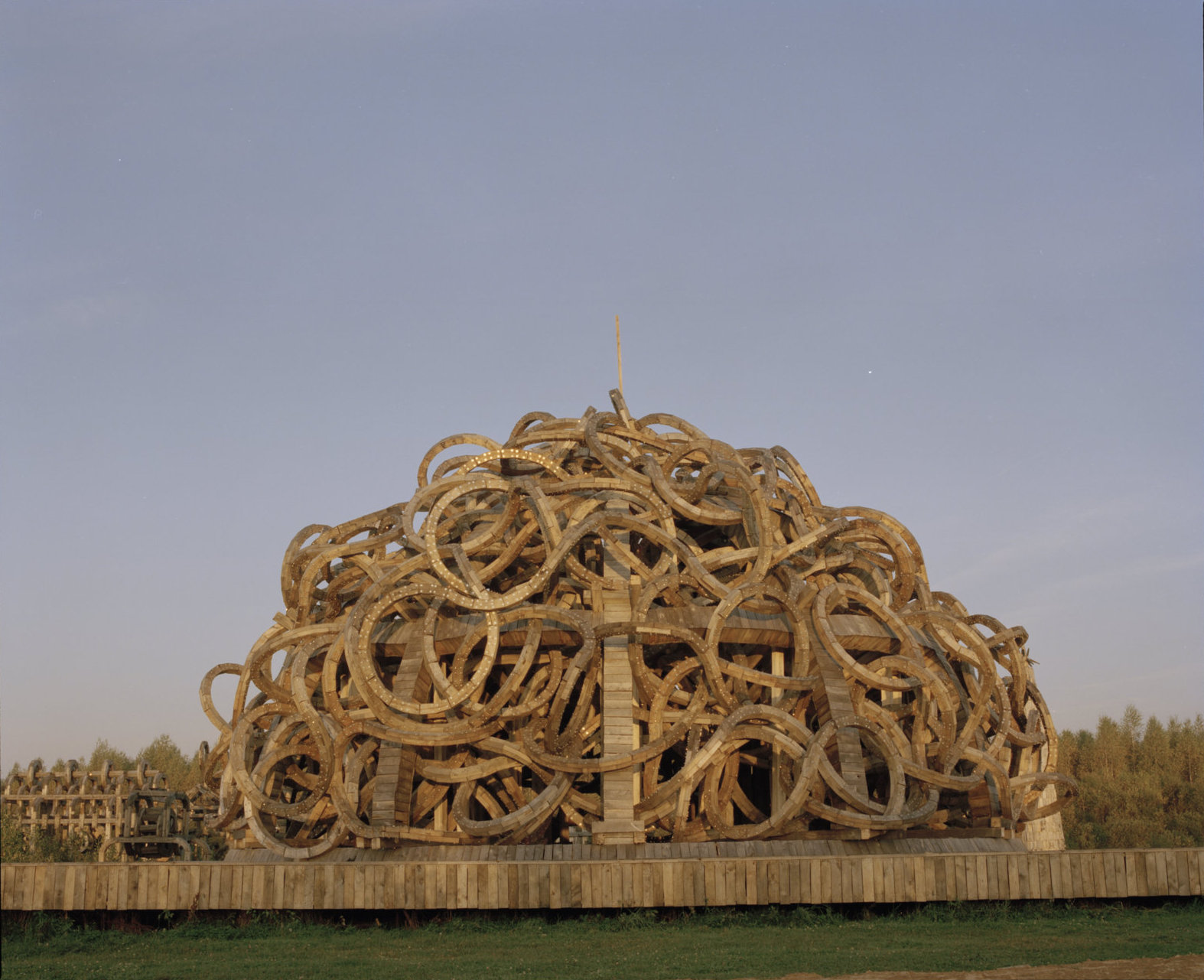 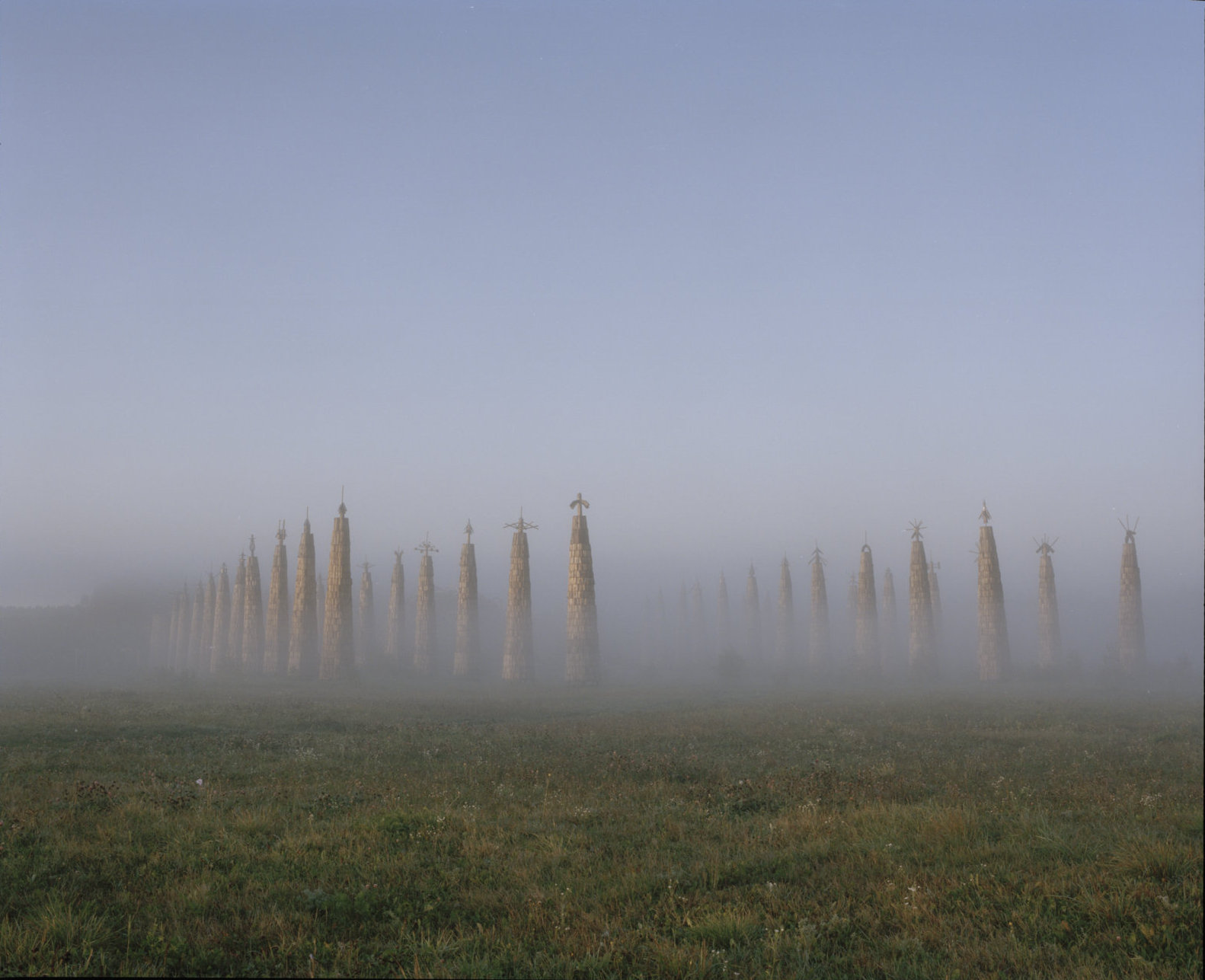 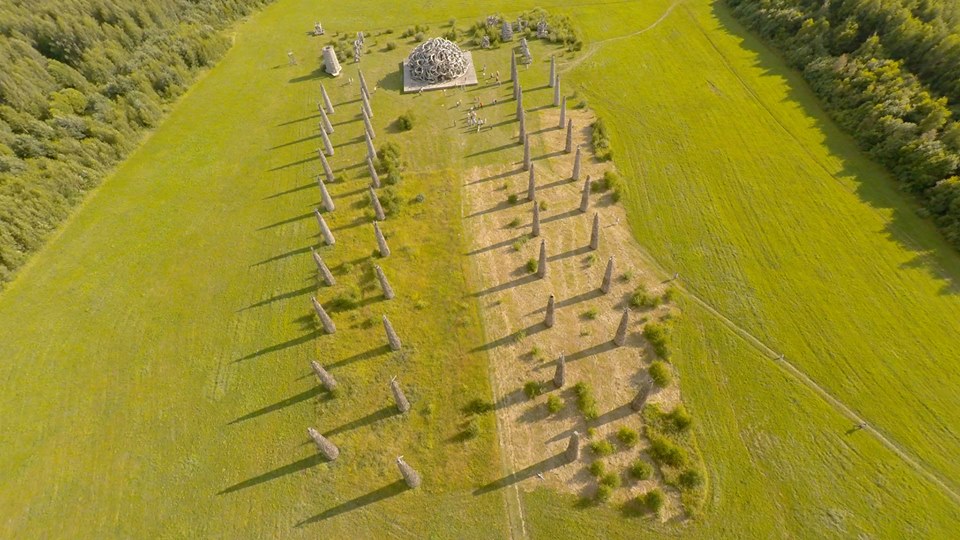 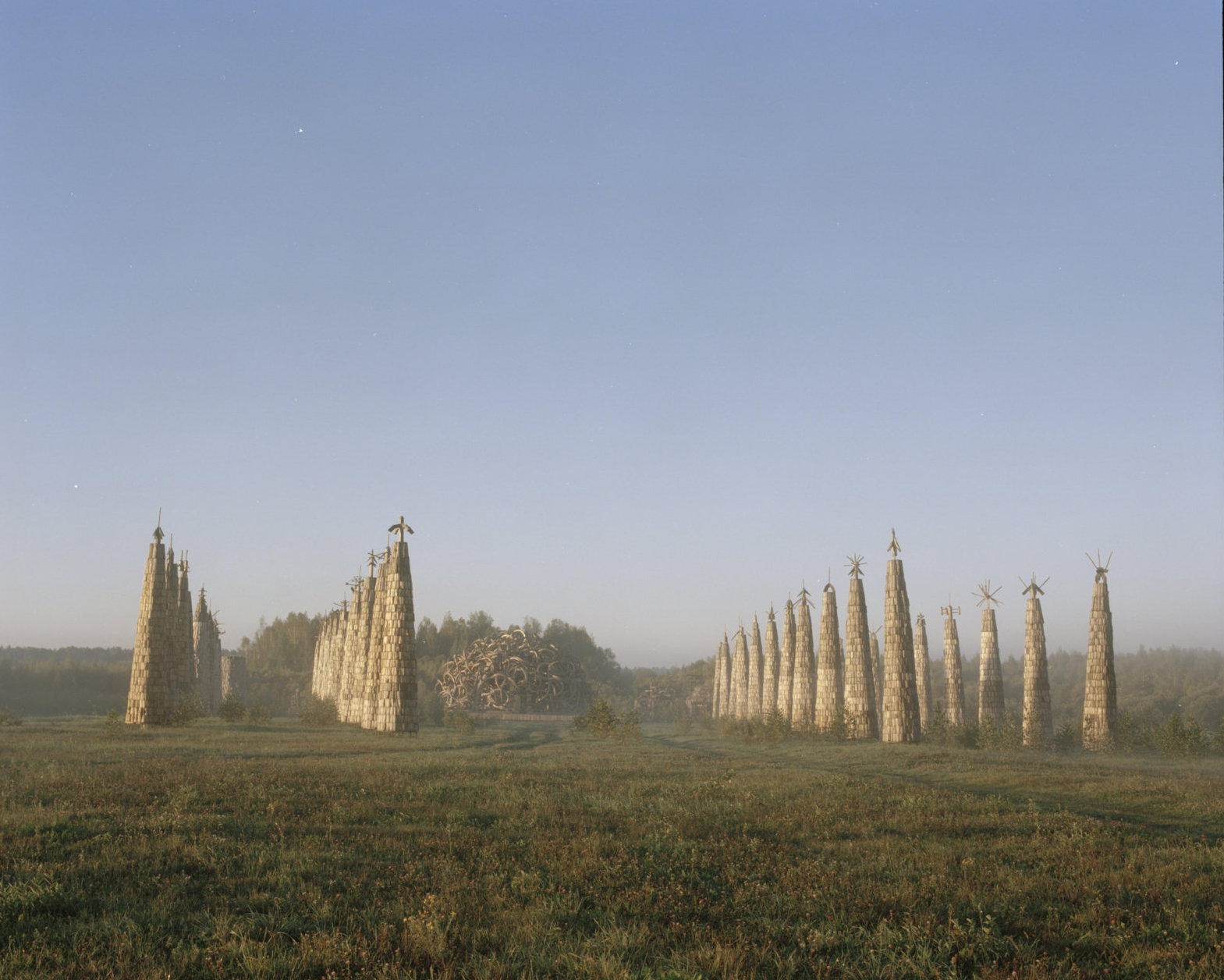 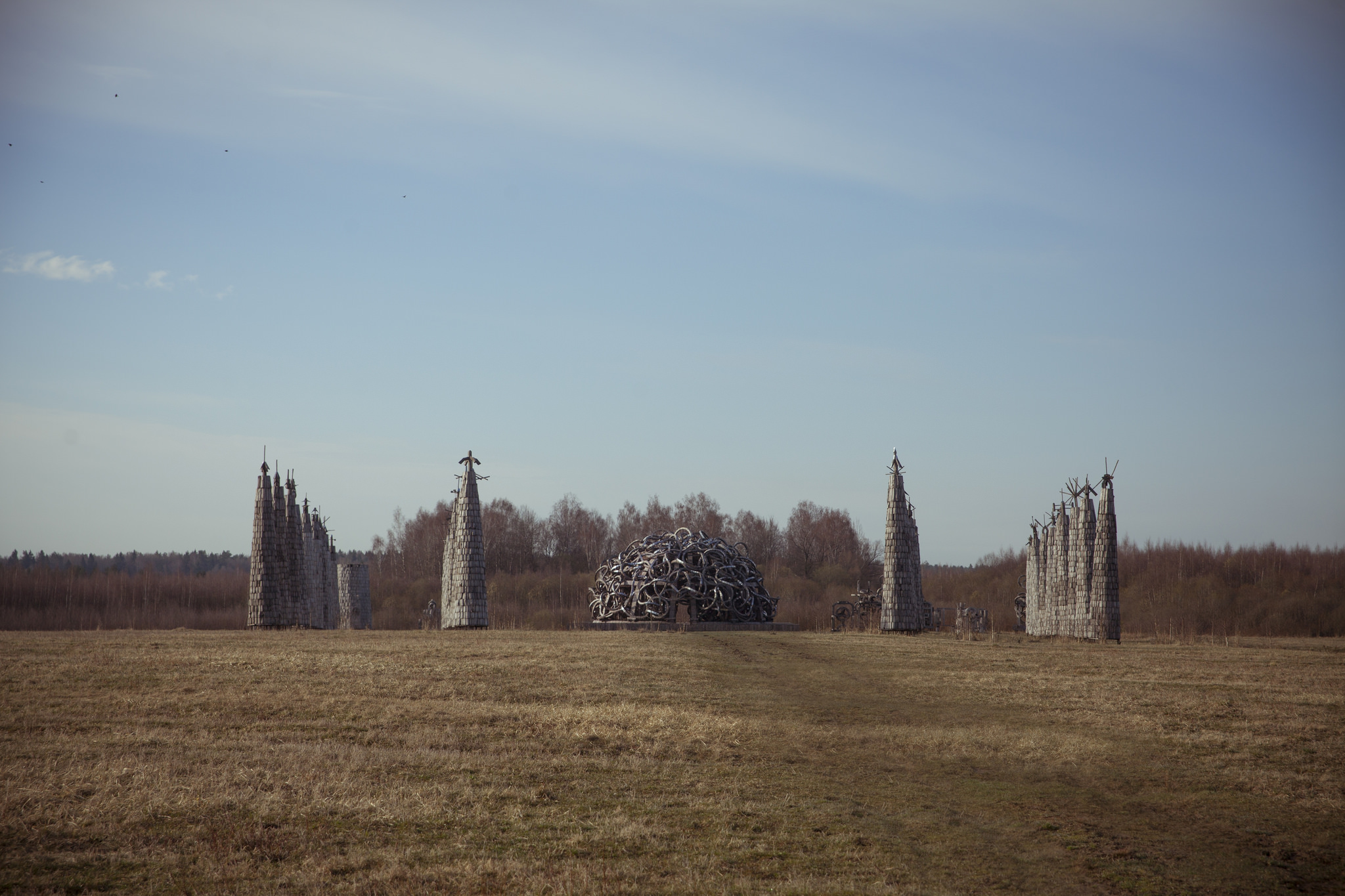 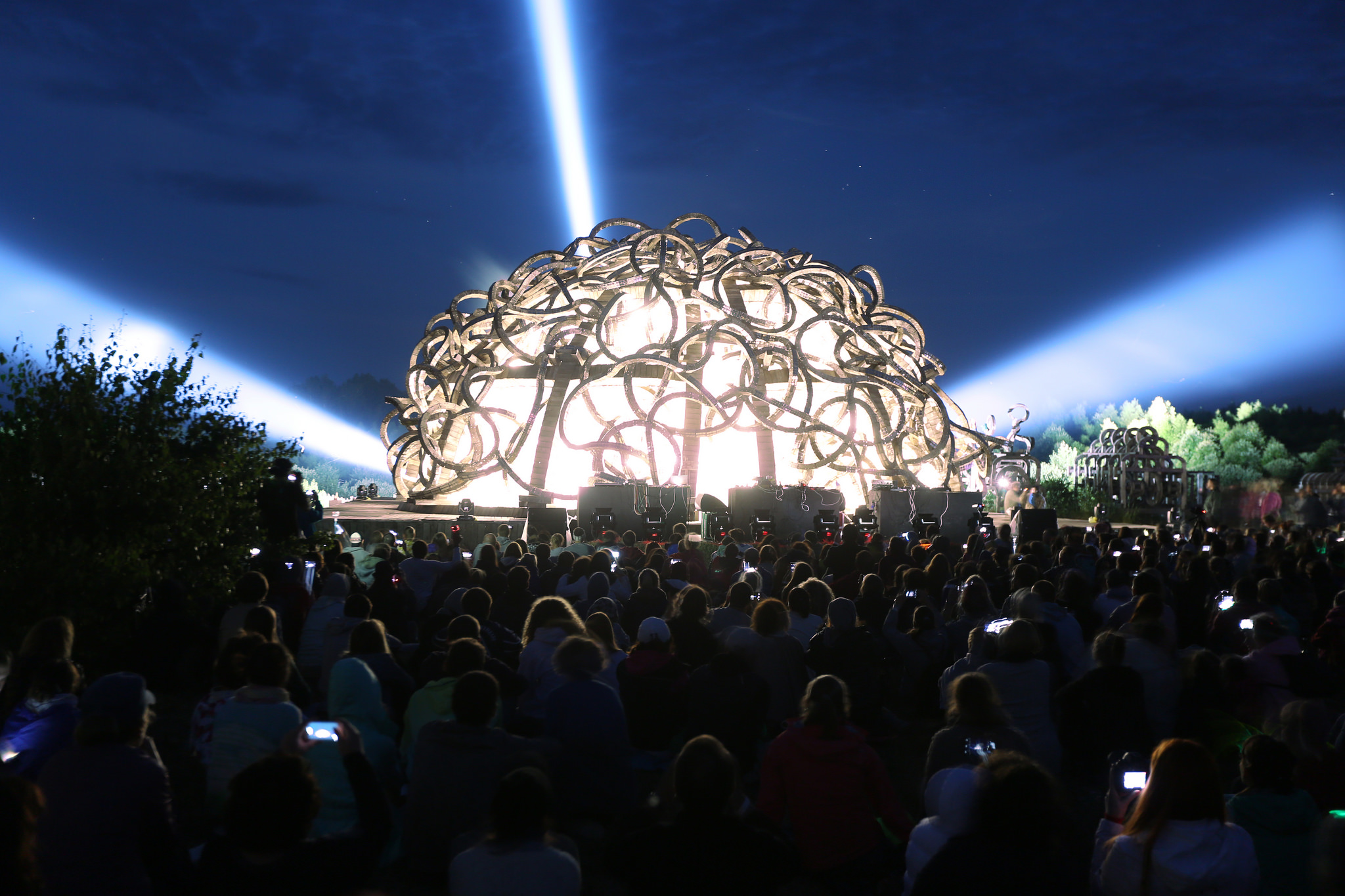 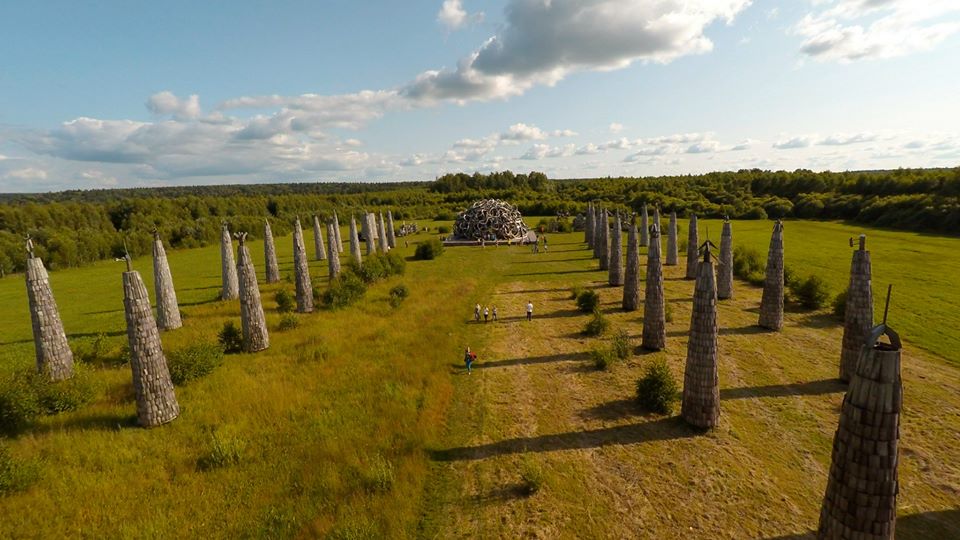 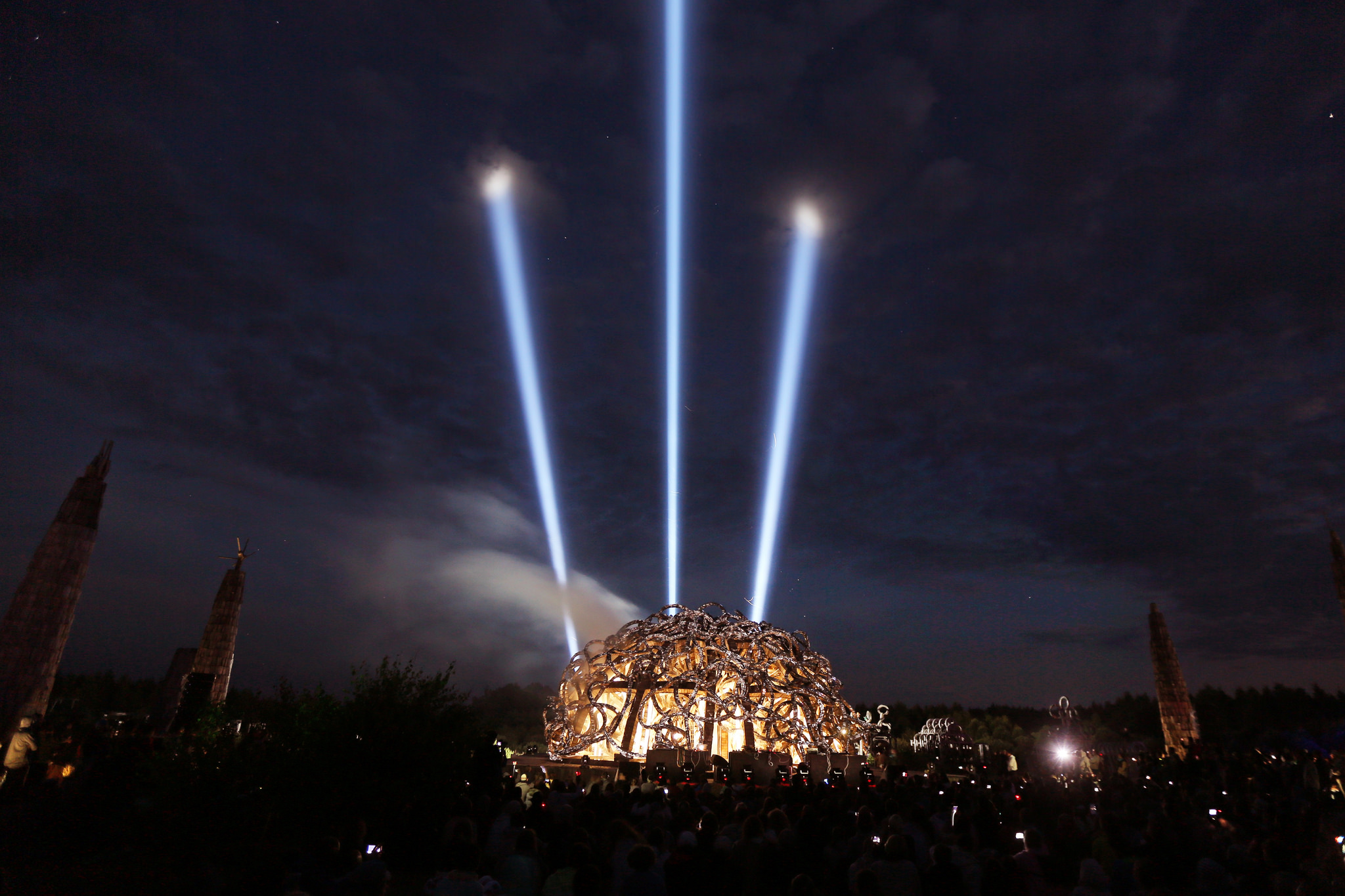 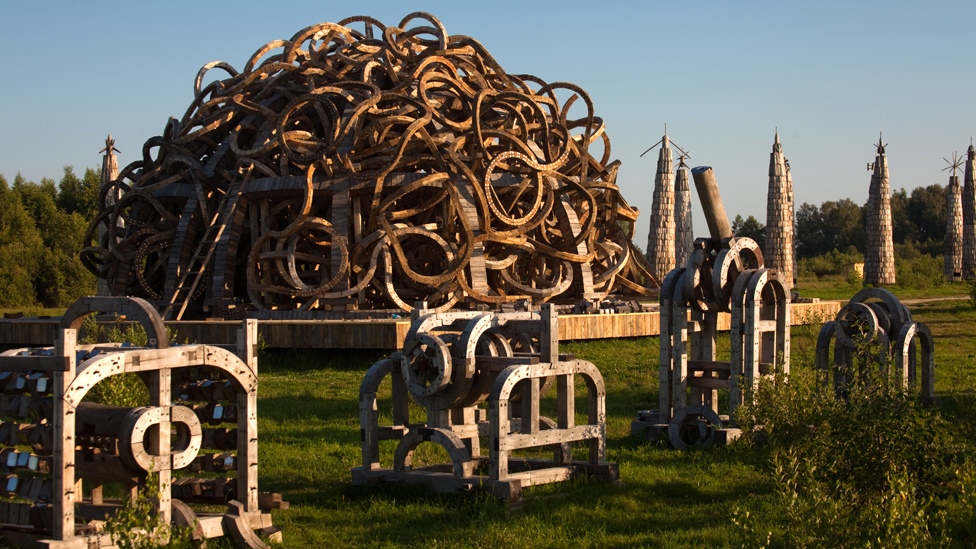 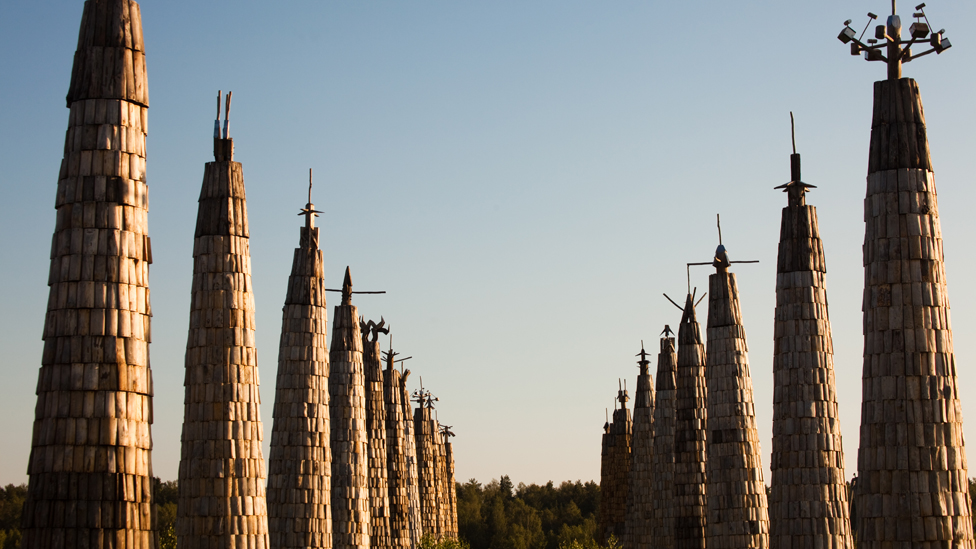 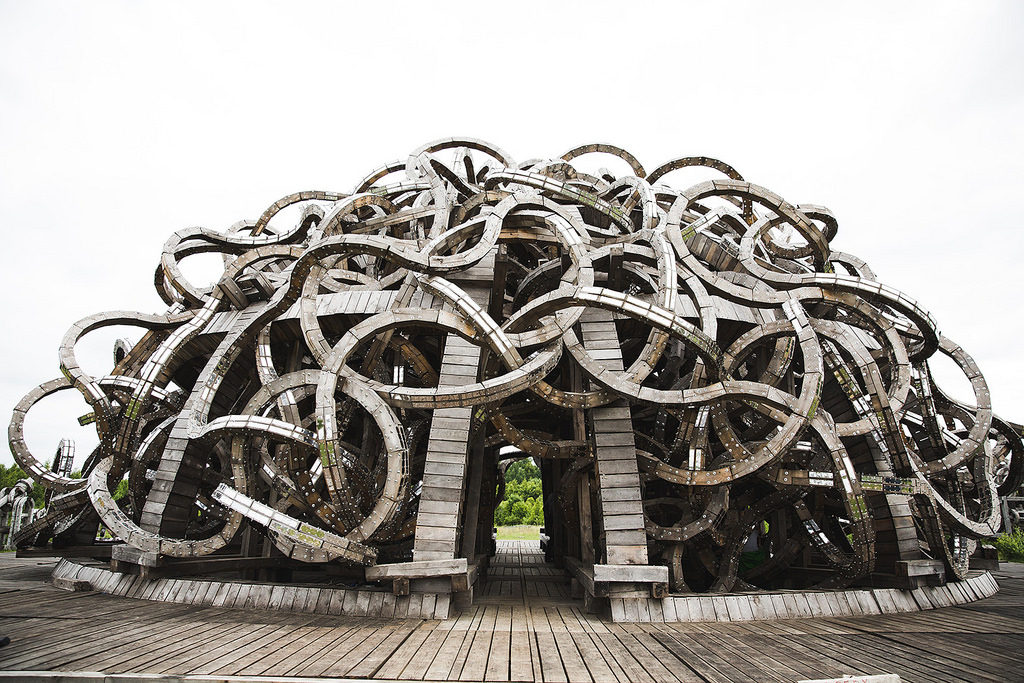 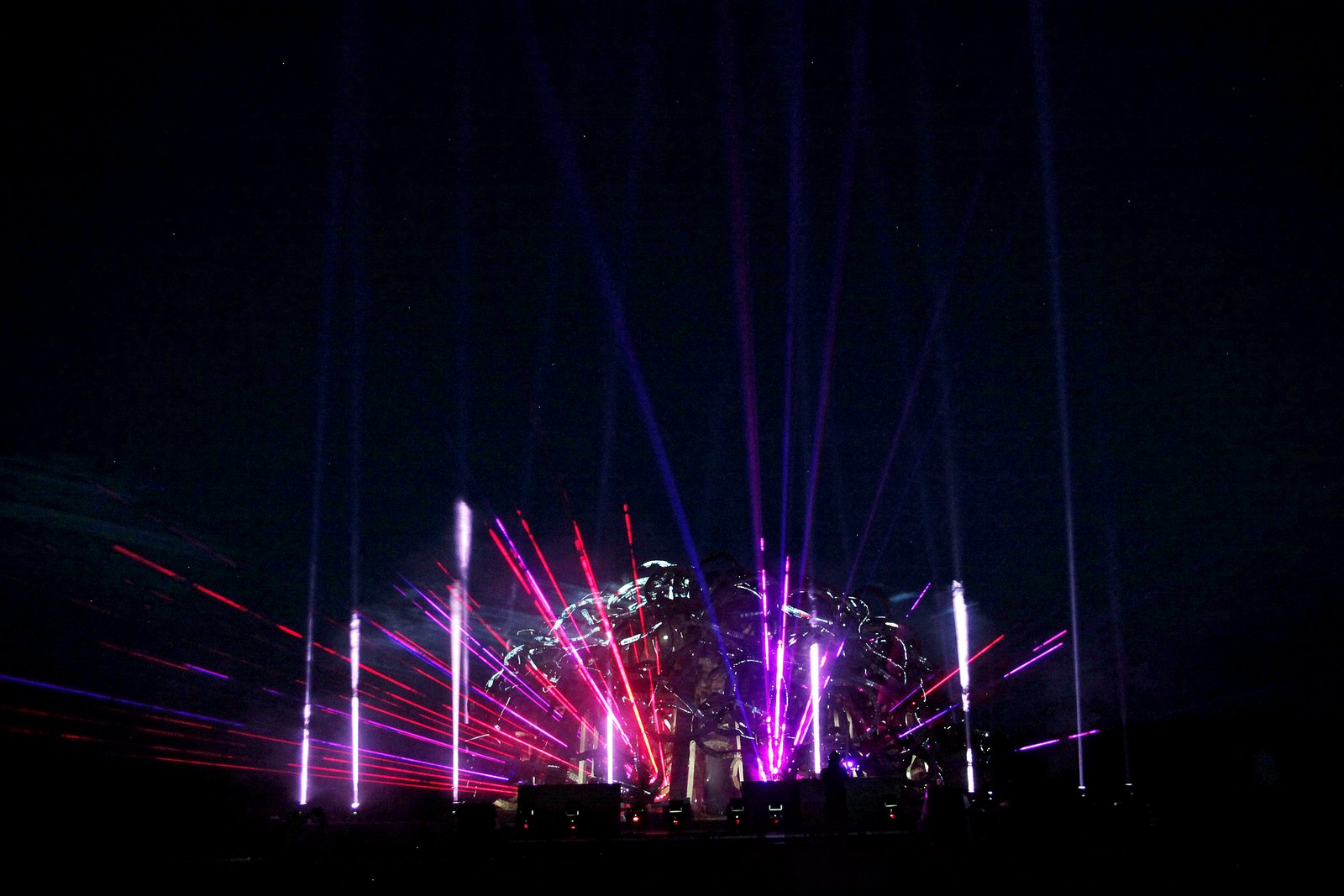 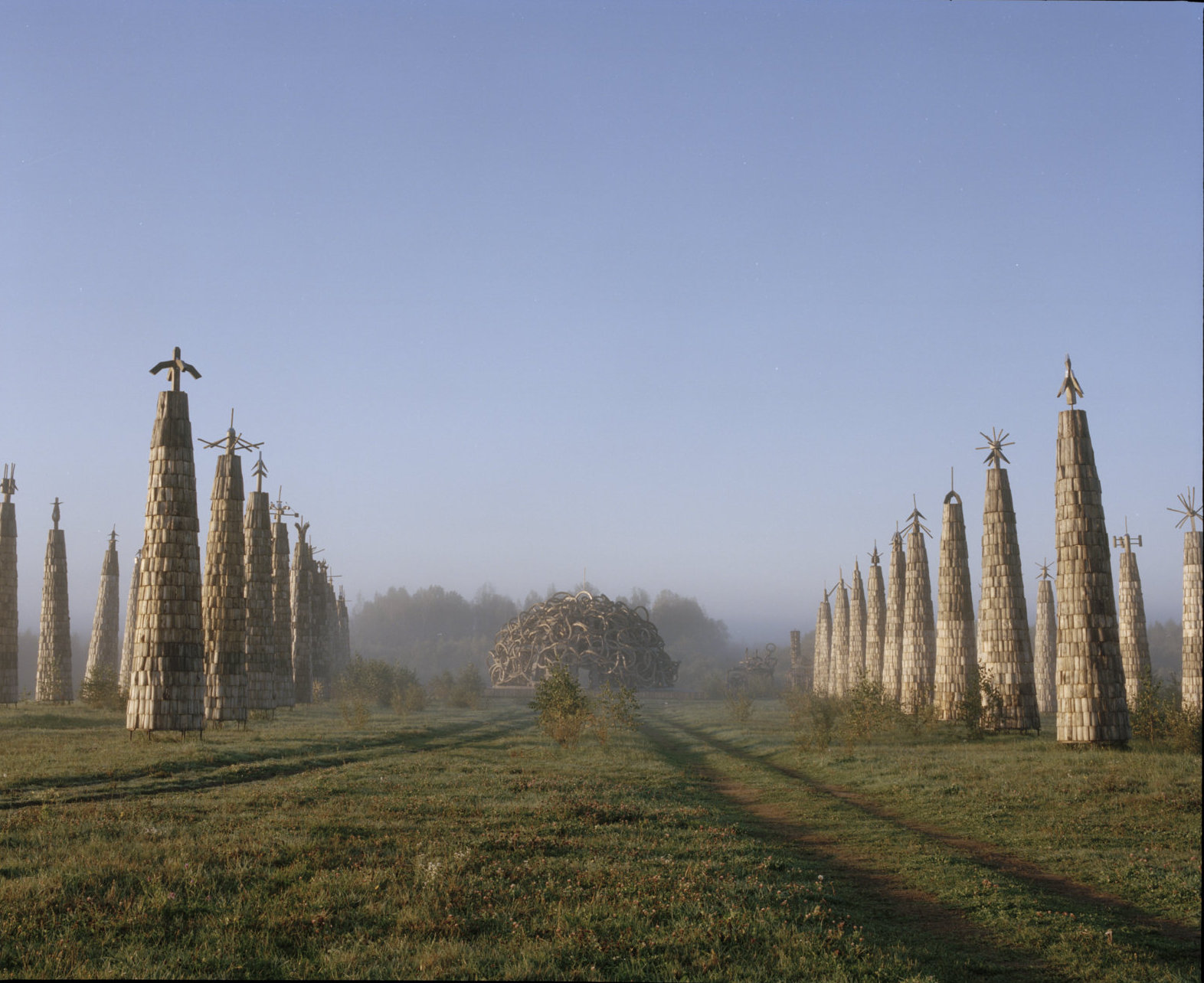 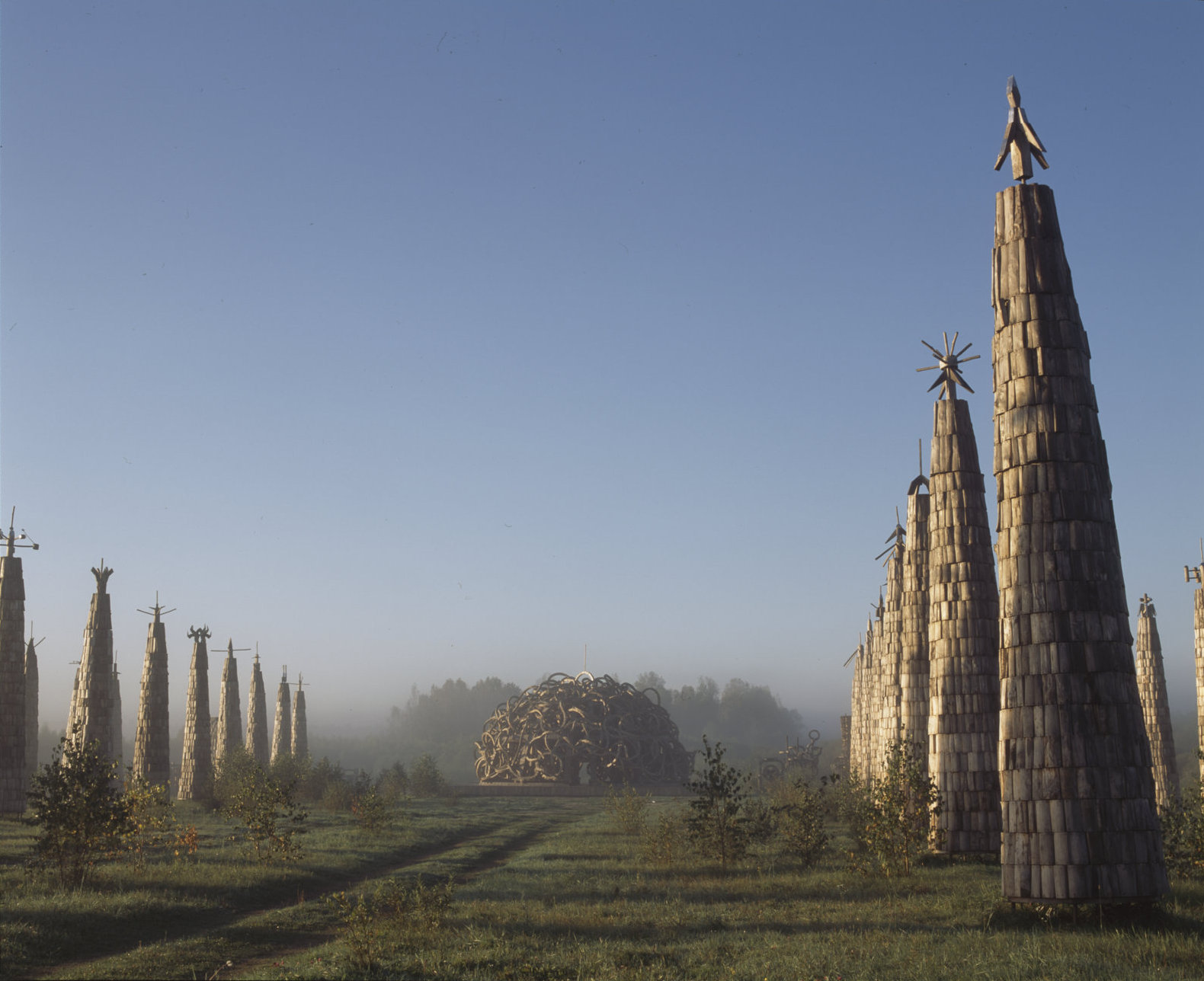 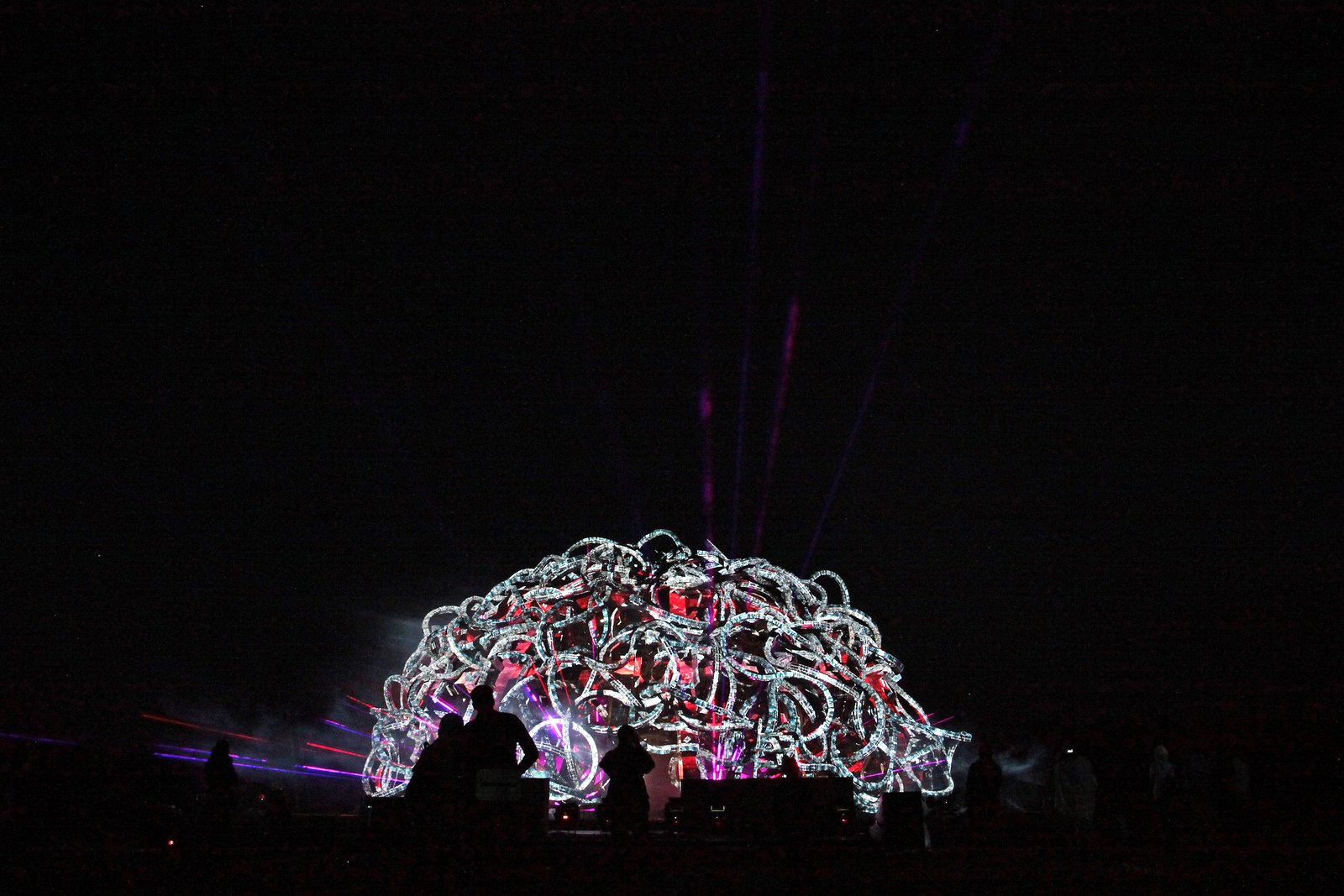 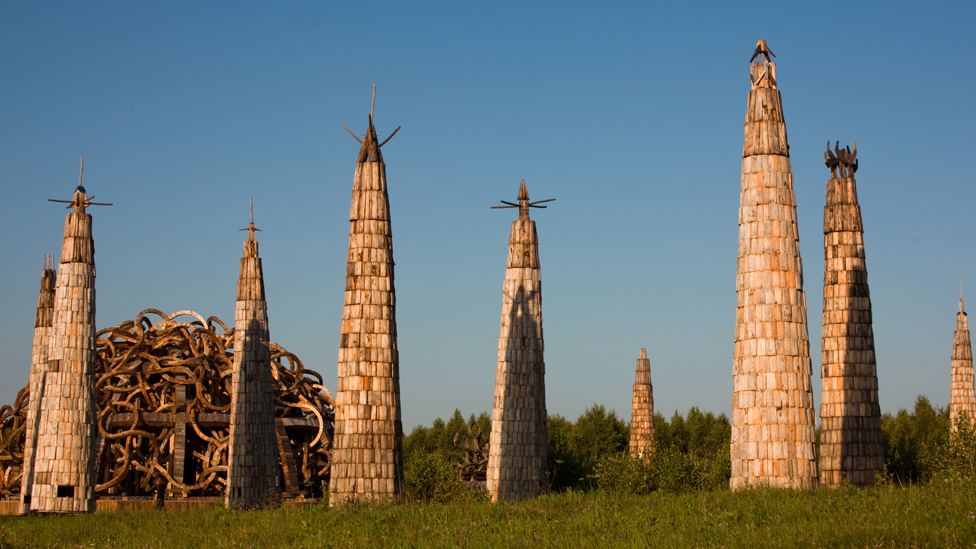 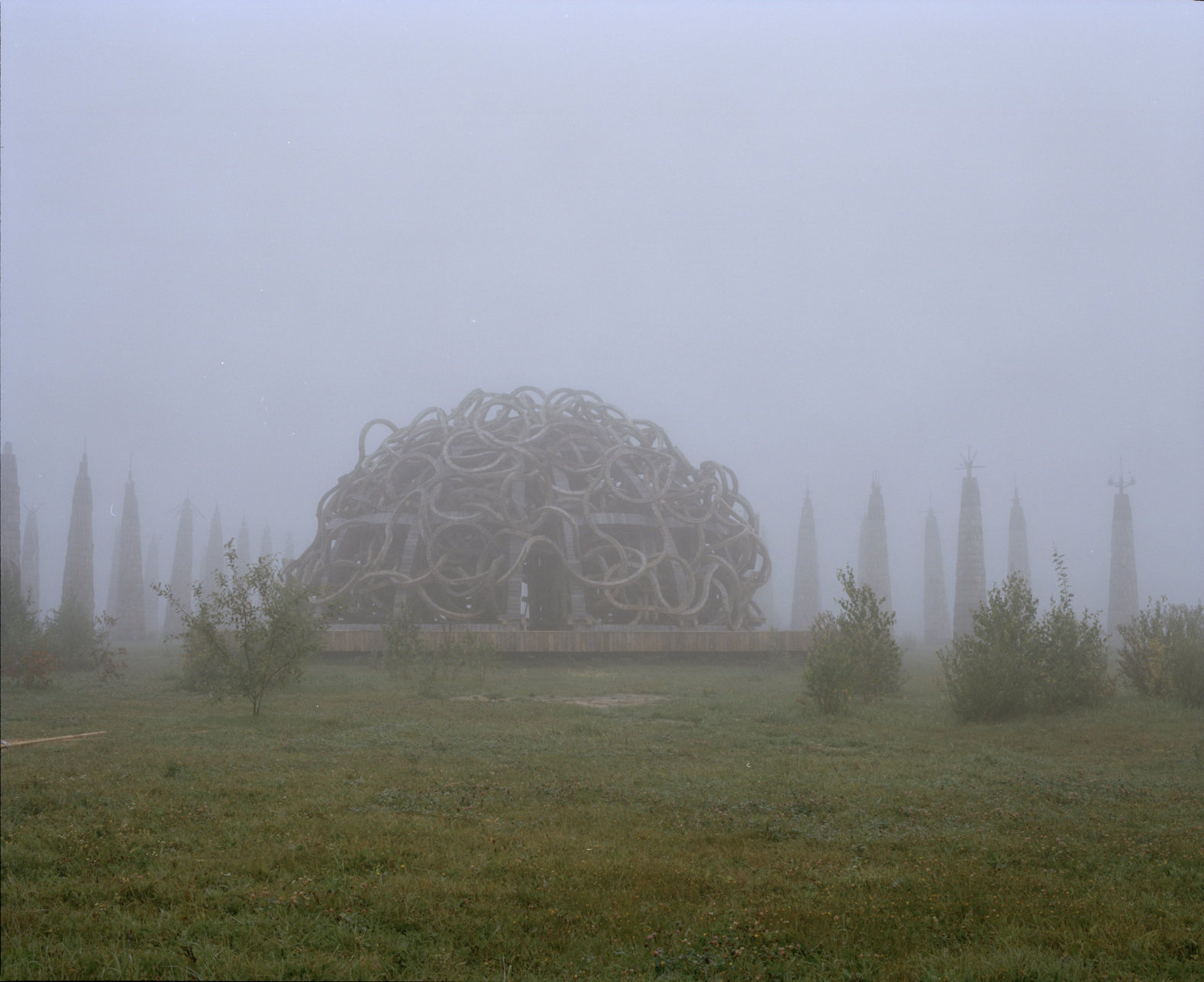 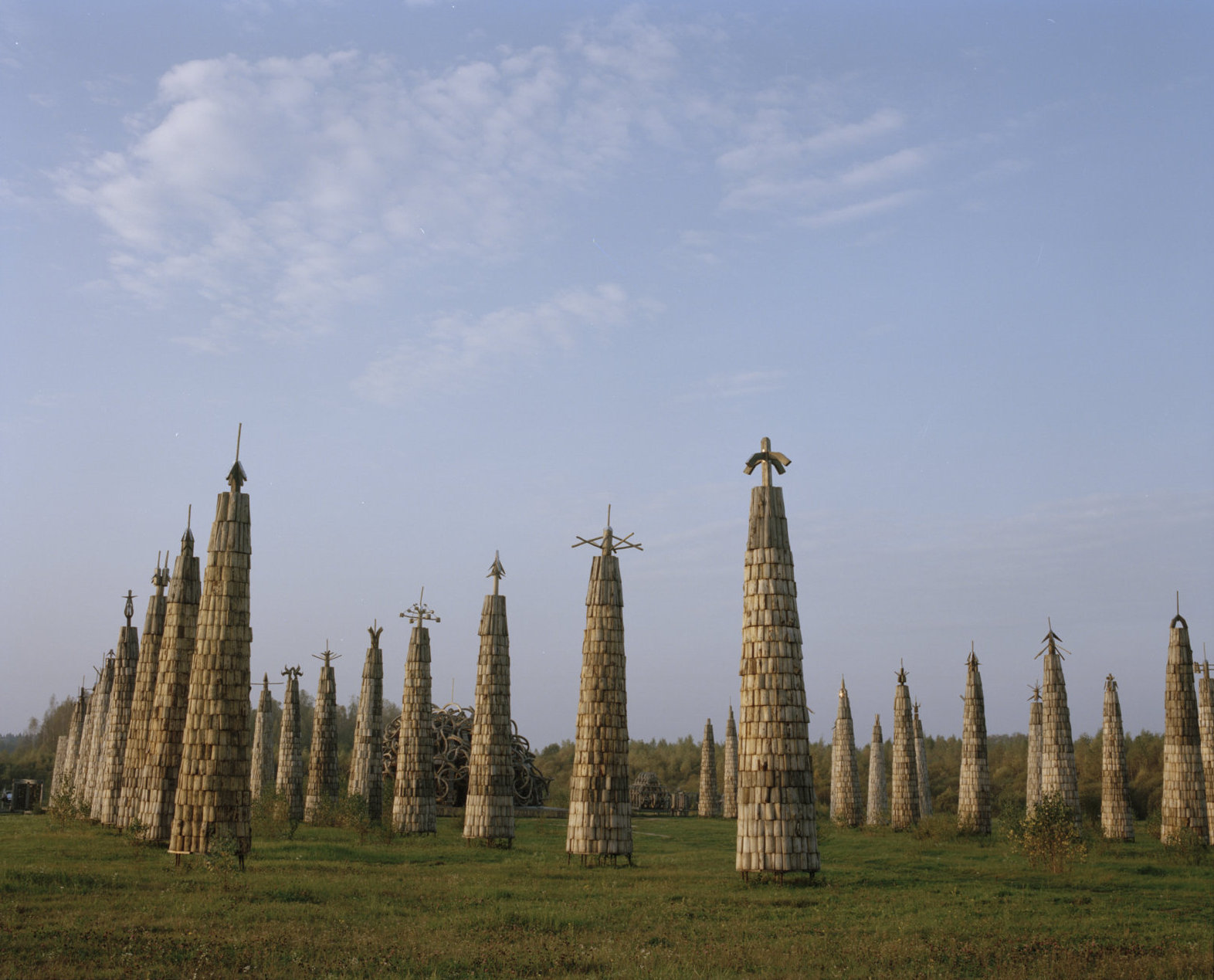 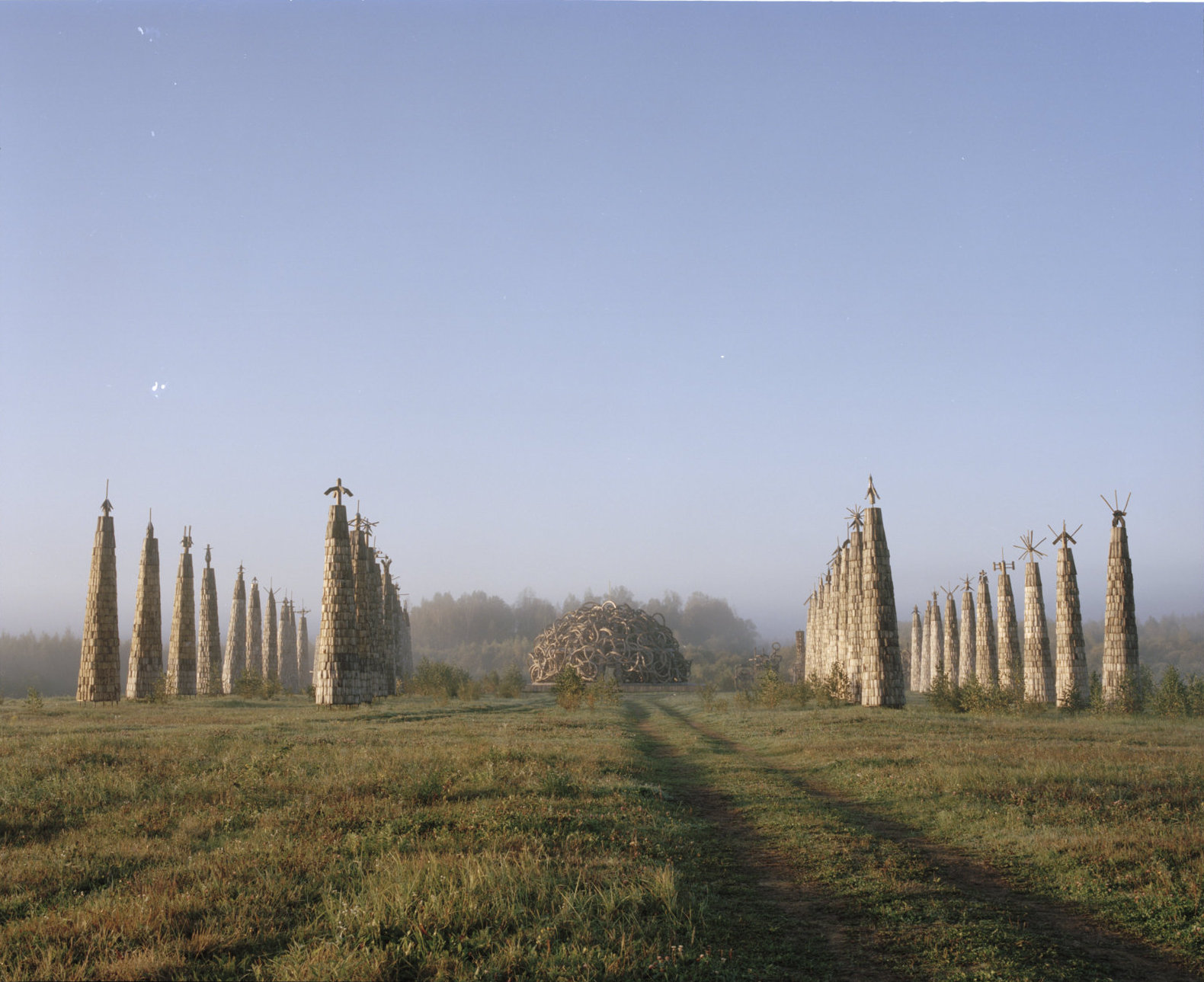 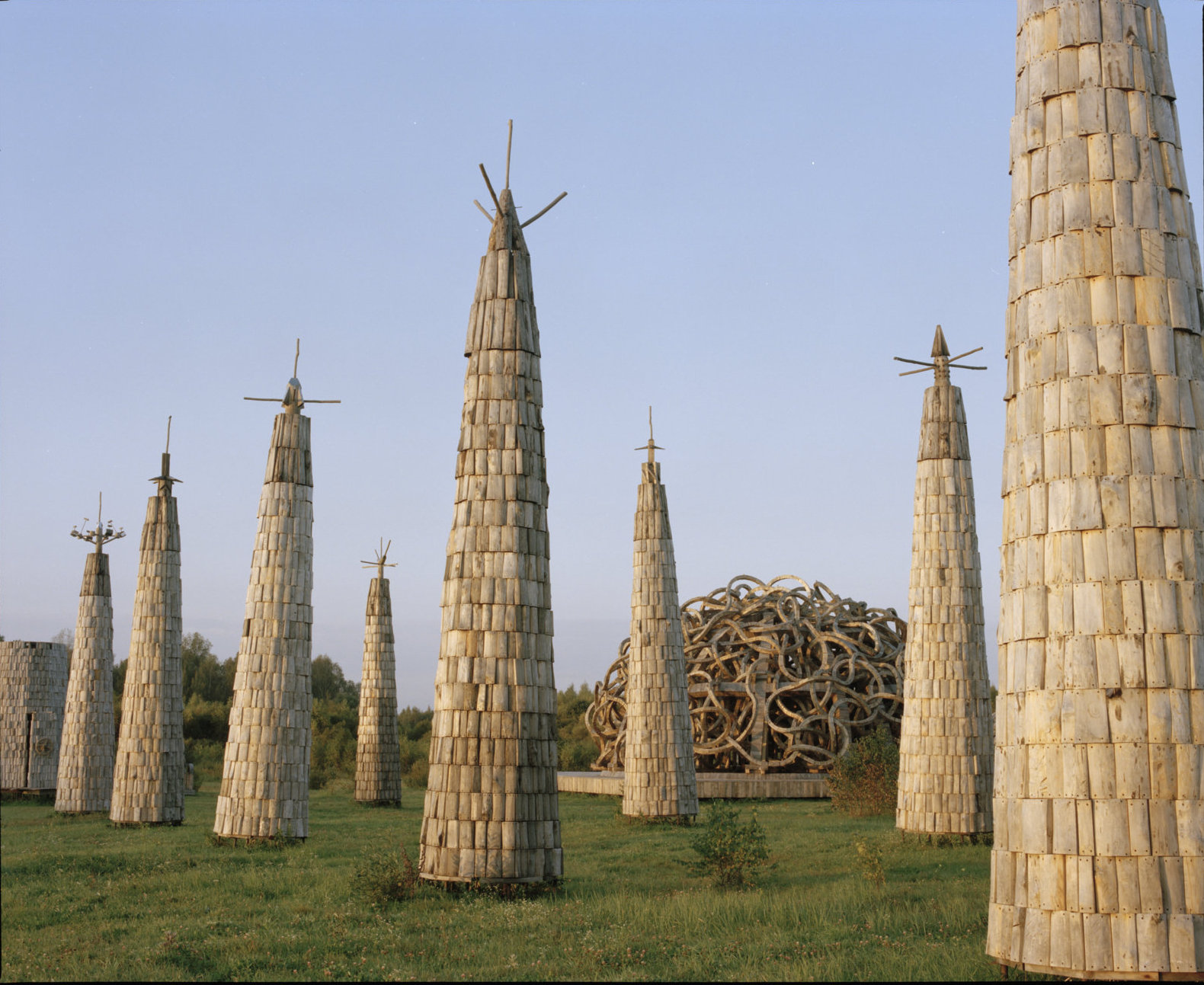 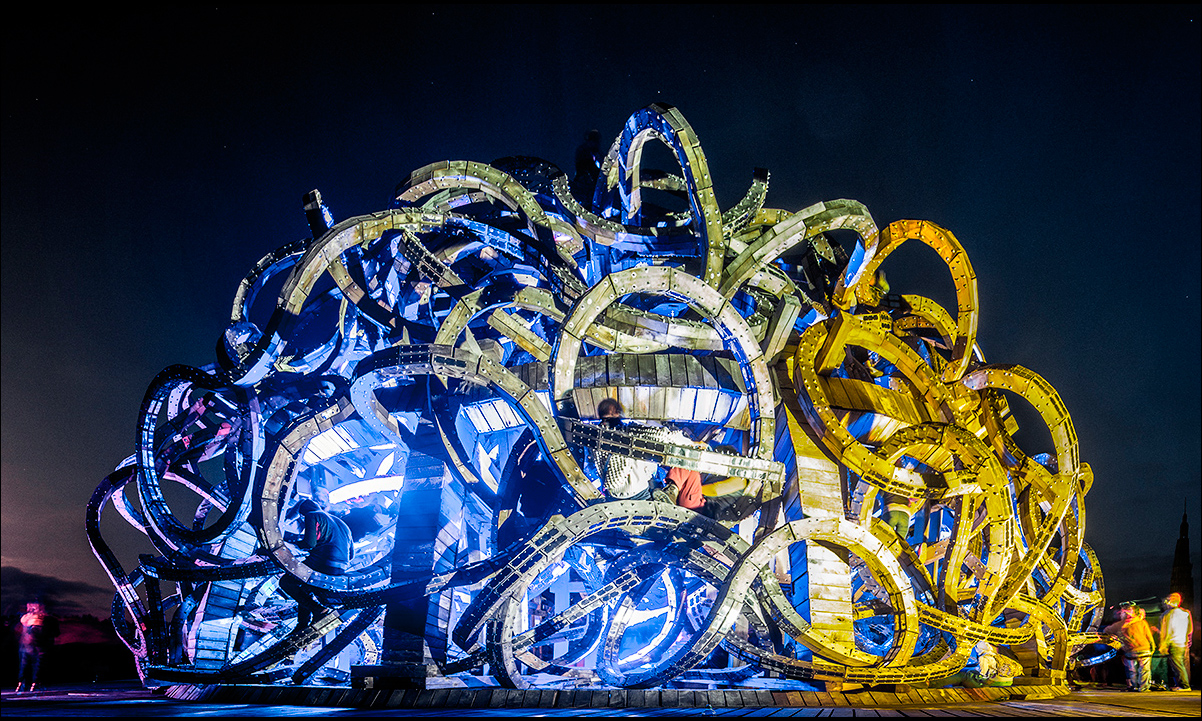 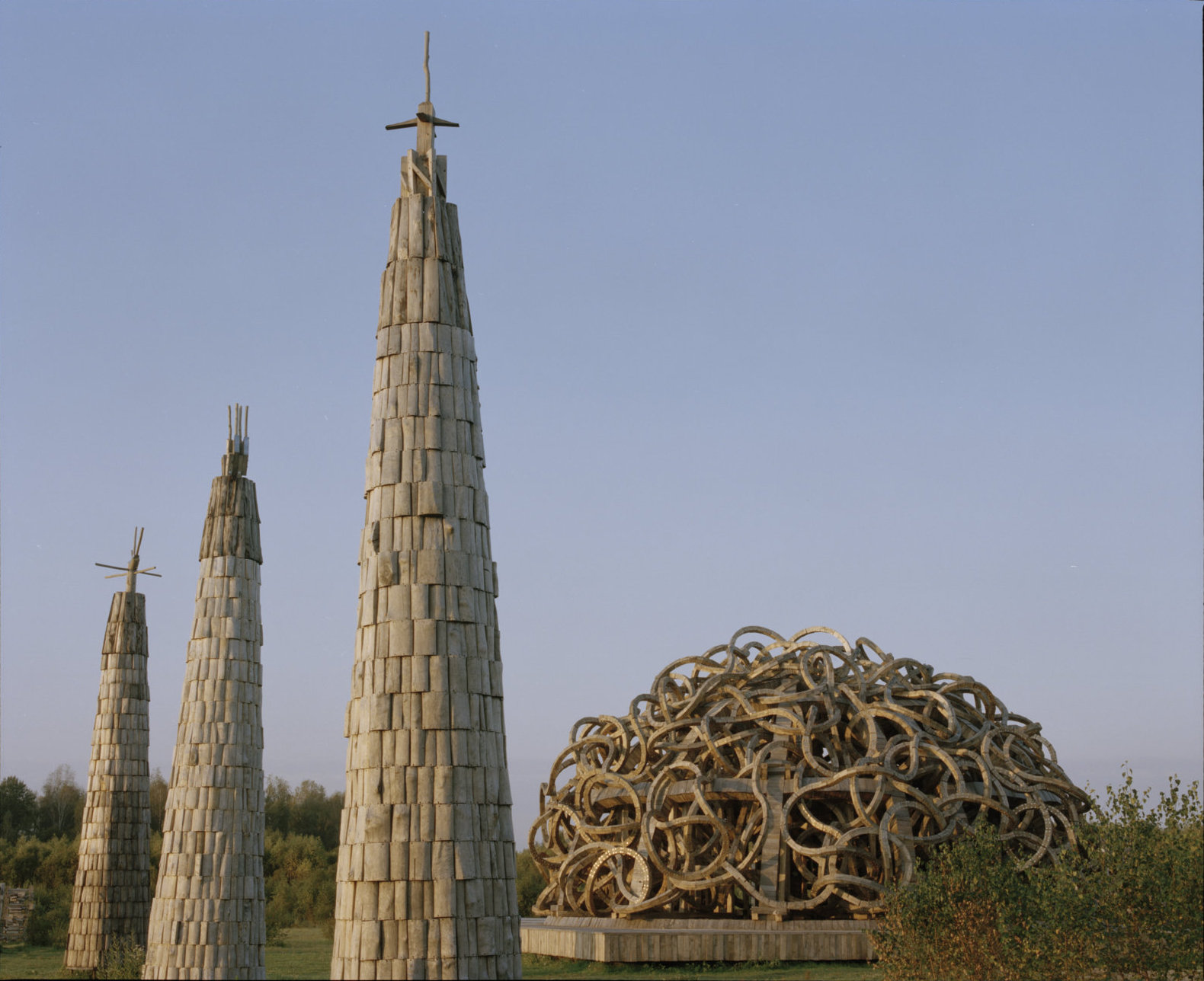 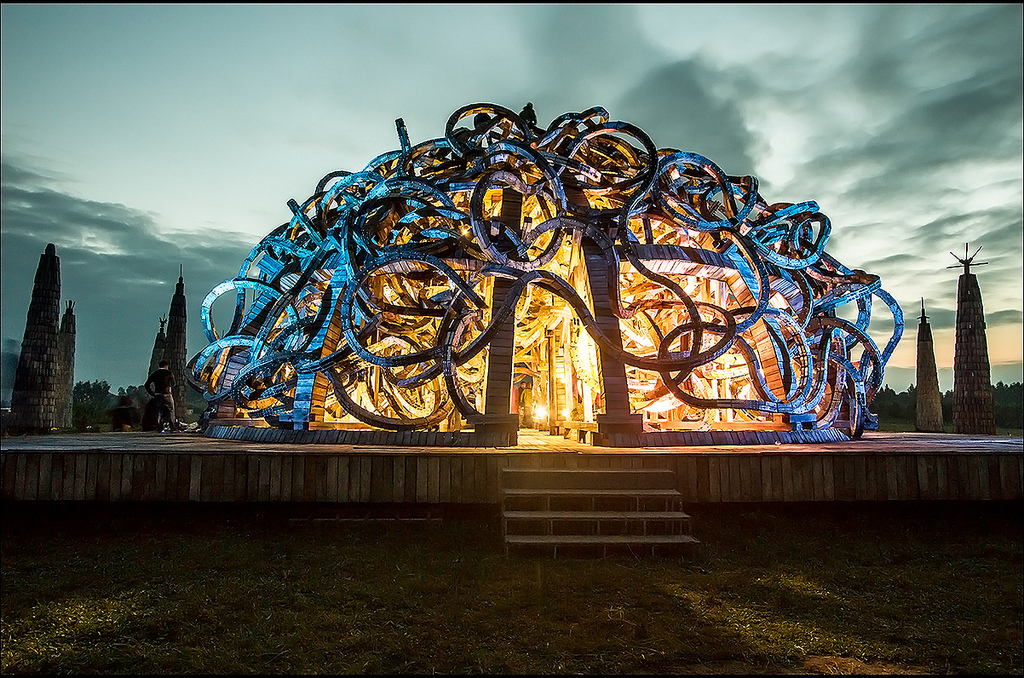 To create an artificial intelligence is a task modern science had yet to achieve. All of the attempts to build a thinking machine hit insuperable obstacles over and over again, never achieving real results. In that sense, scientists are a lot like artists. With their utopist ideas, they amaze the public, form the tendencies of mass culture, and yet do not offer applied practical results. Subsequently, the artist, who decides to dedicate his work to the subject of thought or intellect, finds himself in a very tricky situation. It is known that a chess supercomputer can defeat the best Grand Masters of the world, thus changing our perception of the nature of thought. The installation “Universal Mind” is the latest work by Nikolay Polissky and the Nikola-Lenivets Arts and Craft on the theme of science. After his previous project from the scientific series, the “Large Hadron Collider”, the artist decided to take things further and to create his own version of an artificial intelligence, right in his village.

The “Universal Mind” has well-defined arrangement. At the head of the installation, based on a pedestal, is the centerpiece of the project: a gigantic figure, symbolizing the two hemispheres of a mechanical brain. As the main guide way leading here is a dual piazza, referring the audience to the visual forms of the classic sacral architecture of the ancient world. At the same time each colon reminds in its form a space rocket; reminding us that the space is the main aspiration of the planetary force and the will of the mind according to the founder of the noosphere Vladimir Vernadsky.

According to the plan, just like the collider, the sculptured “Universal Mind” can only work within the imagination of the observer. There are no spinning gear-wheels or running electrons in it, it cannot calculate chess combinations. However, using only the form, the “Universal Mind” should be able to create new meanings within a man’s mind and answer the ultimate questions. Just like an artificial intelligence.